An inquiry has already been ordered into allegations of land grabbing levelled against the TRS leader. 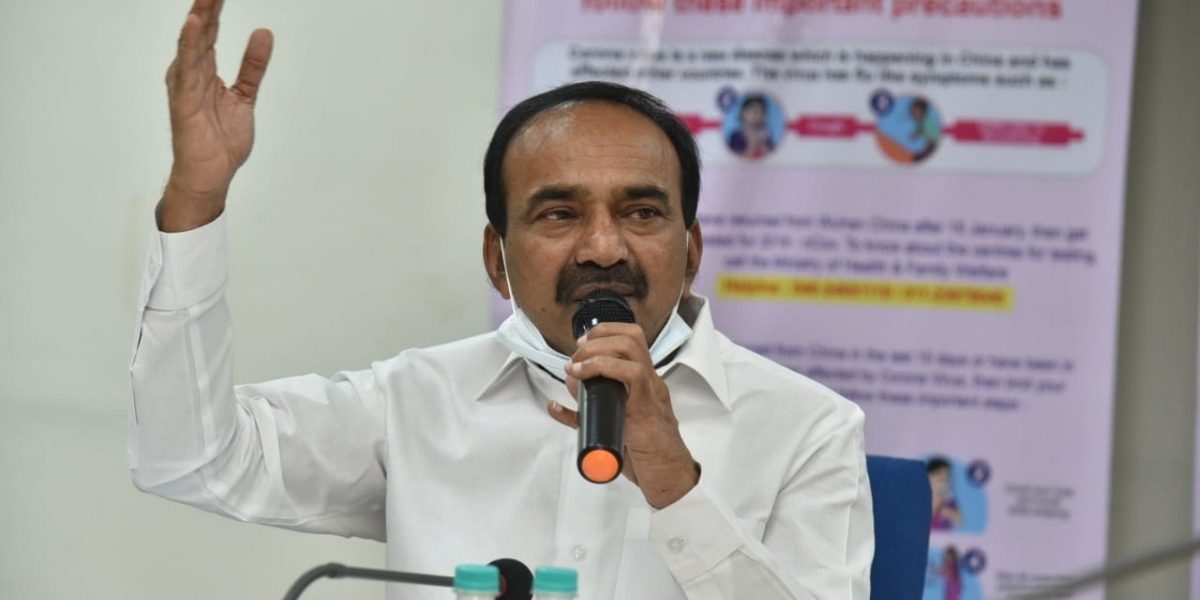 Hyderabad: A day after an inquiry was ordered into the land grabbing allegations levelled against health minister Eatala Rajender, his portfolio was transferred to Telangana chief minister K. Chandrasekhar Rao on Saturday.

“On the advice of the chief minister of Telangana, the Honble governor has approved the transfer of the medical and health and family welfare portfolio from Eatala Rajender to the CM with immediate effect,” an official communique said.

Now Rajender would remain a minister without any portfolio in KCR’s cabinet.

Rao had on Friday directed chief secretary Somesh Kumar to conduct an inquiry into the allegations of encroachment of land by Rajender on the outskirts of Achampet about 55 km from here.

Reacting to the development, Rajender told the media that the allegations appear to be planned and he will announce his future course of action after discussing the issue with his supporters.

“I came to know that my portfolio was taken by the CM. The chief minister has the right to take any portfolio. He has control over all subjects. It appears all these are planned developments. I will react after I get all the information. I was busy with COVID-19 pandemic issues,” he said.

A senior official, who was part of the probe team, told reporters that prima facie, there was encroachment of assigned land at Achampet.

He, however, refused to divulge details saying they were yet to prepare a report and submit it to the government.

The development has kicked up a political storm in the state with opposition parties demanding a similar investigation into some of Rao’s cabinet colleagues and ruling party MLAs.

Alleging that Rajender was made a scapegoat, AICC national spokesperson Sravan Dasoju said Rao was trying to make up for his ‘failures’ in curtailing the pandemic COVID-19 spread in Telangana.

“If at all the minister is really involved in land grabbing, he must be punished by the government. But, why only the BC [backward classes] minister is being targeted? he asked.

“Justice must be equal to everyone then, why are you sparing the other alleged ministers, MLAs and your own son KTR [K.T. Rama Rao]? No one knows on what basis the SC leader and the then deputy chief minister M. Rajaiah was removed from the cabinet and what is going to happen to Eatala,” Dasoju lamented.

BJP Telangana chief spokesperson, K. Krishna Saagar Rao hit out at KCR, saying he was leading a corrupt government in the state, and called most of his ministers and MLAs as “corrupt land grabbers,” who are fleecing poor and common people of the state.

Rao should constitute a high-level enquiry commission immediately, to investigate not just allegations on Rajender, but all other ministers and MLA’s of TRS, Sagar Rao demanded.