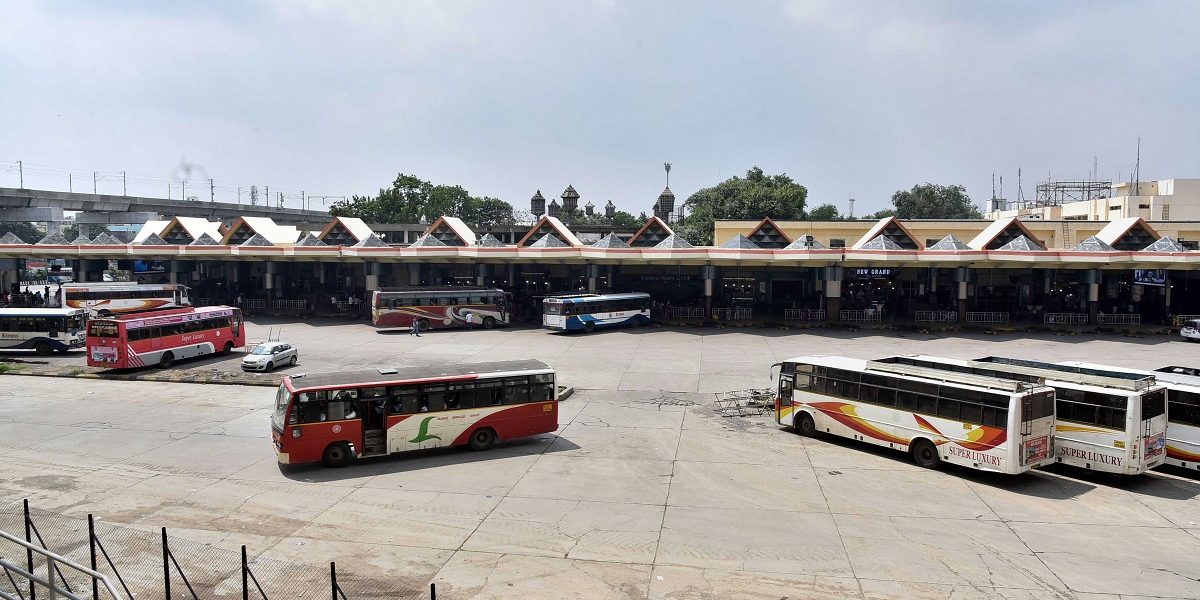 Employees of the public road transport body have been on a strike since Saturday morning, demanding the corporation’s merger with the government. Among the other demands were filling various posts and better pay and job security. A call to strike was given after talks with the government failed to make any headway.

As several passengers were left stranded by the strike, the government set a deadline of 6 pm on Saturday for the striking employees to report back to duty. Only about 1,200 employees did, while nearly 50,000 continue to be on strike. Addressing the press on Sunday night, KCR said that those who had not reported back to duty will now lose their jobs.

“As on today, we have only 1,200 staff in the corporation as the rest of them did not report, and would not be taken into service under any circumstances,” the chief minister said in a press release. He said the government cannot be “cowed down by blackmail tactics”.

“There would be no more talks with the unions,” he said, adding that the measures being contemplated would usher in a new chapter in the annals of the corporation.

The stir by nearly 50,000 staff members entered the second day on Sunday with buses of the state-run TSRTC staying off the roads, affecting thousands during the festive season. Unions have indicated that they will not back down despite the government’s move to sack them.

Different employees’ and workers’ unions of the TSRTC began an indefinite strike on Friday midnight across Telangana on a call given by the Joint Action Committee (JAC). The Andhra Pradesh government had approved the merger of its RTC with the government, prompting employees in Telangana to make a similar demand.

On Saturday, daily commuters and people travelling to their hometowns were left stranded by the strike. In Hyderabad, the metro reported that it had twice the average footfall as a result of public transport buses staying off roads.

Rao, who chaired a high-level review meeting with transport minister P. Ajay Kumar and senior transport department officials, rejected the demand of the unions. He said the RTC is incurring losses to the tune of Rs 1,200 crore and has a debt of Rs 5,000 crore.

“They have committed a grave mistake. Under no circumstances, will the RTC be merged with the government. The government will not hold talks with those who went on strike,” Rao said.

As an emergency measure, the government will hire 2,500 private buses.

The government will put an end to “blackmail tactics, indiscipline and actions that often create headaches”, a press release said by privatising 50% of the RTC’s buses.

Rao said normal RTC operations will be restored in 15 days and new employees will be hired soon. These employees will have to give an undertaking that they will not join any trade unions.

A committee formed under the chairmanship of senior IAS officers Sunil Sharma and Sandeep Sultania will look at all these issues and submit its proposals on Monday, it said.

“RTC should earn profits. It should be made into a profit-making organisation. People should not suffer under any circumstances. Profits should also be made from the RTC cargo service,” the release quoted Rao as saying.

TSRTC JAC chairman Ashwathama Reddy said the protest will continue until the unions’ demands are met. Raising slogans against the state government, members of employees’ and workers’ unions took out protest rallies in different districts on Sunday.

The union leaders said they would hold a day-long fast on Monday in Hyderabad and warned that the agitation would be intensified.

Telangana Congress chief Uttam Kumar Reddy said on Twitter that the party stands by RTC employees and will “participate in all their struggles against this dictatorial attitude”.

Congress legislative party leader Mallu Bhatti Vikramarka told reporters in Hyderabad that the party has reason to believe that the chief minister wants to hand over the corporation to a private company owned by a ruling TRS member. “He knows that the corporation, which is already in debts could be easily privatised. People of Telangana should understand this conspiracy and resist it,” he said.

The BJP also condemned the “thoughtless and provocative decision”. The party’s state president K. Laxman said KCR has no right to take this “unilateral action” without any substantial reason. “His order will be challenged in courts and can never be actually implemented,” he said.

“KCR with his brazen decision to dismiss RTC employees is trying to impact thousands of employees and their families and drag them on to the roads during festival season. This is the reward KCR wants to give to the employees in the state for having fought alongside for Telangana formation,” the Telangana BJP chief said.