The man's family was kept in the dark on his whereabouts for four days after he was taken into custody. They were informed that he was in the hospital after having sustained injuries, which he later succumbed to. 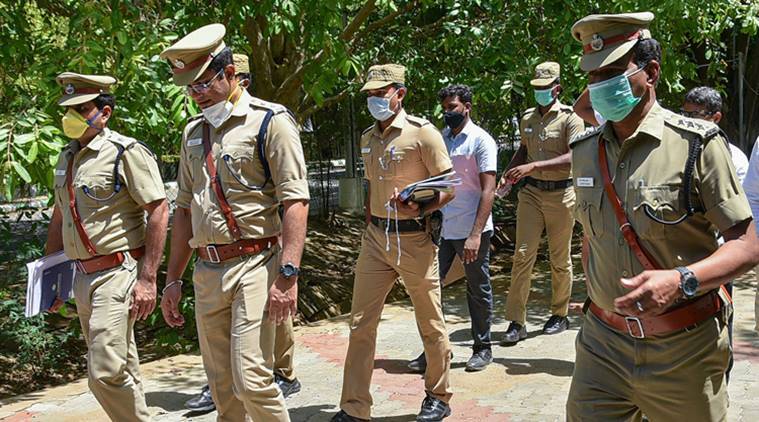 New Delhi: A Dalit man with a disability residing in Karuppur in Tamil Nadu’s Salem district was found dead in police custody on January 12 after he, along with his wife, was picked up from their home on allegations of theft, The News Minute reported.

Prabhakar and his wife, Amshala, who belongs to a Scheduled Tribe (ST), were allegedly apprehended from their home on January 8 by a team of police officers from three different police stations in the state’s Namakkal district. They were reportedly looking for suspects in a jewellery theft case.

Prabhakar’s brother Sakthivel, who witnessed the incident, claimed that the police abused the couple both physically and verbally when they picked them up. Sakthivel subsequently filed a complaint against the police action in which he noted that the officers present dragged Amshala by the hair and threatened the residents in the neighbourhood who came out of their homes upon hearing the commotion.

An FIR was filed by the Salem city police on the basis of Sakhtivel’s complaint under CrPC Section 176 (inquiry by magistrate into cause of death).

Also read: After Another Police Killing in Tamil Nadu, Families, Activists Look for Justice and Change

According to Sakhtivel’s statement, Karuppur police arrived at the scene after being notified of the commotion. They subsequently took custody of the couple, saying that they would be lodged in the Karuppur station. However, when Sakthivel went to look for them, they were not there.

After two days of searching with no success, Prabhakar’s son filed a missing persons report on January 10.

According to the FIR, the family reportedly received a call on January 12 from someone who identified themselves as police that told them that Prabhakar was at the Government Mohan Kumaramangalam Medical College and Hospital in Salem.

At the hospital, Sakthivel reportedly discovered that Amshala had been remanded to the women’s prison in Salem and Prabhakar was sent to the Namakkal sub-jail the previous day. Thereafter, when Prabhakar’s condition worsened, he was taken to the Salem General Hospital where he eventually died.

Amid allegations of custodial torture, three police officers who were present when the couple were taken into custody – Poonkodi, Kulanthaivel and A. Chandran – have been suspended, according to the TNM report.

Subsequently, the news organisation received a video from the Viduthalai Chiruthaigal Katchi (VCK), a social movement and political party, in which Amshala narrated the events of January 8.

In the video, Amshala describes how Chandran allegedly beat the couple, threatened them and attempted to strongarm them into ‘admitting’ that they possessed the stolen jewellery, despite Prabhakar’s long-term disability which made him unable to walk.

No police personnel that the news organisation spoke with was able to provide a definitive account of the incident.