The court also essentially reaffirms that the Aadhaar scheme is completely voluntary, until it eventually decides one way or the other. 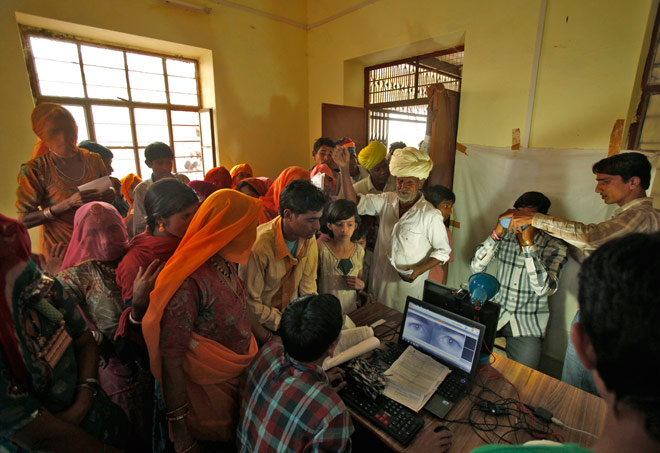 A screenshot of the Supreme Court’s order last week on making Aadhaar mandatory for scholarship schemes. Credit: The Wire

New Delhi: The Supreme Court has ruled that the Modi government’s national scholarship portal cannot require students to sign up for an Aadhaar number as part of its registration process, in an order that not only reaffirms the court’s earlier decision to keep the identification scheme voluntary but also throws into question the Centre’s attempts at making Aadhaar integration mainstream.

The court order came on a writ petition by the All Bengal Minority Students Council earlier this month, which pointed out that the government’s attempts at making “Aadhaar submission mandatory” for a majority of scholarship schemes ran contrary to the Supreme Court’s interim order last year on the voluntary nature of Aadhaar.

Bench of justices V Gopala Gowda and Adarsh Kumar Goel ordered that the Centre’s decision to make the submissions of an Aadhaar number mandatory for the pre-matric, post-matric and merit-cum-means scholarship schemes must be halted.

“We stay the the operation and implementation of letters dated…to the extent that they have made Aadhaar submission mandatory,” the court’s order reads.

More significantly, the court also directs the ministry of electronics and information technology, which was also a respondent, to “remove Aadhaar number as a mandatory condition for student Registration form at the National Scholarship Portal…”

The Supreme Court references its, earlier interim order on the biometric authentication scheme last year, noting that “our attention was invited to Para 5 of the order dated 15-10-2015 passed by this Court..”

Paragraph number 5 in question goes as follows: “We will make it clear that the Aadhaar card scheme is purely voluntary and it cannot be made mandatory till the matter is finally decided by the Court one way or the other.”

This paragraph has been particularly troublesome for the Modi government, which sees mainstream implementation of the identification system as important for India’s development. As The Wire reported earlier, major ministry officials are confused over whether notification of the Aadhaar Act negated to a certain extent the Supreme Court’s order last year on keeping Aadhaar voluntary.

Attorney General Mukul Rohatagi for instance, sees the notification of the Aadhaar Act as overriding all concerns raised by civil society and the Supreme Court. In remarks to the media on September 12th, which is when sections pertaining to the mandatory use of Aadhaar were notified, Rohaagi pointed out that the law “takes care of all concerns surrounding potential misuse”.

“The earlier challenge against mandatory use was against an executive notification that conceived Aadhaar. Now, the law takes care of all concerns surrounding potential misuse,” Rohatagi said.

The Supreme Court, in its order on the government’s scholarship schemes, does not appear align itself with this argument. It takes note of petitioner’s main argument, namely that making submission of Aadhaar card mandatory “are contrary to the interim order passed by the Constitution Bench and therefore, to that extent they are not tenable in law”.