Chitra Ramkrishna shared confidential information with a yogi, leading the SEBI to describe the former NSE head's actions as "unimaginable" and "could shake the very foundations of the stock exchange". 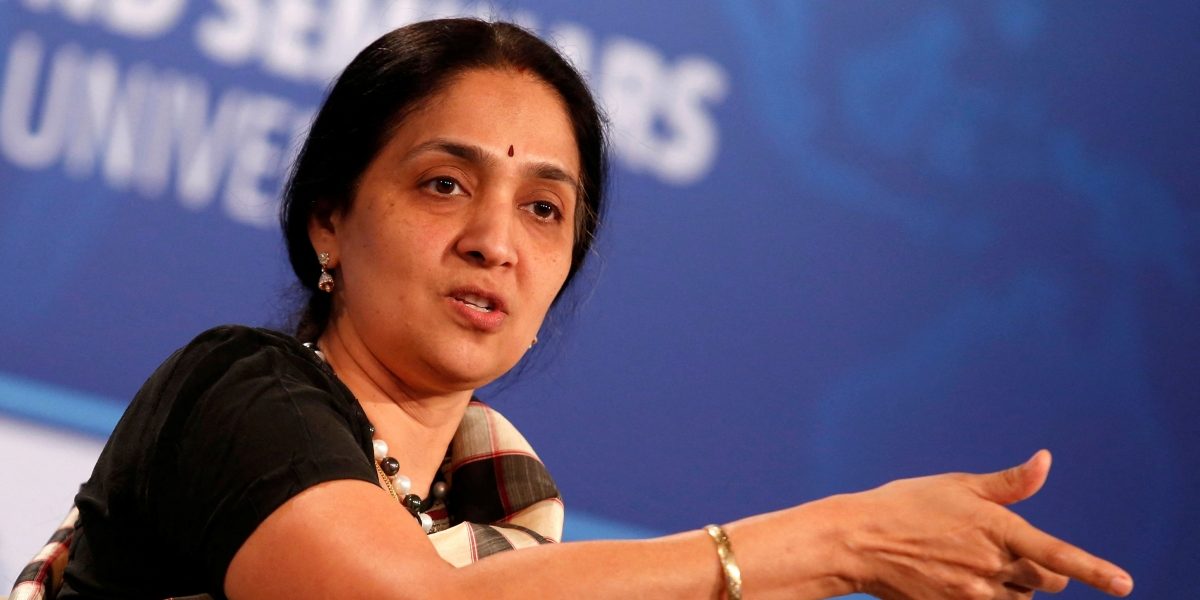 Mumbai: The former head of India’s largest stock exchange shared confidential information with a yogi and sought his advice on crucial decisions, a probe by the market regulator has found, ahead of the bourse’s much-awaited public listing.

In a case of “bizarre misconduct” that was a “glaring breach” of regulations, Chitra Ramkrishna, the former chief executive of National Stock Exchange (NSE), shared information including the bourse’s financial projections, business plans and board agenda with a purported spiritual guru in the Himalayas, the Securities and Exchange Board of India (SEBI) said.

“The sharing of financial and business plans of NSE … is a glaring, if not unimaginable, act that could shake the very foundations of the stock exchange,” SEBI said in an order, imposing penalties on Ramkrishna, the bourse and other top former executives for the lapses.

Ramkrishna, who quit NSE in 2016 citing “personal reasons”, was not immediately reachable for comment. NSE and SEBI did not respond to requests for comment.

Allegations of corporate governance lapses have dogged NSE for several years. The exchange had planned to go public in 2017 but its listing was derailed by allegations officials had provided some high frequency traders unfair access through co-location servers, which could speed up algorithmic trading.

After a three-year investigation, SEBI fined the exchange over $90 million and barred it from raising money on securities markets for six months. NSE challenged the order in court and has sought SEBI’s approval to file for a new IPO.

However, during that investigation, SEBI found documents showing Ramkrishna’s emails to an unknown person, who she said during questioning was a “spiritual force” she had sought guidance from for 20 years.

Ramkrishna, in her defence, told SEBI that sharing of information with the person who was “spiritual in nature” did not compromise confidentiality or integrity.

The SEBI order however stated that it was “absurd” for Ramkrishna to contend that sharing sensitive information such as dividend pay-out ratios, business plans and the performance appraisals of NSE employees did not cause harm.

The SEBI probe also found the purported guru had substantial influence over the appointment of a mid-level executive, without any capital market experience, directly as an adviser to Ramkrishna with inadequate documentation and a salary higher than most senior NSE officials.

The guru was running the exchange, and Ramkrishna was “merely a puppet in his hands”, SEBI said.

Questions emailed to an address given in the SEBI order as belonging to the guru were not immediately responded to.

SEBI also said NSE and its board were aware of the exchange of confidential information but had chosen to “keep the matter under wraps”.

The regulator fined NSE Rs 2 crore ($270,000) and has barred the exchange from launching any new products for six months.

SEBI imposed a penalty of Rs 3 crore on Ramkrishna and barred her from any bourse and SEBI-registered intermediary for three years.

Ramkrishna was among a group of executives who in the early 1990s started NSE as a challenger to the more established BSE Ltd, then known as Bombay Stock Exchange. She was appointed joint managing director of NSE in 2009 and promoted to CEO in 2013.