Reports Announced Gold Rush in Sonbhadra – But Got the Facts Wrong

The Geological Survey of India has clarified that the deposits found contain only 160 kg gold. 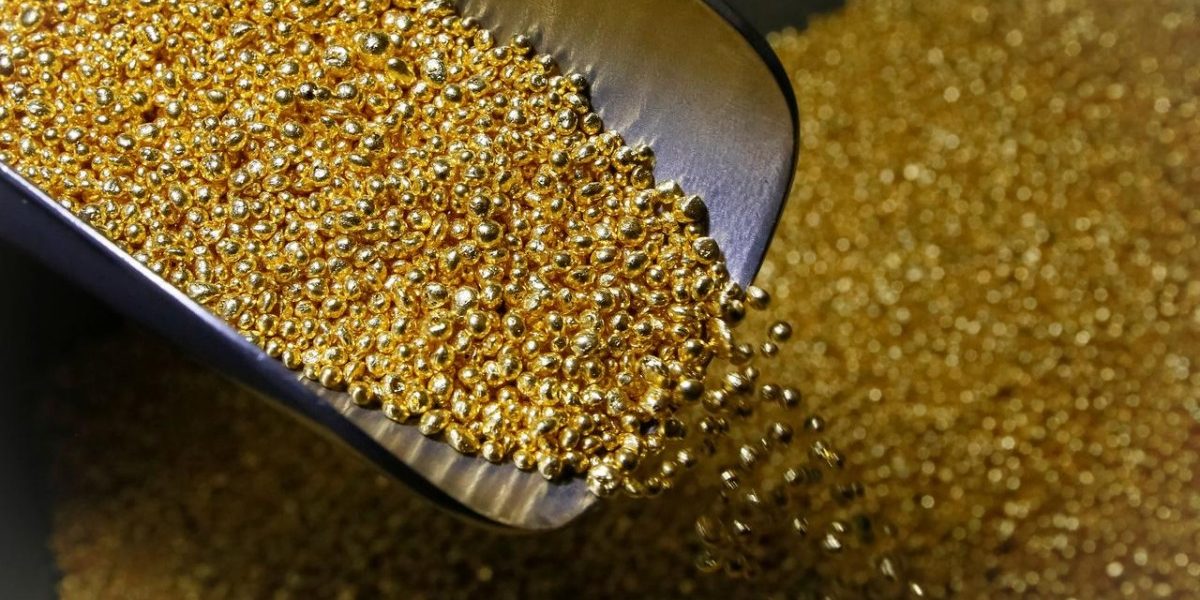 New Delhi: The Geological Survey of India (GSI) has laid to rest rumours about the quantity of gold discovered in Sonbhadra. It said that the new deposits of gold found in the eastern Uttar Pradesh district total approximately 160 kilograms – and not 3,500 tonnes as had been reported earlier.

India will now have the world’s 2nd largest gold reserves. The massive Gold discovery in Sonebhadra will further catalyze growth of this beautiful aspirational district, bring positive change in the lives of the people & usher an era of transformation.

Yogi Adityanath strikes gold! 3,500-tonne goldmine found in Uttar Pradesh’s Sonbhadra district-https://t.co/ybcFnhQutU
If this were true it is my 30 year dream come true. If India has 3500 tons of gold it will control the world gold market, decide the world gold prices too.

Yogi Adityanath strikes gold! 3,500-tonne goldmine found in Uttar Pradesh’s Sonbhadra district-https://t.co/ybcFnhQutU
If this were true it is my 30 year dream come true. If India has 3500 tons of gold it will control the world gold market, decide the world gold prices too.

The GSI said that news reports were inaccurate and that the agency was not the source of the information. “Such data was not given by anybody from GSI. We has not estimated such kind of vast resource of gold deposits in Sonbhadra district,” GSI director general M. Sridhar told PTI.

It had carried out exploration works in Sonbhadra between 1998 and 2000 and had not shared the findings as they were not deemed significant, according to a report in the Indian Express. But the report from the exploration was shared last year as the Centre made it mandatory for the GSI to share information from such explorations with state governments.

“GSI, Northern Region, had carried out several exploration works for gold. However, the results were not encouraging to come-up with major resources for gold in Sonbhadra. This exploration was carried in Field Season 1998-99 and 1999-2000. The report has been handed over to the Directorate of Geology and Mining, Uttar Pradesh, for information and further necessary action,” said Sridhar. 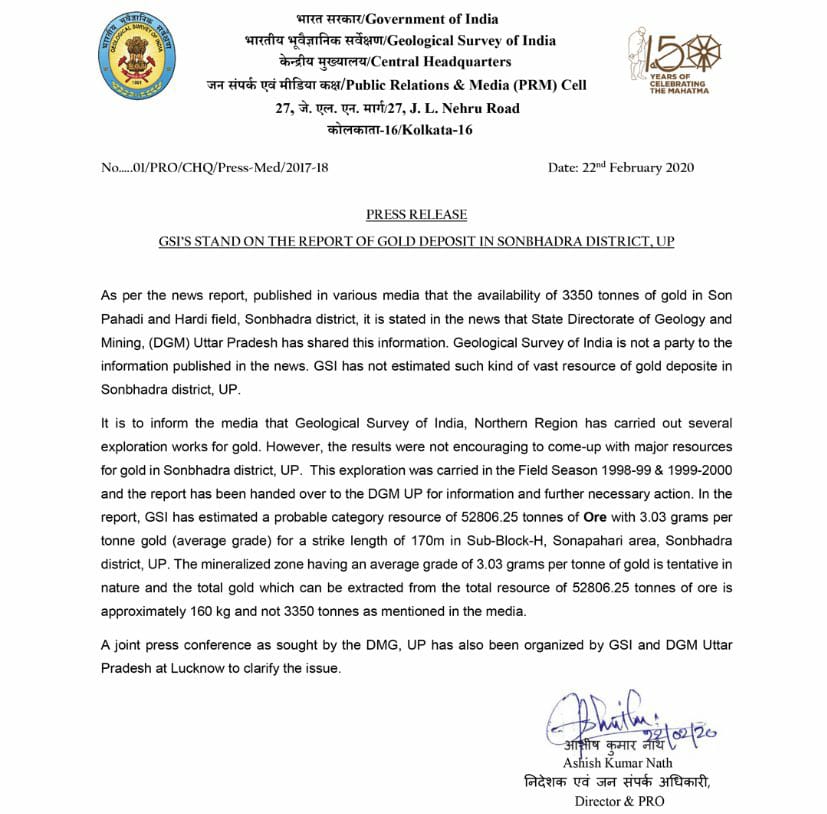 The GSI also said that in the exploration it was estimated that the reserve in questions contained 52,806 tonnes of ore while the quantity of gold is 160 kg.

It is likely that the district administration of Sonbhadra misunderstood the information sent to it by the GSI and was the source of the misinformation which led to speculation that the gold deposits found in Sonbhadra could be valued at Rs 12 lakh crore.

This has led to a seven-member team being formed by the district administration to survey the area and ‘geo tag’ the mineral sites.