Since there is a new normal and we are no longer told anything of importance, we shall never know whether it was the politicians’ decision or the faujis went solo. Either way, the move is troubling. 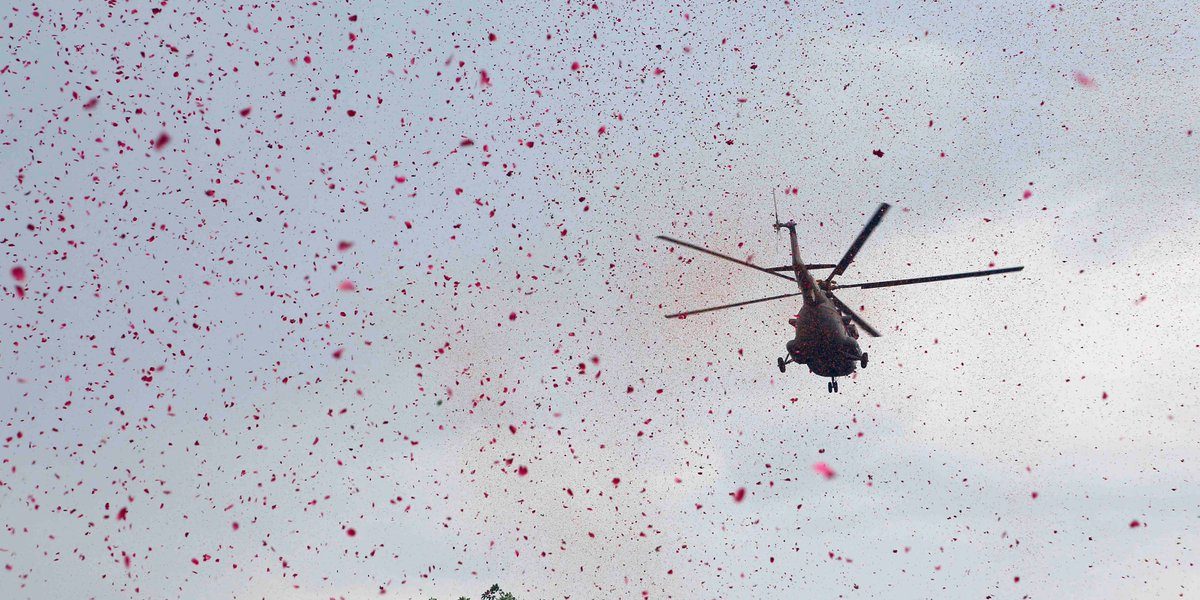 It is rather late in the day, and some may suggest it is already too late to make the point but the point needs to be made because of its enduring consequentiality: the armed forces’ only job is to protect the nation against our enemies, conventional and non-conventional, and, therefore, it is decidedly not part of their institutional brief to act as cheerleaders.

Soldiers are soldiers, not bandwallas, nor a kirtan-mandli, ministering to a few troubled souls.

But General Bipin Rawat, our newly minted chief of defence staff, a compulsive eager beaver, has apparently been able to corral his colleagues in the Army, Navy and Air Force to stage this Sunday’s  elaborate show of solidarity with ‘corona warriors.’ It is necessary to recall that the country has already demonstrated its admiration and respect for these ‘warriors” at the behest of the prime minister. It is not all that clear as to why the fauji brass thought the exercise needed to be replicated all over.

This Sunday’s exercise can only be a massive waste of the nation’s resources, but that is only the least troublesome part of an entirely ill-conceived project. Impulses and inclinations are at work, and these do not give comfort to republican souls. Many troublesome questions need to be addressed.

We have a full-time raksha mantri, a seasoned political figure. And if an announcement of Sunday’s flower show had to be made with the fanfare of a press-conference, it should have been Rajnath Singh doing the honours. Or, could it be that the prime minister was not willing to let his seniormost cabinet colleague share the national pulpit, and that he would rather let the generals hog the limelight?

And, then, there is the critical question: who decided on Sunday’s show? Since there is a new normal and we are no longer told anything of importance, we shall never know whether it was the politicians’ decision or the faujis went solo.

It is possible the prime minister has realised, even if belatedly, that the country is beginning to sense that he has over-talked and over-promised but under-performed and under-delivered during the coronavirus crisis. Hence, the cautious retreat.

As a man of masses, the prime minister can be expected to know the extent of despair and desperation across the country. There is so much misery, so much unhappiness, so much dislocation in our towns, cities and villages caused by the government’s erratic and abrupt decision-making that the citizens’ trust in our rulers’ capacity and capability cannot be very high.  But enamoured as our street-smart leaders are of their tactical cleverness, they felt it necessary to devise one more round of nationwide distraction. They understood, prudently, that the nation has seen through the politicians’ gimmicks.

Hence the half-way house solution: let us dip into the armed forces’ respect and prestige to choreograph another tamasha.

But, pray, why is a tamasha needed at all? After all, we all are content to bask in our collective blessing that we are led by a proclaimed national leader, who can persuasively but effortlessly command the dedicated service of any and every section of our society in the larger national interest. Then, why this inexplicable anxiety to “salute” the so-called warriors? Even demagogues should know that public spectacles cannot be overdone.

All these troublesome reflections assume that Sunday’s tamasha can indeed be traced to the political leadership’s initiative.  No less troublesome is the other assumption – that the generals were feeling left out, feeling deprived of all the attention and ubiquity they had got used to, or, have been encouraged to acquire in our never-ending conflict with Pakistan.

Suddenly, there’s a new adversary and the generals with all their expensive guns and  ingenious strategies were not very helpful in combating this deadly menace. The nation continues to remain fixated on the pandemic and its deadly consequences, and for good reason.  Even a few encounters in Kashmir have not been enough to shift the national attention away from COVID-19. It may sound churlish to some but it is necessary to ask why the military leadership feels the armed forces have a special onus to salute India’s ‘corona warriors.’ The armed forces, under our constitutional scheme of things, are only one of the many instruments of the state. Nothing more, nothing less.

Also Read: What Modi and Bhagwat Mean By Saying the Main Lesson from COVID-19 is ‘Self Reliance’

Could it be that the generals were itching to get out of their barracks? Having gradually abandoned over these past six years the carefully crafted institutional manual on the civil-military relationship, the Modi crowd is hardly in a position to tell off the armed forces brass.

Admitted, there have been a few random cases of misbehaviour towards doctors and nurses in small towns; but it is not for the armed forces to try to assuage the bruised feeling of the ‘corona warriors’. The onus, in fact, is on political leaders and administrative functionaries to understand these isolated incidents in the larger context of the gathering mistrust between the rulers and the ruled.Perhaps the generals do realise that this distrust has been in the making for some time now and that our political leadership may not be able to discipline the ugliness that has been encouraged to rear its head in our society. Mobs have been made to feel empowered. Hence, the generals’ unilateralism.

At a time when so many liberties have been taken with democratic norms and parliamentary conventions, it is imperative to reiterate the old saw: the armed forces are and should be content to remain a professional, apolitical instrument of the republic. The coronavirus crisis cannot be used as an excuse to lose sight of this finest and most cherished constitutional virtue.