Using free software is now, more than ever, a political and ethical statement – especially as Silicon Valley looks to India. 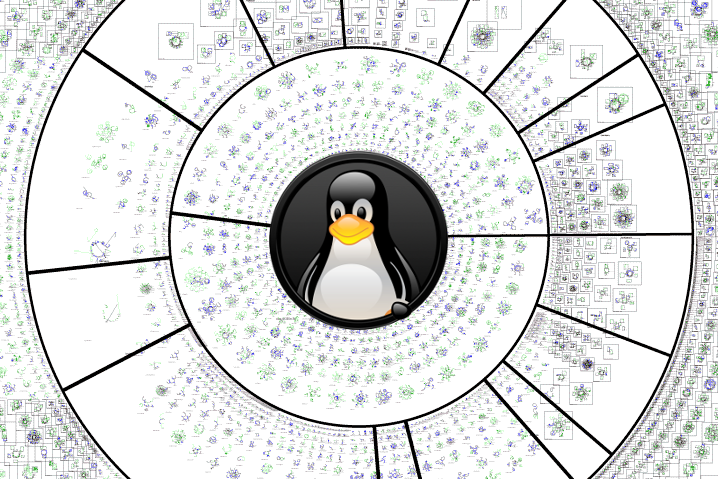 For a over decade, the third Saturday of every September has been celebrated as Software Freedom Day in dozens of countries around the world. The free and open source software (FOSS) movement, which grew in the 1980s out of frustrations with restrictions on use of copyrighted software, has changed considerably in the last decade. Barring a few exceptions, there has been a dilution in the focus on replacing Windows’ domination of mainstream computing. But FOSS, which some people may know as Linux, still forms the backbone of our technological lives. In developing countries like India, where scaling affordable access to technology is an admitted priority of the government, the promotion and adoption of FOSS seems to be a viable and pragmatic policy decision.

Whether one is aware of it or not, FOSS is behind the majority of all computing that makes modern, digital life possible. FOSS runs most of all smartphones, supercomputers, ATMs, servers and websites around the world. In India, two massive citizen-facing projects, our railway booking website IRCTC, and Aadhaar’s online infrastructure, use Linux servers too. But why should you care for FOSS?

What is free software?

A common misconception is that free software is free-of-cost, or anything that doesn’t charge the user money. By that definition, Apple operating systems (which come preinstalled in all their products) would be free software since the buyer doesn’t explicitly pay for them. But the ‘free’ in free software means that the user is free to study, modify and share the software she owns. While a lot of free software is also available free-of-cost, it is the user’s software freedom that is preserved by using it.

Advocates of free software argue that using it makes a political and ethical statement in favour of the rights of end users to have control over the product they consume. Once a product (say, a car or a piece of software) is legally acquired, proponents argue, the user must be able to use, modify and share the product in any way that doesn’t contravene existing laws. So, just like you can tinker with your car, install new wheels, change the seats, and then sell or give it away to someone else, you should be able to do the same with software.

Opponents argue that since software is replicable – copies can be made without depreciation of the original code – allowing users to share software will sound the death knell for software companies who will have no incentive to create software if ‘shared’ copies of their products flood the market. It is this ‘sharing’ that they call piracy, and lobby governments to outlaw by making software intellectual property that cannot be shared like a car.

Where does India stand on his?

Until now India has had a patchy, lukewarm relationship with free software without a strong push for everyday computing to adopt FOSS. Last year, the Modi government announced its open source policy that said: “All  future requests for proposals (RFPs) of e-Governance projects shall include a mandatory clause for considering Open Source Software (OSS) as a preferred option in comparison to Closed Source Software (CSS).” The policy is mandatory for central government agencies and optional for state governments. It was pitched under Modi’s signature Digital India programme which “aims to make Government services digitally accessible to citizens in their localities and to ensure efficiency, transparency and reliability of such services at affordable  costs.” This is a laudable goal, and free software is definitely the way to go given its low total cost of ownership (study, PDF).

But, there are number of obstacles.

India represents a huge business opportunity to Silicon Valley’s technology giants – Apple, Google and Microsoft. Even though over 80 per cent of India’s population is yet to go online, it has the world’s second largest base of Internet users after China – a country which has a strong local tech economy that often excludes western competition. With internet penetration saturating in the USA, India is now the single most lucrative market for these companies. This explains why the CEOs of all three companies have visited India in the past year.

Talking about the open source policy last year, Microsoft India chairman Bhaskar Pramanik remarked that the government should be “technology-neutral” lest biases in selecting technology should “take the country back”. Microsoft and proprietary software companies stands to lose a lot if a majority of government projects choose FOSS alternatives. NASSCOM president and former telecom and IT secretary R Chandrashekhar agreed with Pramanik over the policy requiring officials to justify the use of CSS, saying, “Nobody (bureaucrats) would like to take onus and responsibility since you are starting the whole process as an accused.”

Given the stakes, it isn’t unlikely that there will be efforts to influence the implementation of this open source policy. If last year’s experience with Facebook’s Free Basics/Internet.org campaign is anything to go by, the government must be prepared to stand its ground in the face of possibly heavy lobbying by proprietary software manufacturers. Initial signs are troubling. On Microsoft CEO Satya Nadella’s latest visit to India, Minister of State for Finance Jayant Sinha announced to a group of media that, “Microsoft is a platform for India’s growth.”

Awareness and adoption of FOSS is constantly increasing the world over. According to a 2010 report on the status of open source software the “USA, Australia and the Western  European countries are the leaders in the  development and adoption of OSS.” Much has changed in the six years since. Institutions ranging from the International Space Station and the New York Stock Exchange to CERN and the US Navy all run FOSS-based systems. China has even developed and promoted its own operating system, NeoKylin, in an effort to replace Windows.

If the current open source policy is applied in letter and spirit, this will be a welcome change in India. As part of the National eGovernance Plan, Common Service Centers (सर्व सेवा केंद्र) which are to serve as multiple-service-single-point facilities for delivery of e-governance services can and should run on open source technology. After the failure of Aakash tablets, the government must focus on introducing proven platforms (such as Ubuntu) in schools, budgeting for training, operating and maintenance costs. The state of Kerala has already set a welcome precedent in promoting widespread use of FOSS in education and government. The challenge is to scale that model to a national level.

You as an individual user can help too. Chances are, if you are reading this, you already use some form of FOSS. Be it Android, VLC media player, Firefox or Chrome, there is some free software in all our lives. The Internet of Things (IoT) is already here. Computers are in your car, in your ear and on your wrist. At a time when privacy concerns and debates over data security are on the rise, using software that one has control over instead of software that controls the user becomes important. Increasing one’s own use of FOSS and advocating it to friends and family is a small but helpful step in that direction.

Ajinkya Deshmukh (@ajinkad) is a free and open source software (FOSS) enthusiast and works at the Manipal Centre for Philosophy and Humanities, Manipal.