‘Simultaneous Elections’ or Centralisation of Power?

The proposal for synchronised polls strikes at the heart of the constitution, as it requires making major changes to the federalism governing Centre-state ties and expanding the powers of the president. 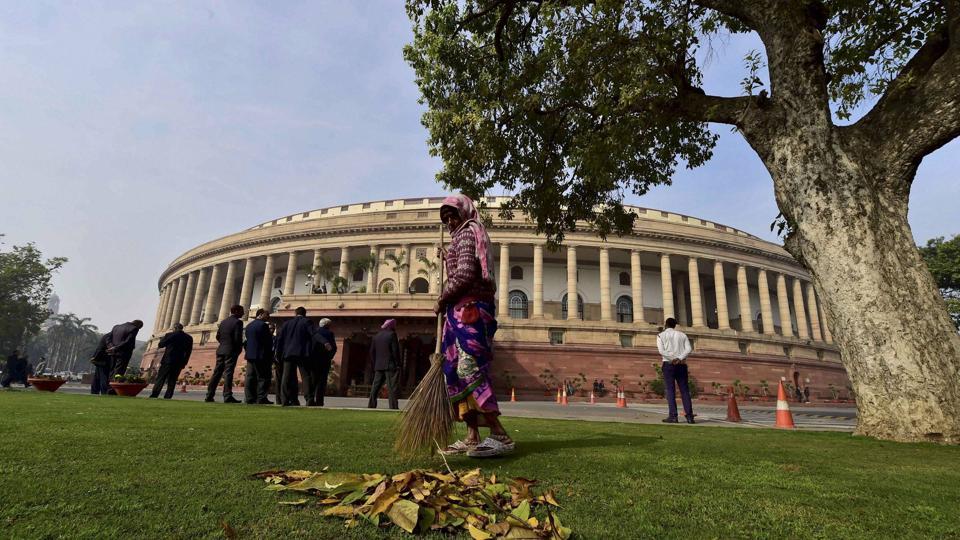 The proposed plan for synchronised polls are not important, the sweeping changes that will be required in the Constitution are. Credit: PTI

The prime minister loses no opportunity to speak about the need for “simultaneous elections” to the Lok Sabha and state assemblies. The president spoke about it as well in his address to parliament in end January.

With the drumbeats building up, it is time to dissect this proposal. It is a dangerous one. If pushed through, it will tinker with the basic structure of the constitution, alter the balance of Centre-state relations, further centralise powers, give more powers to the president and thereby modify the Indian parliamentary system for the worse.

Elections to the Lok Sabha and state assemblies were, indeed, held concurrently in the very first elections in 1951-52. That was, however, not constitutionally mandated. As political scientist Suhas Palshikar has put it, simultaneous or synchronised polls in the early years were an “accident of history”.

The pattern continued as long as the Congress party was dominant nation-wide. All central and state  governments (other than in Kerala in 1959) held office for a full five years. The end of Congress dominance in the 1960s, the instability of the coalitions that followed, and the frequent (wrongful) dismissal of state governments meant that 1967 was the last time when state and national polls were held simultaneously. With the end of synchronisation, elections are now held somewhere in the country every few months.

The main rationale offered for a switch to a system of synchronised polls is that the Election Commission of India’s (ECI) Model Code of Conduct (MCC) ahead of elections comes in the way of democratic governance. The unstated argument is that even months ahead of elections in a state, the government at the Centre becomes hesitant to take decisions which it feels may affect the ruling party’s chances in that state.

Once elections are notified, the MCC does lay down the dos and don’ts in very fine detail. However, it does not in come in the way of normal administration or dealing with emergencies. What it does prevent is a government’s desire to “buy” votes by announcing a bunch of projects immediately before an election. The problem then is not the MCC but the way ruling parties see elections as an arena where votes can be purchased one way or the other.

A second, though unstated, argument is that frequent polls distract elected functionaries. But should the prime minister, senior ministers and chief ministers of other states abandon their official duties to campaign extensively, as they have been doing in recent years, in every state that goes to the polls? The problem here is not the frequency of elections but the importance that those holding constitutional office want to give to campaigning in every election.

The third argument for holding synchronised polls is that they would save on costs. Yes, holding the national and all state elections once in five years can reduce government expenses. But again, we are making the wrong argument. The Election Commission estimated a few years ago that all polls together would cost Rs 4,500 crore. This is not much. The bigger and more corrosive spending is that by the political parties and candidates, who, in 2014, are estimated to have spent a staggering Rs 30,000 crore on the Lok Sabha elections. It is the entry of big money and the corresponding splurging on campaigns which we should be worried about, not the cost to the Election Commission.

The fourth and least important argument made for simultaneous polls is the only one that has something going for it. The deployment of police on poll duty will happen only once in five years if there are synchronised polls. This will indeed reduce the frequency of diversion of the police from their normal duties. One can leave unasked here why we have come to require the mobilisation of security forces on such a large scale during the elections.

A 2015 report of the Parliamentary Committee on Personnel and a 2017 NITI Aayog report discuss simultaneous polls. The latter even suggests a plan for operationalisation. Both are based essentially on inputs provided by the Election Commission. The finer details of the proposed plan are not important, the sweeping changes that will be required are.

First, the terms of a large number of state assemblies will have to be curtailed/extended for an initial synchronisation of the state elections with that to the Lok Sabha. In the least disruptive of proposals, this curtailment/extension can be up to 30 months.

Second, in the eventuality that after synchronisation a government at the Centre or the states falls and a new one cannot be formed, fresh elections there will be necessary. The demands of adhering to a cycle of synchronised polls could mean then that in certain situations the new Lok Sabha or state assembly will have, in the first instance, an artificially fixed duration of less than the constitutionally mandated five-year-term.

Third, in certain other situations, when an election can be postponed until the synchronised phase is held, President’s rule will have to be imposed in the interim. At the Centre, too, if the Lok Sabha has to be dissolved before its term ends, the President will have to govern the country until simultaneous elections are held on their pre-determined date. The President, according to the ECI’s proposal, will govern with the aid of a council of ministers that he or she appoints.

As the ECI has recently informed the government, all this will call for amendment of a number of Articles of the Constitution. Articles 83(2) and 172(1) on, respectively, the terms of the Lok Sabha and state assemblies will have to be modified to allow for curtailing/extending the terms of the legislature. Articles 75(3) and 164(2) which outline, respectively, the responsibilities of the council of ministers at the Centre and in the states towards the legislature, would need to be amended to give the President more powers. And, most important, Article 356 on the powers to impose President’s rule in the states will have to be loosened.

The Supreme Court’s Bommai ruling on the scope of Article 356 placed limits on the Centre’s powers to impose its rule on states, mandating that majority tests ought to be on the floor of the House (and not on the governor’s whims and fancies). The judgement was premised on the constitutional principle of sovereignty resting with the people. Hence, as much as the life of a state government depends on the majority enjoyed by the ruling party, Articles 356 (4) and (5) ensure that direct rule by the Centre cannot exceed two consecutive terms of six months. These limits will now have to be removed. The amendments needed of Article 356 will turn the clock back from the federalism that the Supreme Court protected through its judgement.

Is the aim really not “simultaneous elections”, but a centralisation of power? One must indeed wonder on those lines given the persistence with which the Prime Minister has been pushing for this idea, which is as bizarre and as dangerous an idea as demonetisation 2016

It is time political parties wake up to the dangers of what Narendra Modi is pushing. Political parties and constitutional experts need to weigh in and quash this idea altogether.