The manner in which the state machinery, including the police, intimidates family members of whistleblowers or those who report scandals, has become a recurring pattern, one that should not go unpunished. 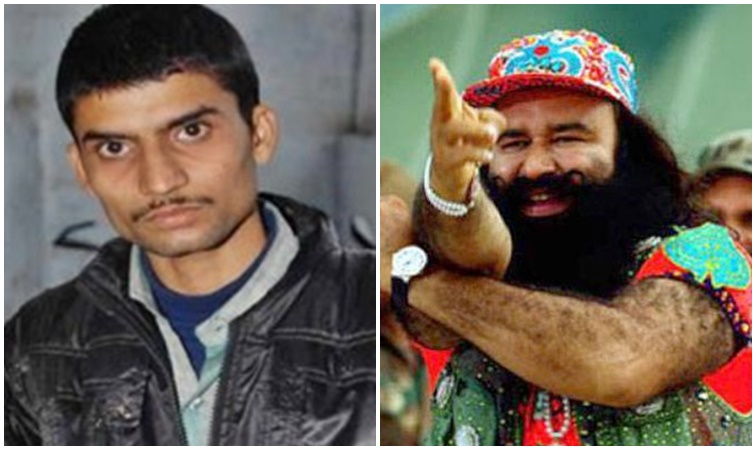 A small news report from Bhopal, tucked away innocuously amidst other stories in the paper caught my eye some weeks ago. Itss similarity with the Dera Sacha Sauda (DSS) rape case, where Gurmeet Ram Rahim Singh was sentenced to 20 years in jail by a CBI judge, was too obvious to be ignored.

The news item referred to Vyapam whistleblower Ashish Chaturvedi’s father being knocked down by a car in Gwalior. The bit that got me agitated was that the victim “lay writhing on the road for 35 minutes while five cops stood and watched rather than help him”.

Social activist Chaturvedi has been leading the charge in exposing the huge Vyapam scandal that has rocked Madhya Pradesh for over a decade. In essence, this was a complex web of impersonators appearing for employment examinations, held under the aegis of the MP government, which morphed into a huge cash-for-jobs scam.

Established in 1982 as a state professional examination board, the word Vyapam is taken from the Hindi nomenclature Vyavsayik Pariksha Mandal, and while occasional irregularities were reported, as in other states, the scale of the corruption scandal only came into the public domain in July 2009.

Preliminary investigations suggested that a vast web of corruption had been established in MP that cast aspersions on the higher-ups in the government. This is where the plot thickens and certain strands correspond with the DSS-Sirsa scandal.

The MP chief minister did the right thing in setting up a committee to probe the Vyapam scandal in end 2009 and some arrests were made, but from 2010, mysterious and unnatural deaths became a recurring pattern in the Vyapam trail. Those who could provide evidence disappeared and local sources warily hint that what has been unearthed is the tip of a murky ice-berg: a minister in the local cabinet was also booked and fingers have been pointed all the way up to the top of the Bhopal government.

The Vyapam case was handed over to a special task force in 2013, which confirmed the ‘unnatural’ deaths, and in mid 2015, the Supreme Court ordered the case to be handed over to the CBI. In the last two years, the Vyapam case was   ostensibly pursued ‘vigorously’, a claim belied by the kind of intimidation that those who are pushing for justice are facing. We saw an example of this in Gwalior two weeks ago, when the senior Chaturvedi was knocked down by a car and the local police did nothing.

It may be recalled that in the DSS rape case, the scandal was first reported in 2002 by a local editor, Ram Chander Chhatrapati, who was brazenly shot by henchmen of the ‘baba’, while the local police did not even record Chander’s statement for three weeks even as he was on his deathbed.

The DSS rape case was reported to the prime minister’s office at the time and handed over to the CBI, where it meandered for many years. To the credit of the agency, which did not allow the case to sink despite obvious political overtones and pressure to ‘protect’ the accused, the case reached partial closure in late August 2017.

It may be surmised that the Panchkula-Rohtak final chapter in the DSS saga was enabled by the indomitable courage of the rape victims who stayed the course from 2002 despite threats to their lives, the doggedness of the CBI, the altruistic contribution of legal luminaries like Justice Rajinder Sachar and an alert media that finally rose to the occasion after a long period of somnolence.

The manner in which the Gwalior hit-and-run case was handled reeks of a deplorable attempt by the local police to intimidate the whistleblower by attacking family members. The MP government must not allow such transgressions to go unpunished, even if they were condoned in the past for reasons of political expediency.

The manner in which the DSS case has been dealt with – including the inordinate delay of 15 years – has set a new benchmark of societal expectation for political probity and institutional integrity. In the last few years, citizen awareness has led to more assertiveness and higher expectations from its elected representatives.

It was on this plank that Narendra Modi emerged triumphant as prime minister in mid-2014. The halfway mark of his government has been crossed and the BJP will soon be gearing up for the 2019 election.

The BJP leadership in Bhopal and Delhi still has a slender opportunity to pursue Vyapam in a manner that will demonstrate a new index of integrity and resolve – or let it flounder as many such cases of political venality have in the past.

An alert electorate will be watching very carefully. How the Chaturvedi case in Gwalior is dealt with, as well as how matters of sanctity of law and the safety of the citizens are handled, will be critical litmus tests for Modi and Amit Shah.