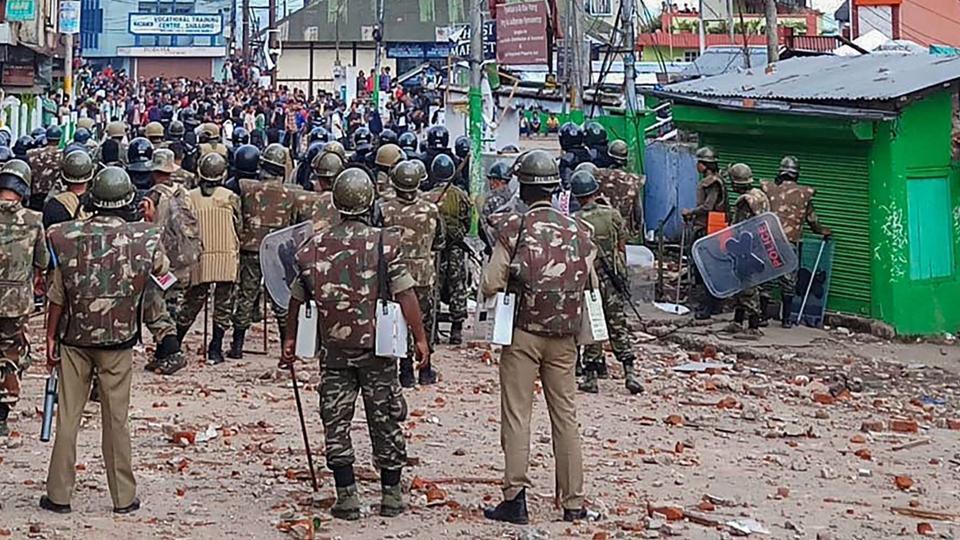 A riot-like situation had prevailed in Shillong last year, triggered by a quarrel in the Harijan Colony area. Credit: PTI

Shillong: Authorities on Monday extended curfew in the Meghalaya capital as violence continued in tension-hit areas the previous night with mobs indulging in stone-pelting on security forces for the last four days.

“Curfew has been imposed from 4 pm on Monday to 5 am Tuesday in Shillong as there is likelihood that breach of peace may spread to other parts of the city,” deputy commissioner, East Khasi Hills, Peter. S. Dkhar told IANS.

“The situation is very tense in those areas,” he said, adding that suspension of internet on mobile services would continue besides prohibiting the illegal sale of petrol and diesel.

On June 1, the district magistrate imposed curfew in areas under Lumdiengjri police station and Cantonment Beat House in view of the breakdown of law and order in Motphran, Mawkhar and adjoining areas following the May 31 clash.

Although the curfew was relaxed for seven hours from 8 am on Sunday, the mob continued to pelt stones at security forces forcing the police to fire tear gas shells.

The mob also attacked an undertrial prisoner van carrying a mentally-unstable person, who was referred to be admitted at the KJP Robert Hospital, inspector general of police, H. Nongpluh told IANS.

On Sunday, chief minister Conrad Sangma said the police have “found out that there are certain people who are funding this agitation”.

Meanwhile, a Sikh delegation led by Delhi legislator Manjinder Singh Sirsa met Sangma and expressed satisfaction that the “Sikhs were safe” in Meghalaya.

Minister of state for home affairs Kiren Rijiju has also denied rumours of the alleged attack.

The clash erupted after a skirmish between some women and a driver of Shillong Public Transport Service bus at Them Meteor, which led to an assault of three persons.

The violence continued even after the parties involved in the skirmish reached a compromise.