The 48 lakh applicants submitted a panchayat certificate, which is only a supporting document, to prove their citizenship. 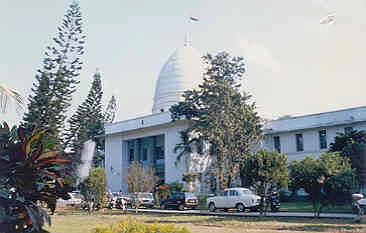 New Delhi: The Supreme Court has asked the office of the Assam state coordinator for the National Register of Citizens (NRC) – presently updating the 1951 list under the supervision of the apex court to detect undocumented immigrants from Bangladesh – to file a report within six weeks on how many of the 48 lakh applicants who had submitted only a panchayat certificate to prove their Indian citizenship, were “original inhabitants” of the state.

The apex court also directed the state coordinator for NRC, Prateek Hajela, present in the hearing on August 24, to ready “a partial” draft NRC by December 31 “till the issue of these 48 lakh is decided.”

A two-judge bench of the Supreme Court, comprising Justices Ranjan Gogoi and Navin Sinha, was hearing a bunch of special leave petitions, filed against the February 28 Gauhati high court order, which rejected the submission of panchayat secretary-issued residency certificates as “link documents” by 48 lakh applicants as “unconstitutional” as it had “no statutory sanctity”.

A link document is a piece of documentary evidence that proves the applicant’s residency in the state through the lineage of his/her parents or grandparents before March 24, 1971 – the cut-off date set by the Assam Accord. Signed in 1985, between the then central and state governments, and the All Assam Students Union and Asom Jatiyotabadi Yuva Chatra Parishad, the accord brought to an end six years of agitation against “illegal immigrants” entering the state from neighbouring Bangladesh.

Though a panchayat certificate is among the 11 documents approved by a sub-committee of the state cabinet in 2010 to prove citizenship, in itself, it cannot be treated as a link document by an applicant to prove citizenship. It can only be a supporting document. However, most of the 48 lakh people who have submitted it, are married women belonging to the Muslim community of East Bengal origin, who had no other documents to prove their citizenship.

The issue came up before the Gauhati high court through a petition filed by one such married woman, Monowara Bera, from the state’s Dhubri district bordering Bangladesh. She was declared a foreigner by a tribunal (set up under a directive of the Supreme Court) for submitting only a panchayat certificate as a link document to prove her lineage to her paternal family and thereby her citizenship. Many such applicants have stated that since they never went to school and were married off before they attained the age of 18, they neither have a school certificate to support what is stated in the panchayat certificate, as required, nor do they have their names in the voters list of their paternal family as they moved to their husband’s home before they were eligible for it.

On August 24, the apex court bench hearing the petitions against the Gauhati high court order, asked the NRC state coordinator Hajela to explore and separate the original inhabitants of the state from among the 48 lakh applicants and submit a report when the court would resume its hearing on the case on October 12.

On being asked by the apex court, Hajela stated that out of the said number, he expected about 20 lakh claims to be of original inhabitants, which, if proved, would not require any further proof or inquiry and all such people could be included in the draft NRC. The project coordinator also told the court that “about 3.6 lakhs claimants are males who were not entitled to use the supportive document in question”, unlike the married women.

Speaking to The Wire, Aman Wadud, Bera’s lawyer, said, “Though the apex court has asked separation of the original inhabitants of the state from those who are not, during the verification process conducted on the ground (by the state administration), the teams didn’t mark Muslims as original inhabitants.”

Though ration cards were approved by the 2010 cabinet sub-committee as a valid document to prove citizenship in Assam, this April, the Supreme Court rejected it as Hajela reportedly told the court that the central government had objections to it.

In an earlier hearing, the Supreme Court had asked Hajela to ready a draft register of citizens by December 31. On August 24, the apex court order said, “The publication of the draft NRC in the given circumstances will now be a partial publication until the issue of these 48 lakh claims is decided. We, therefore, make it clear that publication of the draft NRC to the aforesaid extent be made on or before the scheduled date i.e. December 31, 2017.”

Besides Bera, the petitioners in the case include Rupajan Begum, All Assam Minority Students’ Union, Assam State Jamiat Ulema-e-Hind, Assam Women Social Justice Forum and others.