The petitioners argued that people were being denied access to basic needs such as food and adequate nutrition, midday meals in schools, rehabilitation benefits due to bonded labourers. 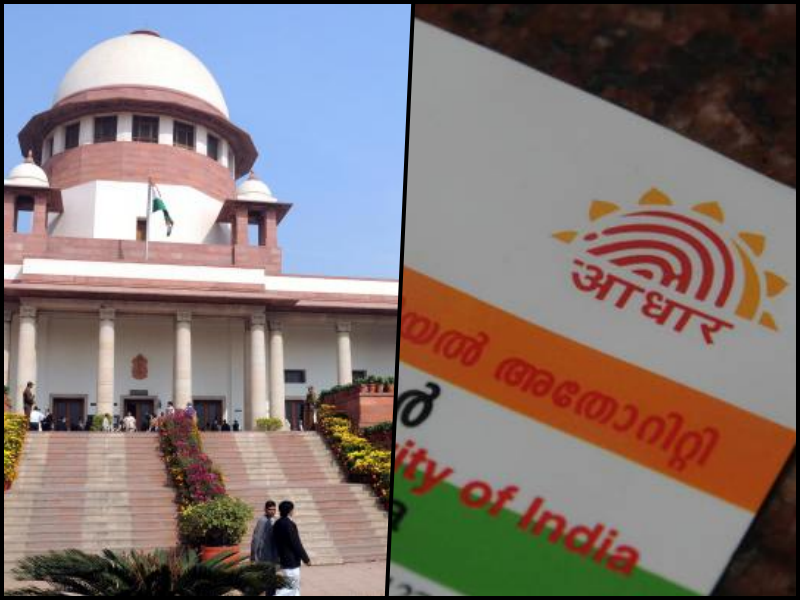 A nine-judge constitution bench is hearing arguments in the case on whether right to privacy is a fundamental right. Credit: PTI 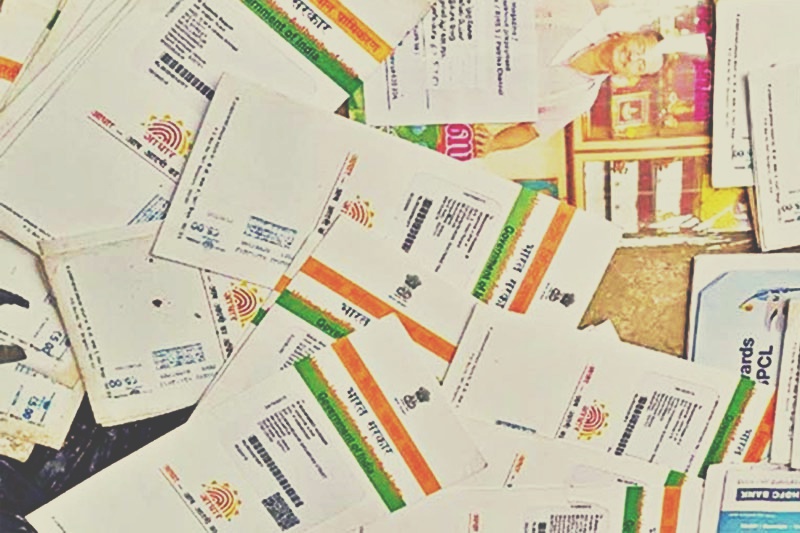 Last week, the AG took adjournment to seek instructions on whether the time limit would be extended from December 31, 2017 to March 31, 2018, for those who did not possess Aadhaar to obtain one. Credit: PTI

New Delhi: A five-judge constitution bench of the Supreme Court will, in the last week of November, take up the issue of mandatory possession of Aadhaar card for availing social security benefits, and continuation of banking services by linking Aadaar with PAN.

Chief Justice Dipak Misra heading a bench which included Justice A. M. Kanwilkar and D.Y. Chandrachud told Attorney General (AG) K. K. Venugopal that he would set up a constitution bench in the last week of November to decide the validity of the Aadhar law assailed by a bunch of petitions.

Earlier the AG refused to spell out the Centre’s stand on extending the time limit for possession of Aadhaar card for availing various social service benefits. Venugopal said that the government was prepared for an early hearing as nearly a hundred notifications issued by various departments were under challenge. He urged the CJI to set up a constitution bench for this purpose. The AG submitted that falsehoods have been spread about Aadhaar linking, including how Aadhaar is a must for CBSE students to appear in their Class 10 and 12 examinations. He opposed the demand for passing interim orders to stay the notifications.

Last week, the AG took adjournment to seek instructions on whether the time limit would be extended from December 31, 2017 to March 31, 2018, for those who did not possess Aadhaar, to obtain one, and that no coercive steps would be taken against those who did not get Aadhaar card. Today the AG refused to give any such commitment or assurance, and urged the court to expedite the hearing to decide the validity of the Aadhaar law.

Senior counsel Aryama Sundaram, appearing for the Maharashtra government, said that the apex court had earlier upheld the law to link Aadhaar with PAN number, as well as the linking of Aadhar with mobile phones, taking into consideration the security concerns of the state. Senior counsel Shyam Divan, Kapil Sibal and Gopal Subramanium pressed for interim orders pointing out that Aadhaar had been made mandatory for a host of schemes.

The petitioners contended that the biometric data and iris scan that was being collected for the issuance of Aadhaar card, violated the fundamental right to privacy of the citizens, as personal data was not protected, and was vulnerable to exposure and misuse. It was argued that Aadhaar card is an invasion of privacy and a terrible violation of basic human rights. They challenged the various notifications issued by the Centre insisting on Aadhaar card for availing various benefits, including midday meal scheme, scholarships, admission, domestic air travel, and mobile phone.

The petitioners said Aadhaar scheme couldn’t be made mandatory. The Centre has attempted to inflate the figure to argue an impossibility of exclusion as the figures amount to puffery. They pointed out that Aadhaar enrolment has been without adequate verification, and in many instances, the Centre has itself stated that the enrolment has been over 110% of the recorded population in many states, raising concerns of fraud within the system. In states such as Delhi, enrolment stands in excess of 115%.

The Centre, in its response, had said that Rs 49,650 crore had been saved in two years through transfer of benefits under the Direct Benefit Transfer Scheme on account of Aadhaar. There is large public interest involved in continuing such savings.

It said the government has also been disbursing benefits and subsidies to beneficiaries through Aadhaar-based authentication, minimising the use and wastage of paper. There are vital benefits both for the residents who are availing services through Aadhaar-based authentication and savings for the state. The notifications ensure that no genuine person is denied of any benefits because of lack of Aadhaar.

Also read: Mandatory Aadhaar and Bank Accounts: How Much of This Is Legal?

Sibal submitted that the labour department of the state has filed the petition, as subsidies under its schemes have to be given to children. Sikri told the counsel: “You satisfy us how the state can challenge it. You know better than us. We know it is a matter which needs consideration. Tomorrow if Centre starts challenging the laws passed by the state where will it lead to? Let Mamata Banerjee come and file a petition as an individual. We will entertain it.”

Sibal however maintained that the state was entitled to file such a plea, but said that they would amend the prayer in the petition. Meanwhile, the bench issued notice to the Centre on another petition filed by an advocate Raghav Tanka, challenging the linking of mobile phone numbers with Aadhaar and granted four weeks time to the Centre to file its response. He said, of late, the government of India is making Aadhaar necessary to avail of a service, which has no direct link with the Consolidated Fund of India. He submitted that the exercise of making it necessary to link Aadhaar for all subscribers constricts rights and freedoms that citizen has enjoyed all this while, unless they part with their personal biometric information – not to the government, but now to private telecom service providers – in violation of the directions in the Right to Privacy judgment, which is unconstitutional.