Sanjiv Chaturvedi, who exposed several corruption cases at AIIMS, was given an appraisal of zero in 2015-16, despite being rated “outstanding” in other years. 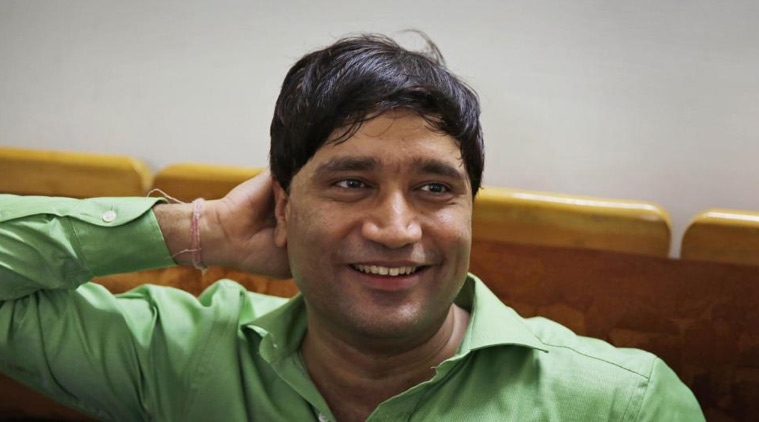 Whistleblower officer Sanjiv Chaturvedi, the deputy secretary on deputation to AIIMS, who exposed several cases of corruption there, was recently dealt a huge blow in his fight against being granted an appraisal of zero. This poor appraisal by Union health minister J.P. Nadda for the 2015-16 financial year was despite Chaturvedi having been given “outstanding” remarks in all other years prior to and after that. A bench of the Uttarakhand high court, headed by chief justice K.M. Joseph, refused to entertain his plea against the appraisal.

Justice Joseph, who had in early 2016 delivered the landmark judgment that quashed President’s rule in the hill state, did not find merit in the Magsaysay Award-winning Indian forest officer’s case. Chaturvedi was making the case that he had come in conflict with several politicians, including Nadda, due to his work and that he should not have been judged for his performance by the minister in 2015-16 as this was the year he was deprived of all his duties.

Chaturvedi, who is now posted in Uttarakhand, had also cited a rule of the Central Vigilance Commission where officers whose cases had been inquired by a vigilance officer, cannot subsequently make entries into the appraisal report as was done in his case.

The legal issue involved was about whether a government servant could directly approach a high court under writ jurisdiction for the redressal of his service grievances or whether he should first approach the tribunal and then approach the high court.

The bench headed by Joseph cited a judgment of the Supreme Court in the L. Chandra Kumar case where it was said that in matters related to service laws, the litigant should not directly come to the high court.

During the hearing, Chaturvedi argued that the same Uttarakhand high court had not only admitted, but also passed final orders in hundreds of such cases since the judgment of Supreme Court was delivered in 1997.

In this regard, he quoted the case of promotee Indian Foreign Service (IFS) officer Ashok Kumar Gupta who was inducted into the IFS in August, 2016, and was allocated the 2003 batch, when he was working as district forest officer in Champawat. He was subsequently promoted as conservator and transferred as conservator of forest (working plan).

Officer gives up promotion to continue in lucrative field posting

Chaturvedi said this officer had filed two writ petitions in November 2016 and January 2017 for the cancellation of his promotion and transfer before the division bench headed by Justice Joseph, which entertained and passed directions on both the petitions on January 13, 2017.

Gupta, who had been serving in the coveted field post for six years, has following Uttarakhand high court intervention entered his seventh year in the same field post, which was “very unusual” in such postings.

Incidentally, Gupta was represented in this case by additional solicitor general for central government Rakesh Thapliyal, who in Chaturvedi’s case took a diametrically opposite view and cited L. Chandra Kumar’s case.

During the hearing, Chaturvedi strongly protested against the contradictory stands taken by the same counsel before the same chief justice in exactly similarly placed cases of two IFS officers of Uttarakhand.

The arguments also saw Chaturvedi talk about other cases which spoke about corruption in postings in Uttarakhand. He said in the case of another Uttarakhand cadre IFS officer Sambandam, a writ petition was filed before Uttarakhand high court in 2016 by which the officer had demanded posting in territorial wing of the forest department, that too in a plain area, giving his choice as Haldwani forest division which is considered to be one of the most lucrative field postings of the state.

Chaturvedi pointed out that this petition was not only entertained by Uttarakhand high court but also directions were given to the state government for consideration and disposal of this unusual request of the officer, which was subsequently rejected. The state government in its order in December 2016 had also revealed that the officer was already facing disciplinary proceedings for various misconducts and he was found guilty in departmental inquiry also. However, Chaturvedi said the hearing in this writ petition was still continuing.

Did the HC adopt a different yardstick for Chaturvedi?

In his arguments, Chaturvedi not only cited these cases but also more than 20 other cases in which petitioners had directly approached the high court for redressal of service matters in the last 18 months or so. He also objected to A.S.J. Thapliyal’s stand in his case, considering his past appearances for other officers.

Chaturvedi’s main argument was, however, regarding the violation of his fundamental rights of reputation and livelihood, which have been declared to be a part of the right to life under Article 21 of the constitution in a number of judgments by the Supreme Court. He also argued that there was a violation of principles of natural justice as no show cause of any type was served to him before he was awarded this grading and that the same persons, including Nadda, made entries into the appraisal report who were either indicted by CBI on the basis of his inquiry or facing judicial proceedings in corruption cases exposed by him.

The high court accepted that Chaturvedi was correct in pointing out that in the name of existence of an alternate remedy, the writ jurisdiction of this court cannot be taken away, which flows from the constitution under Article 226/227, particularly when fundamental rights are in peril.

HC silent on argument of violation of fundamental rights

However, the judgment of the Uttarakhand high court in the case of Chaturvedi remained totally silent in dealing with his arguments related to the violation of fundamental rights and principles of natural justice. It also did not disclose what would happen to other such hundreds of pending service matter cases before the Uttarakhand high court, how the tribunal was competent to order criminal proceedings and compensations or to give directions to the government to set up a new statutory framework.

In Chaturvedi’s case, the bench just said that he may return to the court in case of denial of any of his reliefs by tribunal on the ground of jurisdiction.

On its rulings in other similar cases, the high court said: “The fact that in some other cases the court may have intervened cannot advance the case of the petitioner. In this case, at least objection has been raised on the behalf of the respondents, at the earliest stage when the matter came up. Any erroneous entertainment of any other writ petition will not confer any right on the petitioner to persuade us to overlook the law laid down by the Hon’ble Apex Court. Therefore, we would think that petitioner must be relegated to approach tribunal under the Administrative Tribunals Act, 1985. We leave it open to the petitioner to raise all the reliefs as are available to him. We also leave it open to the petitioner to approach this court seeking any relief, which may be rejected by the tribunal on the ground that it does not have jurisdiction.”

After Chaturvedi plea is not entertained, HC takes up similar plea

However, after this ruling by the bench headed by Joseph in June, the high court has entertained similar service pleas from other petitioners. Just four days after this ruling, the same division bench not only admitted a service matter pertaining to one Narendra Singh Mehra who had filed a petition against Uttarakhand Payjal Sansadhan Vikas Evam Nirman Nigam and another, but also issued directions in favour of the petitioner.