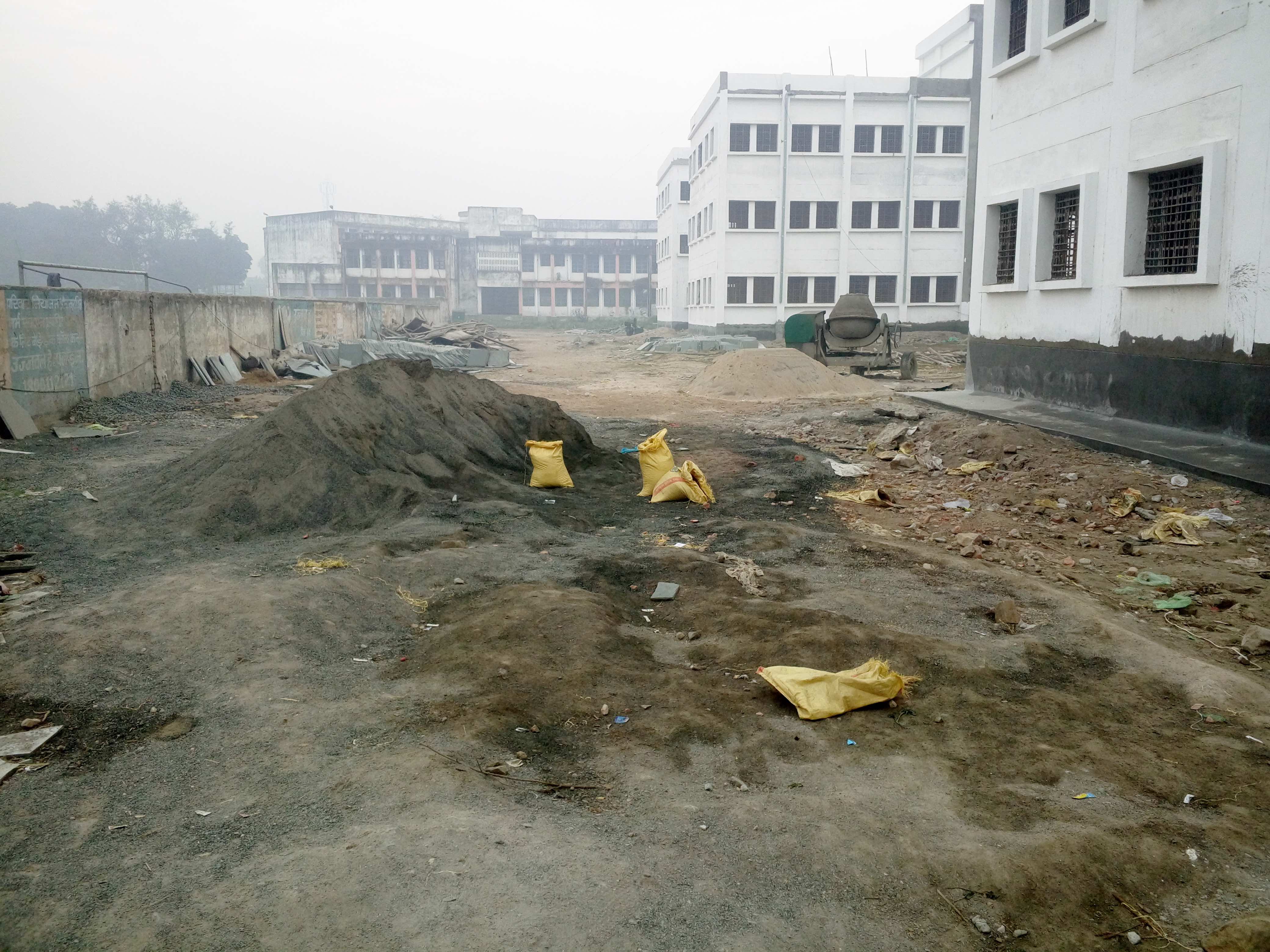 Samastipur: Sand prices in Bihar have doubled since the state government’s large-scale ban on sand mining in July 2017, reaching an all-time high in the state. This is despite the government’s claims of adequate sand availability. Sand, which was being sold at Rs 2,800-3,200 for 100 cubic feet (cft) in the free market, is now being sold at Rs 6,500-7,000 for 100 cft. Not only has the ban become an impediment to those trying to build a house, it has also stalled various development projects and caused a wage crisis in the state.

Among the worst-affected are labourers under the Mahatma Gandhi National Rural Employment Guarantee Scheme (MGNREGS). A large number of labourers in many districts have been rendered jobless in the last five months as there has been little or no construction activity in recent times.

A labourer registered under the MGNREGS (name withheld) said, “I am a registered MGNREGS card holder, I went to the thekedar (contractor) several times, but he told me that I cannot be given any work as sand is unavailable”.

A group of labourers in Samastipur said, “The ban has left us in the lurch. We chose to do this as a way of earning guaranteed wages at home (Bihar). We can’t even be migrant agricultural labourers as the cropping season in Punjab and Haryana is over. We will have to wait for another two to three months to secure two meals a day.”

The crisis has also hit the Centre’s ambitious schemes, such as the Pradhan Mantri Awas Yojana-Gramin (a social welfare programme to provide housing for the rural poor). The government had set a target of constructing 5.38 lakh houses for the FY17-18, of which only one lakh houses have been sanctioned so far to verified accounts. Besides, toilet construction under the Swachh Bharat Mission has also made slow progress. Small traders engaged in building and construction material business face having been facing similar problems. 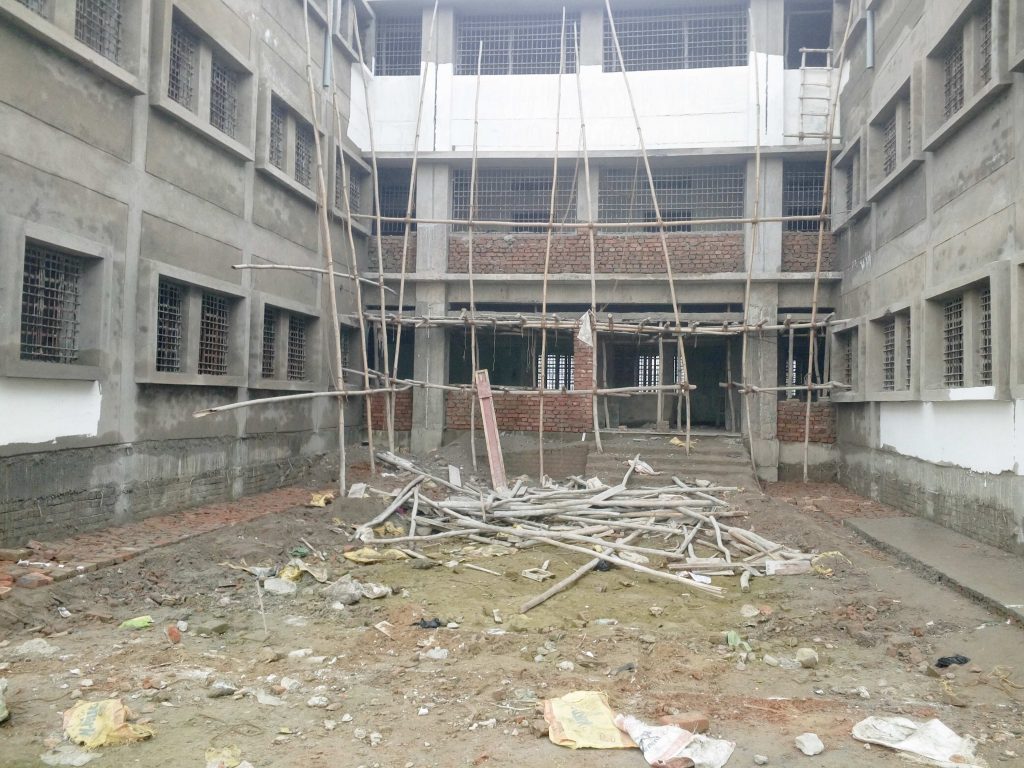 Indrajeet Kumar, a businessman from Shahpur Patori expressed his helplessness over the prolonged sand crisis. “My construction work had to stop suddenly due to the persistent rise in sand prices. The inventory of other construction materials such as sariya (iron rods), cement etc is going waste. It is difficult for us to preserve these materials for long as they lose their properties quickly,” he said.

According to a local newspaper report, the state government is generating revenue by selling sand to neighbouring Uttar Pradesh at a price much lower than the market rate. The official website of the Mines & Geology Department, Government of Bihar, highlights the price of yellow sand to be sold at approximately Rs 1,000 for 100 cft and white sand at approximately Rs 600 (inclusive of goods and services tax, excluding transportation) for 100 cft at a ‘sandghat’ (identified sand mining spot near a river bed). But in reality, the sand price in the open market is five to six times higher than the price fixed by the government.

Vinod Singh, Bihar’s minister of mines and geology, justified the new sand policy thus: “Prior to the new policy, prices were not fixed, and the sand mafia made huge profits. This caused great revenue loss to the state. Now that we have fixed the price, it is not only a step to usher in transparency but also to provide substantial revenue to the state exchequer. Now, there is no scope for illegal challan, and overload. Consequently, the price of sand has suddenly gone up. To deal with this, we have made buffer stock arrangements in a few districts to ensure smooth supply at a reasonable cost.”

After the break-up of the grand alliance in Bihar, the Nitish Kumar government had tried to curb illegal sand mining in the state. It later came out with a sand policy named ‘Bihar Minor Minerals Rules 2017’. However, In December 2017, the Patna high court stayed the new policy and the government was directed to continue with the old policy. In recent weeks, the state government started a new round of e-auctioning to end the six-month long crisis. But various stakeholders such as traders, tractor/truck owners etc have been reluctant to take to the new method because the department has imposed several new measures to curb illegal mining.

Opposition leader Tejashwi Yadav of the Rashtriya Janata Dal has termed the crackdown on the baloo (sand) mafia dubious. “In 2013-14, the Nitish Kumar government had itself awarded the mining rights at sandghats. After the coalition broke, the government cancelled the mining rights. In October 2017, the government came out with a new sand policy. And now the allotment is gradually being made to the previous stakeholders through e-auctioning,” he said.

The Bihar government imposed a blanket ban on sand mining, cancelling all previously awarded licenses. This was followed by a new policy. After six months of acute sand shortage in the state, the government exercised a fresh bidding process based on old policy guidelines. The entire process raises questions about the government’s vision behind the policy. Unless the government comes out with a clear vision, it seems that the issue surrounding the wage crisis and development will remain unsolved.