The explosives-laden car found near Mukesh Ambani's residence has brought the controversial police officer back into the spotlight. 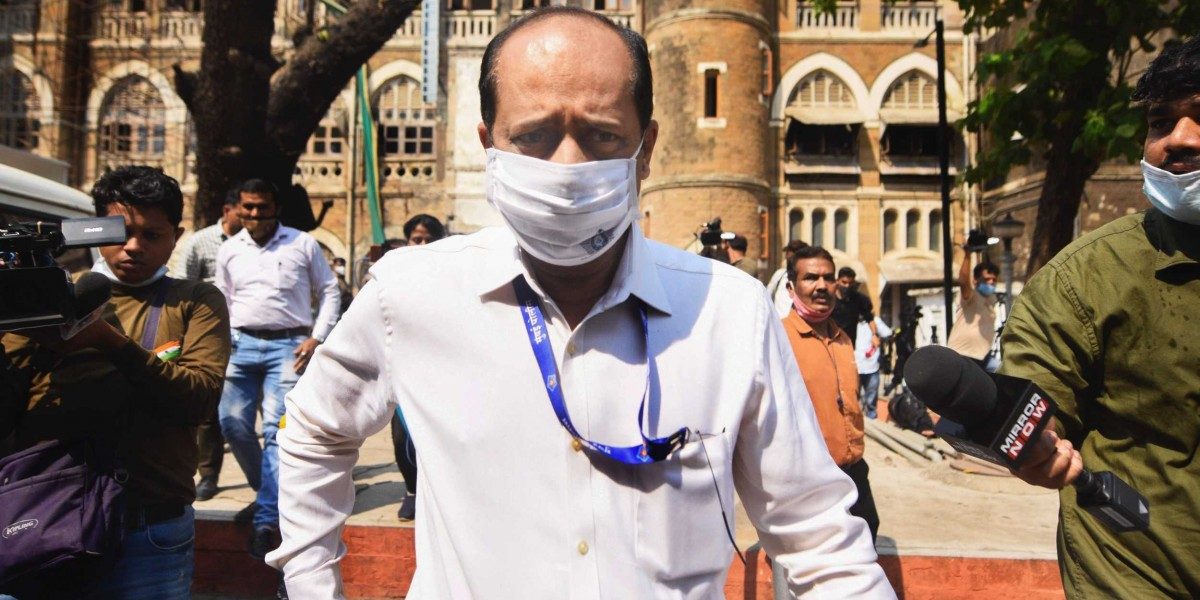 Mumbai: There is an established pattern in Maharashtra now – each time the Maha Vikas Aghadi government is seen gaining a steady footing in the state, the Bharatiya Janata Party introduces newer antics to destabilise it. Central investigating agencies are used to take over politically contentious cases. We saw it happen with the Elgar Parishad investigation in 2019, then with Sushant Singh Rajput’s death by suicide in 2020 and now, most recently, in a strange case of a terror scare outside ‘Antilia’, the south Mumbai residence of billionaire industrialist Mukesh Ambani. An explosives-laden car was found outside Ambani’s residence on February 25.

While the earlier pattern was indicative of political vendetta playing out, the recent case is remarkably different. The National Investigation Agency’s (NIA’s) probe in the bomb scare case has brought one of the most controversial police officers, Sachin Waze, back into the spotlight. Infamous for his direct involvement in at least 60 extrajudicial killings, Waze was charged with murder and destruction of evidence after a Parbhani-based techie and 2002 Ghatkopar bomb blast suspect, Khwaja Younus, was killed in custody in 2003. Later in 2012, Waze faced sustained interrogation by the Central Bureau of Investigation (CBI) for his alleged involvement in the killing of a 19-year-old Bhavnagar youth, Sadik Jamal Mehtar. And now, he is back in custody for his alleged involvement in planting an explosives-laden car outside Ambani’s home on February 25.

The NIA has booked him under several sections of the Indian Penal Code and Explosive Substances Act for criminal conspiracy, criminal intimidation, negligent conduct in dealing with explosives and forgery. The NIA has claimed that Waze had played a crucial role in placing gelatin sticks in the SUV and reportedly has also “confessed” to his involvement.

In a separate yet connected case, investigated by the State Anti- Terrorism Squad, Waze is suspected to have played a role in the suspicious death of a car décor businessman Mansukh Hiren. Hiren’s car, which had allegedly gone missing days before the bomb scare incident, was allegedly used to place the explosive substance. Hiren, about whom a missing person’s complaint had been filed with the local police, was later found dead and his body was recovered from Kalva creek, near Thane. Hiren’s wife and former chief minister Devendra Fadnavis have both alleged that Waze played a role in Hiren’s death.

Long interrogations, imprisonment, trial or suspension from the police department – none of this is new for assistant police inspector Waze. His entire career has been mired in controversy. But during the lockdown, when many in the police force were falling prey to the rapidly spreading COVID- 19 infection in the city, the state government hurriedly got him back to work. He was reinstated after a 16-year-long suspension. His reinstatement was met with a lot of criticism, but that did not stop the Shiv Sena-led government. To take matters a step further, Waze was posted at one of the department’s most sensitive units – the Crime Intelligence Unit (CIU).

As soon as he took over, Waze was given the politically sensitive Television Rating Points (TRP) rigging case. Republic TV’s founding editor Arnab Goswami is one of the prime suspects in the case and the state government isn’t leaving any stone unturned to cut Goswami to size. In another case of death by suicide of an interior designer Anvay Naik in 2018, Waze (along with other police personnel) was assigned the job of arresting Goswami from his Worli residence.

Waze, a resident of Kolhapur, joined the police force in 1990. The ’90s were also a time when the due process of law was replaced by trigger-happy policemen ever ready to kill in extrajudicial ways. Waze, among others like Pradeep Sharma, Daya Nayak, Ravindra Angre, Praful Bhosale and Vijay Salaskar, was a part of the “encounter squad” formed to cleanse Mumbai city of gang lords and extortionists. The Sena-BJP alliance was in power in the state and is believed to have encouraged extrajudicial ways to control the gang war menace in the city.

Waze’s clout was not limited to just Mumbai or Maharashtra. In 2012, the CBI had probed into his role in the extrajudicial murder of Sadik Jamal Mehtar. Waze was allegedly close to several controversial cops in the Gujarat force and the CBI had suspected he played a role in handing over Mehtar to the Gujarat police. A then CBI officer privy to that investigation said that it was not just the state police but Waze was also close to the central intelligence bureau. “Touching Waze also means disturbing the long-silenced truth of sleuths in Gujarat and central agencies,” the senior official said. “The NIA too, I am sure, won’t want to disturb that.”

Most of these policemen could manage to go on without any accountability because of their close relations with those in power. Waze, while under suspension, had joined the Shiv Sena in 2008 and is believed to have remained close to several Sena leaders. Fadnavis and another BJP leader, Kirit Somaiyya, have now accused Waze of running a business in partnership with the two Sena leaders.

Waze’s past association with the Sena has forced the party to tread carefully. Sena leaders and even its mouthpiece Saamna (edited by party MP Sanjay Raut) have time and again claimed that the NIA’s decision to take over the case is merely an intrusion and an attempt to “insult” the Mumbai police. One of the editorials claims that if Waze was indeed guilty, the state police force was equipped enough to handle it. The mouthpiece went on to say that since Waze was involved in the investigation on Goswami, he had been on the BJP and the Centre’s “hit list” and that he is merely being targeted for that.