Ryan School Murder Case: Who Will Make the Police in India Accountable?

From the neon-lit lanes of Mumbai, Delhi and Gurugram to the inaccessible hamlets of Kupwara and Sukma, the culture of the police's unaccountability for the plight of victims of crimes must go.

A police officer pulls a barricade to close a road leading to the India Gate in New Delhi December 29, 2012. An Indian woman whose gang rape in New Delhi triggered violent protests died of her injuries on Saturday in a Singapore hospital, bringing a security lockdown in Delhi and recognition from India's prime minister that social change is needed. The India Gate has been the epicenter of previous related protests. REUTERS/Ahmad Masood (INDIA - Tags: CIVIL UNREST CRIME LAW) - RTR3BYIM 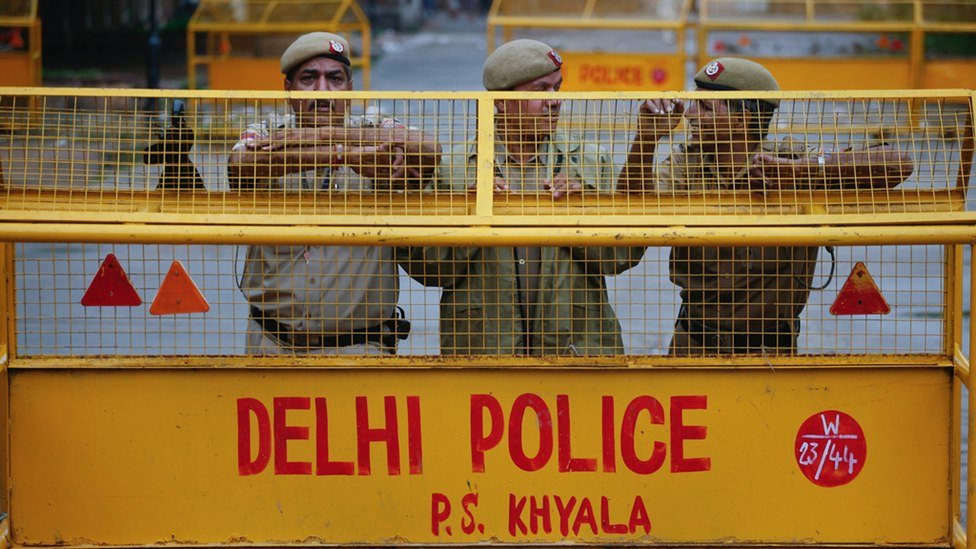 The police in India have to be more accountable. Credit: Reuters

“Koi baat nahin” – no big deal. This is what the director general of police, Haryana said when media persons confronted him about why the Gurugram Police arrested Ashok Kumar, the school bus conductor, and paraded him as the culprit in the Ryan International School murder. The CCTV footage used by the investigating team of the Central Bureau of Investigation (CBI) was available earlier as well.

According to the CBI probe team, a Class 11 student, believed to be weak in his studies, allegedly slit Pradyuman Thakur’s throat to get the school declare a holiday in order to defer a scheduled parent-teacher meeting (PTM) and an examination. The Gurugram police had initially arrested Kumar alleging that he had tried to sodomise the victim and later killed him when he raised an alarm. The case was later transferred to the CBI by the Haryana government.

The Ryan school murder case is the latest reminder of the state of crime investigation in this country. Let’s have a look at a sample of cases in which the police made a mess of investigation.

Delhi police officials fabricated a terror case (according to the National Investigation Agency) against Liaquat Ali Shah of Lolab and went unpunished. The NIA took up the probe in the case after Jammu and Kashmir government disputed the police claims against Shah. In its report, the NIA had stated that the Special Cell of Delhi police was responsible for “fake arrest memo, fake site plan” and that the former militant was arrested “without sufficient cause”. The note submitted by the NIA to the Union home ministry had mentioned that Delhi police personnel were closely associated with the disappearance of the main accused Sabir Khan Pathan, who allegedly planted weapons and explosives at Haji Arafat guesthouse in Jama Masjid. Later, the Special Cell recovered the arms and claimed Shah was to execute a terror attack in the capital.

Sukadeb filed a complaint with the Morada police station of Mayurbhanj district that his wife Lily had gone missing. However, police officials investigating the matter under the supervision of Anil Patra, the then sub-divisional police officer of Betonati, turned it into a murder case. Patra wrote in his supervisory note that there was sufficient evidence against Sukadeb and Sudam Si, brother of Lily, for committing murder of the woman. Patra then charged Sukadeb and Lily’s brother Sudam as murderers. The police had recovered a woman’s body from a village well during investigation. It claimed that it was the body of Lily. A DNA test later proved the police claim to be false. Both Sukadeb and Sudam remained in prison for four months and later let out on bail. The police filed a chargesheet against the accused. Thankfully, Lily appeared in court before the trial started.

A Delhi court acquitted nine persons accused in gang rape of an MBA student in Noida in 2009. The court observed that it appeared to be a case of false implication by the investigation officer and not the victim. Miffed by the botch-up by the investigating officer (IO), inspector Anil Samaniya, the judge ordered action against him. The judge said that “due to negligent, casual and unprofessional investigation by the IO”, the actual rapists could not be identified or arrested or subjected to administration of justice. The court observed that the untied threads of investigation made the conviction of the accused impossible.

Investigation into the murder of Haren Pandya in Gujarat, 2003 resulted in 12 people being convicted under the Prevention of Terrorism Act. They spent eight years in jail. But, the Gujarat high court acquitted all of them in 2011. The bench of Justice D.H. Waghela and Justice J.C. Upadhyaya said in their judgment:

What clearly stands out from the record of the present case is that the investigation in the case of murder of Shri Haren Pandya has all throughout been botched up and blinkered and has left a lot to be desired. The investigating officers concerned ought to be held accountable for their ineptitude resulting into injustice, huge harassment of many persons concerned and enormous waste of public resources and public time of the courts.

A day before Rakesh Maria, one of the high profile IPS officers of Maharashtra police, retired from the police force, he said “influential and wealthy people” suppressed the Sheena Bora murder – in which her mother Indrani Mukerjea and former media baron Peter Mukerjea are among those arrested – for three years. However, he didn’t name who they were.

A daily diary entry at the Pen police station states that after the burnt remains of a body were found from Gagode Budruk village in May 2012, R. D. Shinde, the then SP, had asked them not to proceed. Accordingly, Pen police station officials did not register a case of murder nor did they register a case of accidental death. The normal practice is to register a case of accidental death or murder depending upon the condition of the body and the findings at the crime scene. Moreover, Raigad Police had misplaced key packets of material DNA evidence in the probe. The role of Raigad police also came under scrutiny later. Later, the CBI said it had enough evidence against Shinde to prove he received a call on his official number from a subordinate and gave directions to not file an FIR. 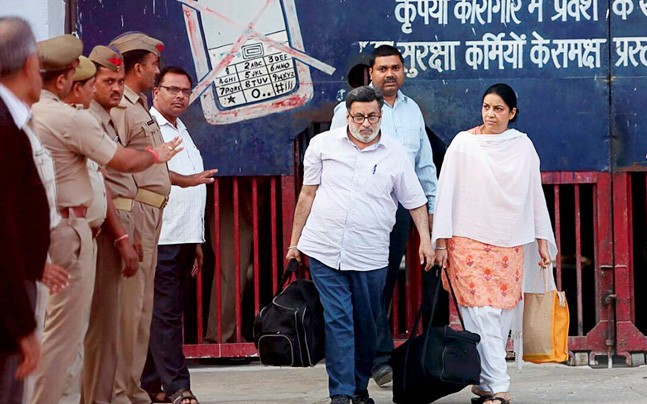 Rajesh and Nupur Talwar being released from jail. Credit: PTI

In the case of the mysterious double-murder of Aarushi Talwar and Hemraj, Noida Police arrested Aarushi’s father Rajesh Talwar as the prime accused one week after the murder. The first CBI team that took over the case from the Uttar Pradesh police turned their focus on Hemraj’s three other friends and subjected them to narco tests. The second CBI team filed its closure report that read more like a chargesheet against the parents. The three probe teams contradicted one another regarding the motive behind the double-murder, the weapon of offence and the involvement of the domestic help. The Allahabad high court raised grave questions on the CBI’s probe implicating the accused, saying that evidence was tampered with, a witness was planted and the agency discredited “clinching evidence” of the presence of Talwar’s compounder Krishna in the flat on the night of the murder. After serving years in jail convicted of murdering their daughters, Rajesh and Nupur Talwar walked out of prison recently.

Also read: The Talwars Were Innocent. The Rest of Us are Guilty

After the Allahabad high court acquitted the Talwars, two retired IPS officers, Vikram Singh and A. P. Singh, participated in TV debates on national channels as experts on criminal investigation. The TV anchors forgot to tell their audience the specifics of their experts’ achievements. Vikram Singh was the Uttar Pradesh police chief when the Noida police, busy handling a VVIP visit, did everything to destroy the integrity of the scene of crime. And A.P. Singh, a former CBI director who has been named by the same agency as an ‘accused’ along with controversial meat exporter Moin Qureshi in a case registered to probe alleged corruption, was the CBI chief when the first CBI probe team wrote fiction in the name of crime investigation in the Aarushi-Hemraj murder case.

From the neon-lit lanes of Mumbai, Delhi and Gurugram to the inaccessible hamlets of Kupuwara, Korba and Sukma, the plight of victims of crimes in India in the hands of unaccountable police officials is heartbreaking and the legitimacy of the criminal justice system in the eyes of the helpless citizens is under severe strain. The reputation of the police investigators in India is rotting in the drains. “Koi baat nahin” won’t work. This culture of lack of accountability must go.