More than half of road accidents in India happen in rural areas, but people’s awareness about safety measures and access to healthcare is low. 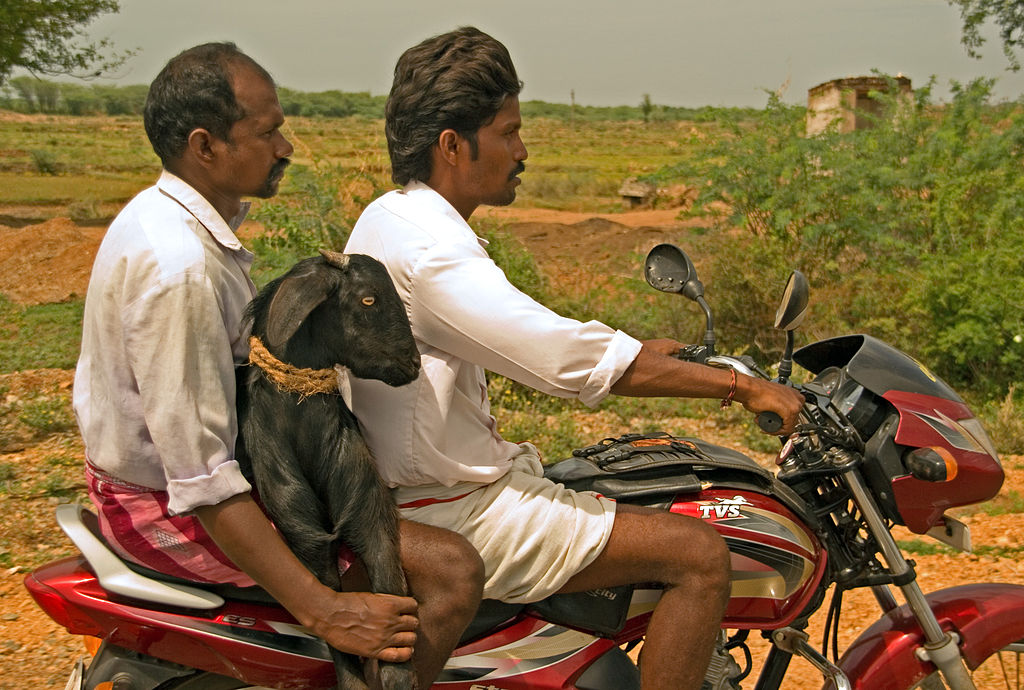 The end of last year also marked the end for a 23-year-old Baiga tribal male living in the forest village of the district of Mungeli in Chhattisgarh. The young man died an immediate death following a head injury after his newly bought motorcycle collided with a tractor.

Living with his mother, the dead boy was the sole earning member in his family. Sitting behind him was his friend from a nearby village who fractured his leg severely and is undergoing treatment in Raipur. His family is on the verge of selling their land to bear the treatment cost.

Road accidents happen all over India, but in rural India, these can often tip a family into extreme familial and financial distress. Any access to emergency care is far away. Such stories are not uncommon in rural India. The question is, what can we do about it?

Motorcycles are very important to villagers in India. Not only is it often the only affordable public transport medium available in rural areas to access healthcare, education, food and markets, it is also a sign of aspiration for most men and their families.

Shadowing this are the number of motorcycle accidents. Head injuries following a motorcycle accident can be fatal and the chances that a person will survive depends on the distance at which quality trauma care services will be available.

In India, public health facilities in villages like community health centres and primary health centres are not equipped to provide trauma care and the nearest facility where such care is likely to be available is a district hospital or a private trauma care facility in nearby towns. A helmet is a low-cost strategy to prevent head injuries. According to the United nations motorcycle helmet study 2016 , motorcyclists are 26 times more likely to die in a traffic crash than drivers of passenger cars. Wearing an appropriate helmet improves their chances of survival by 42% and helps avoid 69% of injuries to riders.

Given that more than half of all fatal road accidents in India are in rural areas, the lack of health facilities and safety measurs there needs urgent attention.

From our work in Chhattisgarh, we find that anyone wearing a helmet riding a motorcycle on a village road in Bilaspur would be a rare sight.

The use of helmets drops significantly as we move from urban to rural areas within a district. In a study done in Calicut, helmet use was observed at a maximum of 89% within the city and a minimum of 23% in some locations outside the city. Availability, awareness and legislation are important factors to explain such differences.

But how do people really feel about helmets?

While the most obvious reason ought to be safety and protection, we found that people often have very different reasons for wearing helmets. Their reasons can be things like protection from dust, rain and insects and the fear of fines. Only a few said they wore a helmet for safety.

The perceived barriers of wearing a helmet seem to be greater than its perceived benefits. Many riders feel uncomfortable riding bikes wearing helmets due to issues like feeling claustrophobic, difficulty in seeing potholes on the road, problems in hearing ambient sounds. Wearing a helmet repeatedly and for long rides has helped people overcome this initial discomfort.

People do not perceive themselves to be susceptible to a motorcycle accident, especially if they are travelling to nearby distances, such as going to the marketplace.

They take a miscalculated risk and compensate between driving carefully or at a low speed and not wearing helmets. Another perceived barrier is storage of helmets as it becomes a burden to carry these in their hands while going to the marketplace.

The solutions lie with the people

Solutions are more feasible when they are proposed by people whom they apply to. So we asked a number of people what they needed, in order to adopt more safety measures.

Many felt that the cost of a helmet and going to the town to buy a helmet was too cumbersome. People suggested that helmets can be sold through self-help groups on instalments. Companies selling motorcycles can also provide helmets as a compulsory accessory within the same cost. To aid this, introducing a government subsidy programme can be justified as hospital treatment and other related costs incurred in case of a crash will be far greater than the cost of a helmet.

Others felt that the design of helmets needs to be changed to make these more comfortable to use and easier to store and carry. Some villagers complained about helmets being heavy, not having enough space to breathe and difficulty in seeing through the glass cover. As suggested by our rural riders, helmets can be designed to be more breathable, light weight, with a self-strapping technology and specially designed helmets for children. Some solutions are already there for its storage, such as under seat storage, top-boxes, helmet-carrying and securing devices.

Village folk also feel that contact points, such as panchayat meetings, markets, schools and health centres can play an important role in raising awareness and help people make a connection between wearing helmets and protecting their heads. A common sentiment among the rural folk is that sharing of experiences by people who have been victims of motorcycle accidents can also have a high impact on raising awareness. They also suggested monitoring by panchayats, self-help groups and youth groups.