Civil rights group found that 21 out of 29 information commissions set up under the RTI Act have not held any hearings during the period. 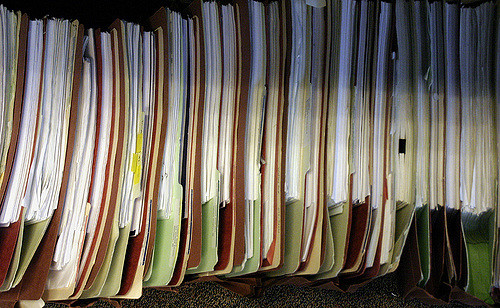 Two commissions were completely defunct as the serving information commissioners in both had retired during the lockdown. Photo: Zachary Korb/Flickr CC BY-NC 2.0

New Delhi: The coronavirus-induced lockdown has adversely impacted the right to information movement in the country as 21 out of 29 information commissions set up under the RTI Act have not been holding any hearings.

Moreover, only seven of these committees have been taking up urgent matters related to life and liberty and websites of only 11 of them have been putting up any kind of information regarding their functioning.

‘Commissions must not abdicate role to ensure access to information’

The report said, “while in the midst of a pandemic, it is reasonable to expect some delays in processing information requests, commissions must not abdicate their statutory role in ensuring access to information, especially related to delivery of essential commodities and services.”

The report, compiled by Anjali Bhardwaj, Amrita Johri, Indrani Talukdar and Sagarika Ghatak, has revealed that the websites of 3 SICs – Bihar, Madhya Pradesh and Nagaland – have not even been accessible to people during the lockdown.

Referring to the imposition of the lockdown on March 25 and its subsequent extensions from April 15 and May 4, the report said in phase all government offices, autonomous bodies and commercial establishments, other than those involved in essential and emergency services, were to remain closed. During phase two all government offices, autonomous bodies and public corporations were allowed to open and all officials of the rank of deputy secretary and above were to attend office, while below that rank, attendance of up to 33% of the staff was allowed.

The report examined if the information commissions issued any notification regarding the status of their functioning during the lockdown; made any provision for hearing urgent matters during the time when normal functioning was suspended, and; whether they were hearing appeals or complaints.

Only eight commissions out of 29 heard appeals or complaints

The report noted that when it came to hearing and disposal of appeals and complaints, 21 commissions out of 29 were not doing so as of May 15. The only commissioners which were hearing matters were the Central Information Commission and four state information commissions of Arunachal Pradesh, Chhattisgarh, Haryana and Telangana.

The SICs of Manipur, Punjab and Rajasthan were only available for “urgent matters or those involving life or liberty”. The Andhra Pradesh SIC was only taking up matters in which information had been denied and was deciding these on the basis of available documents, without holding any hearings.

The report said only seven commissions issued notifications to make provisions to take up urgent matters or those related to life and liberty. These were the Central Information Commission and the Arunachal Pradesh, Haryana, Manipur, Punjab and Telangana SICs. The SIC of Rajasthan made a provision for hearing such matters only from May 4.

The report also stated that there was very little information flow on the websites of most commissions with 11 not providing any information or notification about the functioning of the information commission during the lockdown. These were the commissions of Assam, Bihar, Himachal Pradesh, Kerala, Madhya Pradesh, Manipur, Meghalaya, Mizoram, Nagaland, Sikkim and Tripura. The Bihar, Madhya Pradesh, Manipur and Sikkim SICs later told the evaluators that their notifications had been issued but not uploaded on their websites.

When it came to accessibility of websites of the commissions, the report said attempts to reach those of Bihar, Madhya Pradesh and Nagaland between May 1 and May 11 were not successful. The report said this showed the extent of hardship complainants could be facing. “This is extremely problematic during a time when offices are shut and the primary way for citizens to know about the functioning of commissions and the (re)scheduling of cases is through their websites.”

The report also pointed out that two of the commissions – Jharkhand and Tripura – did not have any commissioners and were thus completely defunct. Their serving information commissioner retired during the period of the lockdown and though they did so on completing the stipulated tenure or attaining the age of 65 years, their replacements had not been arranged for beforehand.

Four other commissions – Bihar, Goa, Rajasthan and Uttar Pradesh – were found functioning without a chief information commissioner, with Rajasthan being without one for over 15 months.

In view of the findings, the two civil rights groups which conducted the survey, have also made some recommendations.

Calling for effective and timely disposal of cases, they said given the nature of the crisis “information commissions have the obligation to put in place mechanisms, including people-friendly technological solutions, in case physical hearings are not possible. Commissions like the CIC, have shown that it is possible for commissioners to continue to hear and adjudicate on cases despite a lockdown.”

Further, the groups have urged for the “prioritisation of cases dealing with information related to life and liberty” saying these should be “taken up in a time-bound manner by the ICs for hearing and disposal”. To this end, they said, commissions should set up systems to identify and fast track such cases.

The groups have also demanded that commissions ensure pro-active disclosure of information under Section 4 of the RTI Act, especially in matters related to relief measures announced by governments.

They also said urgent digitisation of records and proper record management should be done. “The current crisis has exposed serious gaps in the digitization of public records. Lack of remote access to records in the lockdown has been widely cited as the reason for not being able to conduct hearings of appeals and complaints by commissions. ICs must undertake an audit of record keeping in each public authority and use their powers under the law including in sections 19(8) and 25(5), to ensure public authorities undertake urgent and appropriate steps for digitization,” they argued.

Finally, the two groups urged the governments to put in place a mechanism for online filing of RTI applications, first appeals and second appeals or complaints saying, “this is will facilitate peoples’ right to information even during times like the current crisis when physical movement is restricted and will save considerable cost of transportation and postage.”