Noted activist Venkatesh Nayak points out how the amendment Bill, which was listed in the business of the parliament but deferred in the wake of protests from the opposition and activists, also discriminates against information commissions on the basis of salaries.

New Delhi: While a number of Right to Information (RTI) activists have already spoken out against the RTI Amendment Bill 2018 diluting the provisions of the original RTI Act 2005 as it seeks to provide unbridled power to the Centre to decide on the salaries and tenures of the information commissioners, it has now been pointed out that the Bill also violates various constitutional provisions, Law Commission recommendations and the Centre’s own earlier actions of harmonising salaries of other statutory tribunals and adjudicating authorities.

Though in the wake of opposition from activists and political parties, the Centre had deferred the introduction of this Bill in the ongoing monsoon session of the parliament, programme coordinator at the Commonwealth Human Rights Initiative Venkatesh Nayak has stated that apart from the concerns already raised regarding the proposal, there were five additional points which indicate the regressive nature of the latest proposals to amend the RTI Act.

He said the fact that even before the amendment Bill had been tabled in the parliament, the nodal department for RTI – Department of Personnel and Training – issued a controversial advertisement to fill up vacancies in the Central Information Commission (CIC), working on the presumption that these amendments will receive parliamentary approval. The advertisement stated that the salaries and tenure of the new appointees will be specified by the government, instead of going by the the current regulations under which the salary and allowances are equal to that of the election commissioners and the term is of five years.

Nayak said while the introduction of the Bill has been deferred, it remains on the list of legislation that the government seeks to introduce in the Rajya Sabha. As such, he has gone ahead to elaborate on the problematic areas of the draft amendment Bill.

Pointing out that the amendment proposals contradict the Centre’s action of 2017 upgrading and harmonising the salary packages of other statutory tribunals and adjudicating authorities established under various Central laws, he recalled how, in June 2017, the Centre had upgraded the salaries, allowances, eligibility criteria and the manner of appointment of the chairpersons or presiding officers and members of 19 tribunals and adjudicating authorities. All of these, he said, had been established under a specific law, and their members were not constitutional authorities. 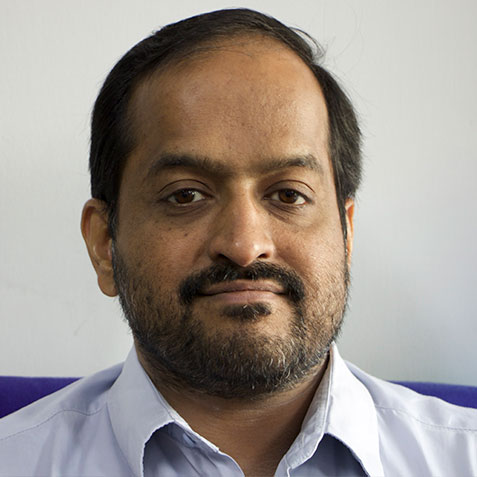 The RTI activist also insisted that the amendment proposals contradict the rationale behind the October 2017 recommendations of the Law Commission of India for harmonising the salaries and terms and conditions of service of other statutory tribunals established under various Central laws.

He said in the 272nd Report on Assessment of Statutory Frameworks of Tribunals in India, the Law Commission had called for the harmonisation of the salaries and allowances of many of the statutory tribunals. “By then the Central government had already taken action in this regard. LCI did not discuss the salaries and allowances paid to the information commissioners in its report. Perhaps this was omitted as their salaries already stood fixed at the same levels which they were recommending for other statutory tribunals. So the spirit of the recommendations of LCI applies equally to the Information Commissions and there is no reason to treat them differently,” Nayak argued.

Information commissioners have the right to be treated equally

He said the information commissions also deal with fundamental rights matters. He said that “Amendment proposals do not answer satisfactorily to the test of ‘intelligible differentia’, which is a requirement for treating unequals differently under Article 14 of the Constitution of India. So it is submitted that the amendments to the RTI Act if carried out may fall foul of the fundamental guarantee of the right to equality before law to every person.”

A blow to federal scheme of RTI Act

Further, the salaries of information commissioners in the states are paid out of the consolidated fund of the concerned state over which the Centre has no control. So the RTI Amendment Bill is another example of seeking excessive delegation of powers by the Centre. As such, he said, by seeking to delegate excessive powers in the hands of the Centre, the amendment proposals would deal a “blow to the federal scheme of the RTI Act.”

Nayak also said that as already pointed out by several critics, the Centre had not conducted any consultation with the primary stakeholders, namely the citizenry and the information commissions on the amendment proposals. “This is a clear violation of the 2014 policy on pre-legislative consultation, which must precede all law-making exercises or amendments to existing laws,” he added.