The Swadeshi Jagran Manch says the move is anti-patriotic as it could create long-term risks for the economy. 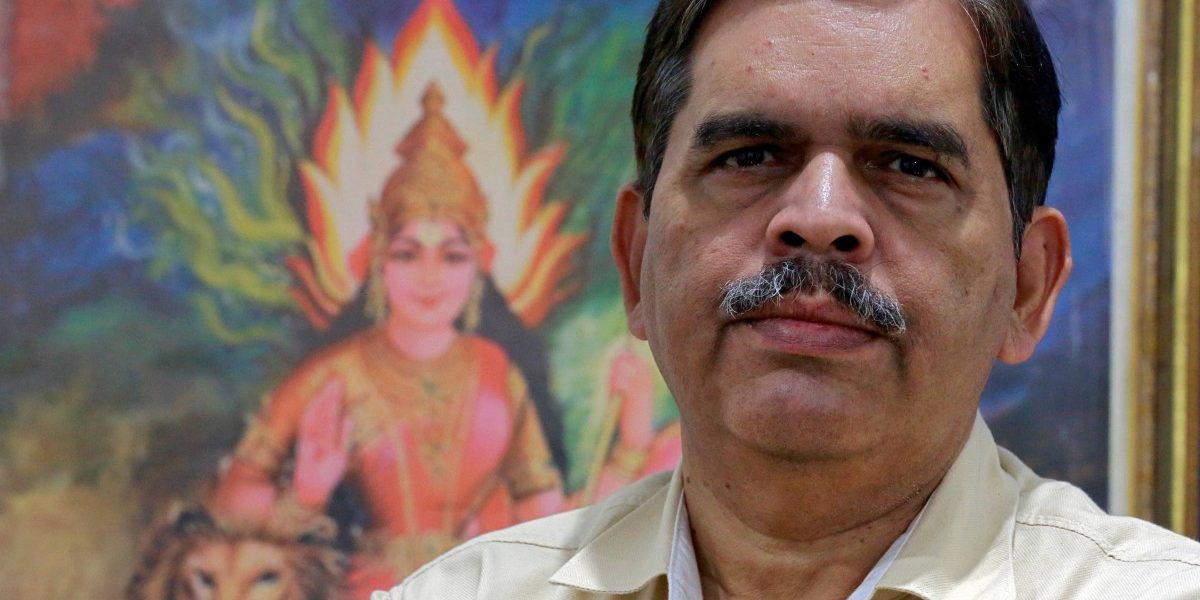 They say it is anti-patriotic as it could create long-term risks for the economy, potentially allowing rich foreign nations and their financial institutions to dictate the country’s policies.

“We can’t allow this to happen,” declared Ashwani Mahajan, the co-convenor of Swadeshi Jagran Manch (SJM), the economic wing of the Rashtriya Swayamsevak Sangh (RSS).

The RSS was the key founder of the ruling Bharatiya Janata Party and has people it nurtured in top positions in the government, including Modi himself.

Declaring that the SJM will campaign against the plan by convening meetings of influential economists, Mahajan said: “We are confident that government will withdraw its decision on these bonds.”

“We must look at the experience of countries that have taken loans from international markets to meet their government deficit. The experience of these countries has been far from good,” he said, citing Argentina and Turkey as examples.

Mahajan said going overseas to borrow may mean that the rupee currency depreciates at a faster rate and allows foreign governments to demand tariff reductions.

A finance ministry spokesman declined to comment for this story.

Speaking at a business summit in London, British Prime Minister Theresa May expressed hope that the Indian government would choose the British capital as the location to issue its first international sovereign bonds.

Also read: The World Economy Is Too Messy for India to Go for Sovereign Bonds

New Delhi has not so far given any details about where they will be issued.

Subhash Chandra Garg, the top official at the finance ministry, told Indian business leaders last week that the overseas debt move was part of efforts to bring down real interest rates for Indian firms, to help the economy grow faster.

“We will have a very open attitude to welcome foreign investment and savings because that is what would be required,” he said.

Garg said that the problem with relying so much on domestic debt was that the government tapped into nearly 80% of total savings in the economy, leaving little for private companies. As a result, those businesses are forced to pay up to 12-13% in interest rates on bank loans.

The government has in the past considered raising funds from overseas markets but those tasked with determining the feasibility of such a plan have ended up recommending against it.

“Most of the debt is of domestic origin, insulating the debt portfolio from currency risk,” India’s previous finance minister, Arun Jaitley, wrote in a paper on public debt in February last year.

It is not only the RSS’ economic branch that has criticised the government’s proposal.

India should worry about short-term “faddish investors buying when India is hot, and dumping us when it is not”, former central bank governor Raghuram Rajan wrote in an article for the Times of India newspaper last Saturday.

The SJM has shown it can mobilise opinion to change government policy on several occasions in the past few years, including pushing it to take a harder line against genetically modified crops and a more protectionist stance on trade issues.

It helped to pressure the government into introducing new e-commerce regulations in February that upset two American behemoths, Amazon.com Inc and Walmart. The U.S. companies said the move discriminated against them and favoured domestic retailers.

But the BJP may not bend on this occasion.

Gopal Krishna Agarwal, the BJP’s national spokesman on economic affairs, said that despite some risks highlighted by the critics, the sovereign bonds were the “best alternative” at this point, considering the government’s massive investment plans.

The government’s goal of keeping real interest rates low makes it difficult to raise funds in the domestic market at reasonable rates, he added.

Agarwal cautioned, however, that the government has to stick to its fiscal deficit target of 3.3% of GDP for the current year ending next March and ensure that overseas borrowing does not lead to a higher deficit.

Based on its sovereign credit rating, which stands at ‘BBB-‘, analysts suggest India would be able to raise U.S. dollar funds overseas at about 3.2% at current market rates, though that figure would rise once hedging costs are taken into account.

The 10-year government bond, the most liquid paper in the domestic debt market, closed at 6.33% on Tuesday.