The police has said that the refugee cards issued by the UNHCR are not sufficient for the migrants to continue living in the country and has ordered them to vacate their homes immediately.

Toyeba, 27, a Rohingya refugee with her children in Jaipur. Credit: Shruti Jain 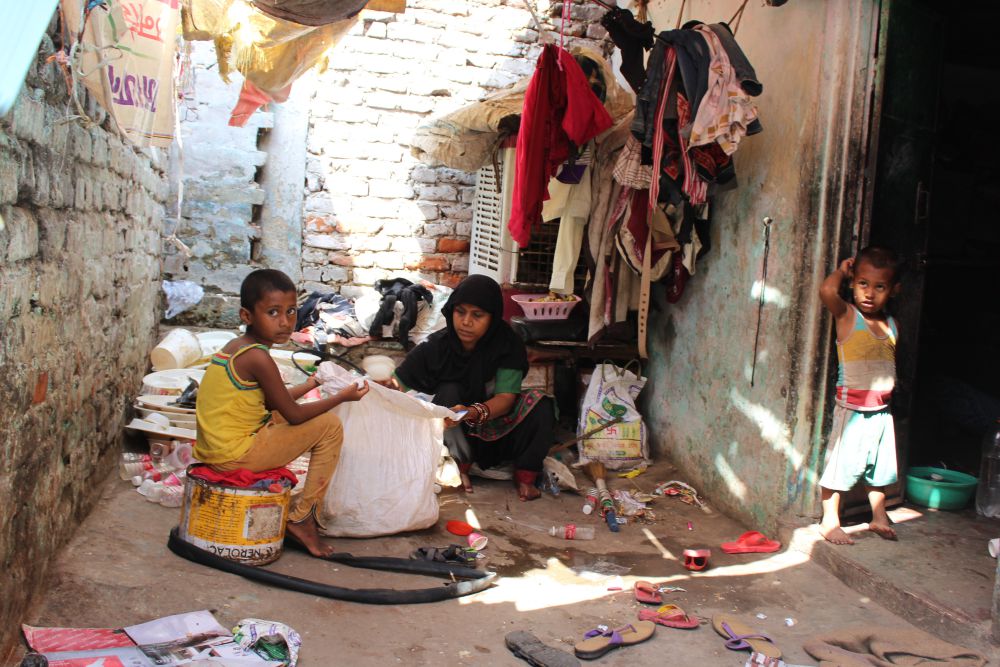 Toyeba, 27, a Rohingya refugee with her children in Jaipur. Credit: Shruti Jain

Jaipur: “It was for the first time in last three years of our stay in Jaipur that we were intimidated by anyone. Before this, the police had no issues with our presence. In fact, we had submitted them the photocopy of our refugee card issued by the United Nations High Commissioner for Refugees (UNHCR). We are not able to understand this sudden change in their attitude. Where will we go,” Toyeba Begum, a 27-year-old Rohingya refugee living in Rajeev Nagar colony in Jaipur told The Wire.

On August 15, the Jaipur police had ordered the 120 Rohingya families living in the rented homes in the city’s Hasanpura, Hathroi and Rajeev Nagar areas to vacate their homes immediately. This came a week after Kiren Rijiju, the minister of state for home affairs, told the parliament that “the government has issued detailed instruction for deportation of illegal foreign nationals including Rohingyas” and noted that over 14,000 Rohingyas, registered with the UNHCR, are presently living in the country.

For decades there have been ethnic tensions between Buddhists and Muslims in Rakhine State in western Myanmar. The estimated 1.2 million Rohingyas, most of whom live in Rakhine State, are persecuted by the Buddhist majority, denied citizenship, forced to face restriction on movement, livelihood and shelter and stigmatised as ‘illegal immigrants’ from Bangladesh despite many having lived in the country for generations.

Those who have escaped the oppression still ravaging the Muslim minority in their homeland are largely living in Indian states of Jammu and Kashmir, Uttar Pradesh, Delhi-NCR, Hyderabad, Haryana and Rajasthan. Most of the Rohingyas here work as ragpickers, collect scrap and drive electronic rickshaws and earn a monthly income of less than Rs 5,000. 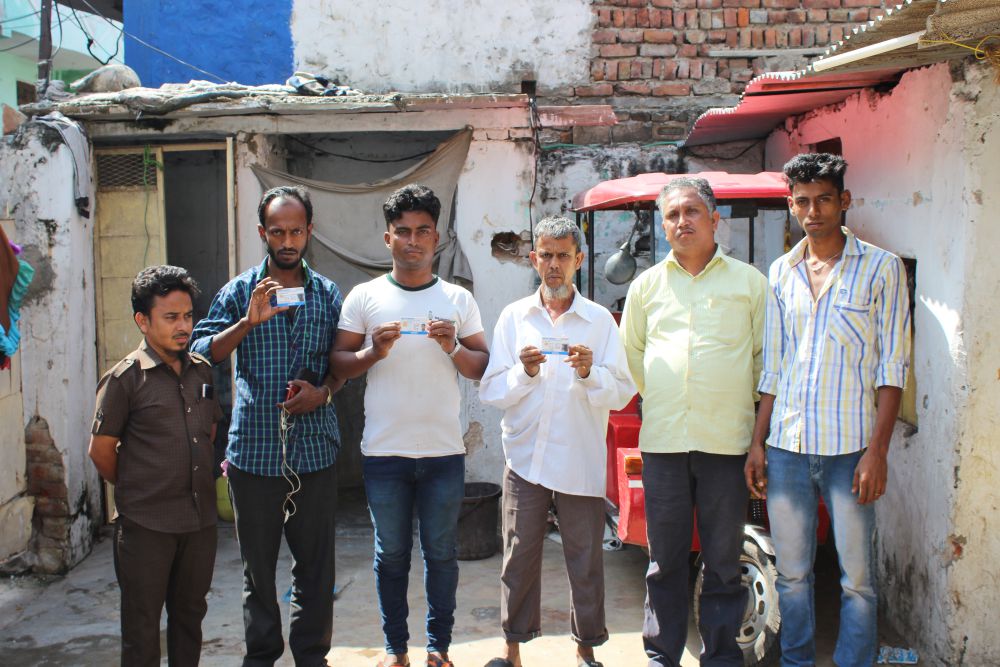 “I used to live in Delhi’s Sarojini Nagar before I settled in Jaipur and started working as an electrician. It’s been a decade now. Though we earn very less but we like the peace here. Everything was fine until last month when the police ordered us to leave the country. They don’t want to listen to our problems. When we went to the Sadar police station to request the SHO, he said, ‘Media ko bula lo, human rights walo ko bula lo, kuch bhi kar lo par hum tumhe border par chod ke hi aayenge (Call the media, call human rights activists, do whatever you want, but we will deport you in any case),” Syed Alam, 38, another Rohingya refugee told The Wire.

Thirty-two-year-old Noor Alam, one of the Rohingya refugees at Rajeev Nagar colony who earns a living driving an electric rickshaw, said, “We like to stay in Jaipur. People here are friendly. Our kids have started studying in the city’s government schools but this sudden ire on us is shocking. The SHO don’t want us to stay in Rajeev Nagar so we are looking for another place but no one gives their house to us on rent after knowing that we are from Myanmar.” 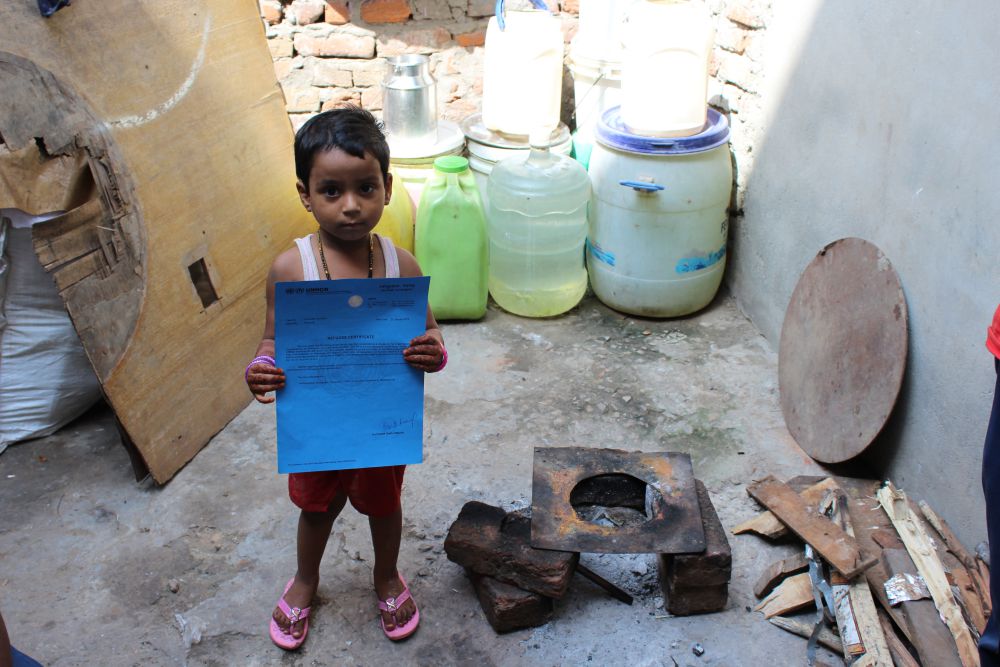 After the orders, the migrants from Myanmar living in Jaipur have been forced into hiding in the city. “Some of the Rohingya families have left their homes in Rajeev Nagar fearing deportation. We are also looking for another place but it is not easy to find one. If the police comes, we will have to run,” said 38-year-old Noorul Amin.

Speaking to The Wire, Radmal Singh, station house officer at the city’s Sadar police station who led the crackdown said, “We haven’t asked them to vacate their homes. We just want them to provide us any ID issued by the government of India to continue their stay here but they don’t have it which means they are staying in the country illegally and can be dangerous. They even don’t have any identity proof of their landlords. It’s a serious security concern.” 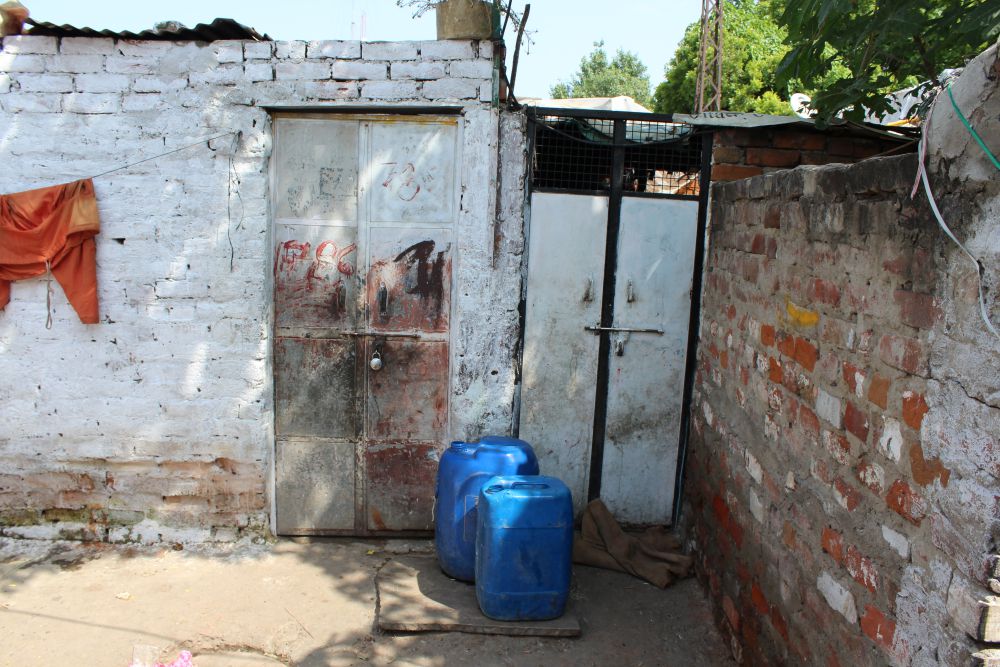 Locked homes of the Rohingya refugees in Rajeev Nagar who left their homes after police intimidation. Credit: Shruti Jain

“We know they have refugee cards issued by UNHCR but that card doesn’t have any identification of the Indian government. So we cannot consider that,” Singh added.

India is not a party to the 1951 Refugee Convention that outlines the rights of the displaced, as well as the legal obligations of the state to protect them but is still bound by the convention’s principle of non-refoulement, which prohibits the return of a refugee to a territory where his or her life or freedom is threatened, and is considered a rule of customary international law. As such it is binding on all states, regardless of whether they have acceded to the 1951 Convention or 1967 Protocol that a refugee seeking protection must not be prevented from entering a country as this would amount to refoulement.