From May 7 Onwards, India to Bring Back 'Distressed' Nationals Stranded Abroad

Unlike earlier air evacuees, passengers will have to pay for seats on the special flights. Passage on the naval ships, however, could be free of cost. 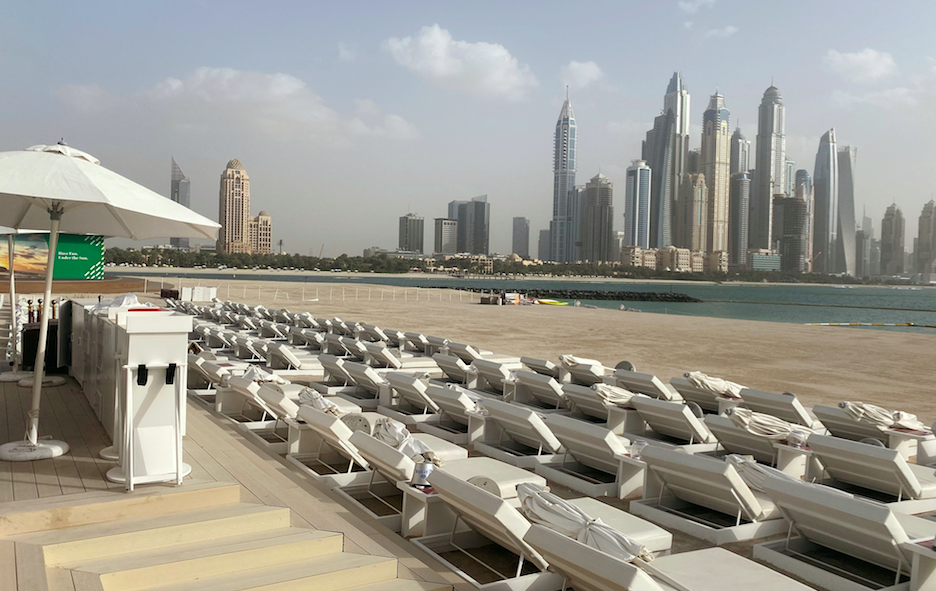 File image of Dubai amidst its coronavirus curfew, in late March. Photo: Reuters

New Delhi: The government on Monday announced that repatriation flights to bring back Indian nationals stranded abroad will start from the Gulf countries May 7 onwards.

In a press statement, the Ministry of Home Affairs announced that the government will be “facilitating the return of Indian nationals stranded abroad on compelling grounds in a phased manner”.

The effort will begin from May 7 using both aircraft and naval ships, on the basis of a standing operating protocol, it said.

Last week, Indian missions in the Gulf had issued a questionnaire asking Indian nationals to register their interest to return and provide details of their intended final destination.

There was a deluge of applicants, with the UAE alone registering over two lakh citizens till Monday night. In this phase, India plans to bring back Indians from six countries in the region, which will be expanded to include United States, United Kingdom, Malaysia and Iran.

As per sources, Indian government has capped the number of people who will be brought back in first phase at around 1.9 lakh. The numbers may go up to half a million by the end of the second phase. The first two flights on May 7 will be from Abu Dhabi to Kochi, followed by Dubai to Kozhikode.

This means the Indian missions will have to prepare the list of “distressed” Indian citizens – for example, people who have lost jobs – who would require early return.

Sources told The Wire that the government has drawn up a criteria for “compelling grounds, which include being laid off or fired from job. Indians who have applied for amnesty for undocumented workers and are waiting to be deported will also get priority. The other conditions are citizens on short term visa, like that of tourism, students or if they have life-threatening medical conditions, that require urgent surgical procedures.

The ministry of external affairs will issue a separate public statement with details of standard operating protocol, as well as, the details of the entire process.

The home ministry also made it clear getting a seat on the non-scheduled commercial flights would be on payment basis. So far, the ticket price has not been decided, but it is likely to be similar to the rates before the pandemic began and air transport ground to a halt, worldwide.

The naval ships, as per a source, could be used to bring back Indians who cannot afford to pay for flight tickets.

Incidentally, an Indian naval ship will bring back 700 Indians from Male’ to Kochi on May 8. Here also, the citizens who will be brought back will have to meet certain criteria for “compelling” reasons to return to India. Maldives’ capital city has seen a surge in recorded cases of coronavirus infection in last couple of weeks.

India had earlier brought back over 2,400 citizens from China, Japan, Iran and Italy, before the entire country went into lockdown from March 25. Those flights, which accommodated students, tourists and pilgrims, had been operated by Air India and did not require any payment.

India sent medical teams to Iran and Italy to conduct tests, so that only those with negative results were brought on the packed flights. However, even with those precautions, several of those who came back from Italy and Iran tested positive for coronavirus during their quarantine period in India.

In the upcoming flights, Indians will only be allowed on the flight after a pre-departure medical screening, but there is no indication if a test will be done. “Only asymptomatic passengers would be allowed to travel,” said the statement.

During the flight, passengers will have to follow health protocols on wearing masks and social distancing.

After landing in India, “everyone” on the repatriation trip has to download and register themselves on the Aarogya Setu app.

Once in India, respective state governments will take over all arrangements, “including for testing, quarantine and onward movement of the returning Indians”.

Southern states, especially Kerala, are expected to get the bulk of the returnees. A separate registration programme by the Kerala government had found that 300,000 Keralites wanted to return.

The returnees will have to pay the state governments for a compulsory 14-day quarantine that could be spent in a hospital or other special facilities, like hostels and hotels. “COVID-19 test would be done after 14 days and further action would be taken according to health protocols,” said the MHA press note.