Reform IAS, but Don’t Throw the Baby Out With the Bathwater

The recent scathing attack on the Indian Administrative Service by Prime Minister Narendra Modi could potentially demotivate a large number of committed officers, affecting governance across the country.

Enhancing the competence of IAS is required, but running it down does not help.

Recent reports in the media have indicated that Prime Minister Narendra Modi has expressed unhappiness with the Indian Administrative Service (IAS).

Which roughly translates as: “Babus will do everything. By dint of becoming IAS officers, they’ll operate fertiliser warehouses and also chemical warehouses, even fly airplanes. What is this big power we have created? What are we going to achieve by handing the reins of the nation to babus. Our babus are also citizens, and so are the youth of India.”

Coming as they do from the Prime Minister, these words need to be looked at with great sincerity and thoroughness. It can be argued that the remarks by Modi in Parliament were made in the context of a debate on private sector investment and were meant to emphasise the importance of private sector professionals and should be seen in a proper perspective. But even in that context, this is a bit of an over-emphasis. 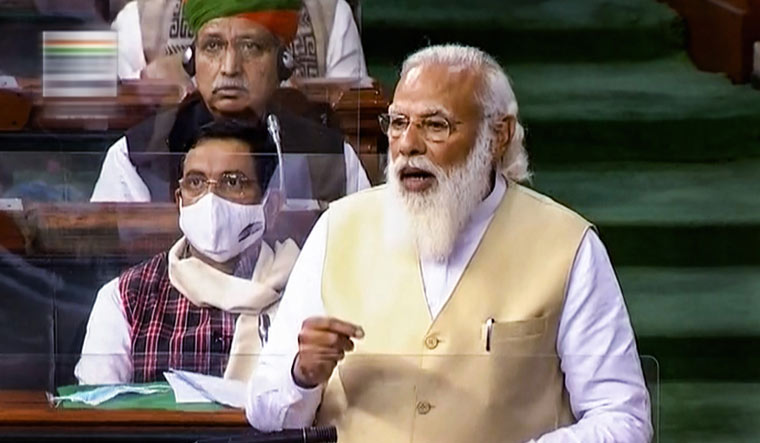 Modi’s remarks raise a whole host of issues, but they particularly evoke curiosity because he has effectively used the civil service to deliver public services. Having interacted with him for nearly a decade when he was the chief minister of Gujarat, I am familiar with his style of working; so it has surprised many civil servants like me.

Even in Delhi, his working style is said to involve close coordination with civil servants and giving them directions for various programmes. In fact, he has initiated the programme called PRAGATI (Proactive Governance and Timely Implementation) where he meets with state chief secretaries and reviews the progress of major development and infrastructure projects. This direct interaction again indicates his strategy to use the civil service structure effectively.

Also read: Lateral Entry Is Fine. But What About Enhancing the IAS’s Professional Competence?

Then why such scathing observations? If he is dissatisfied with a proposal, he could get policies done to decide which jobs civil servants should not do. But why a public expression of anguish and dissatisfaction?

The creation of IAS as a successor body to the Indian Civil Services (ICS) was extensively considered in the constituent assembly. Sardar Patel, then home minister and deputy prime minister, had strongly favoured the continuation of the service to help run the country and had mentioned in the constituent assembly debate that he wanted those officers to present their views freely and fairly.

Patel had said: “This Constitution is meant to be worked by a ring of Service which will keep the country intact. There are many impediments in this Constitution which will hamper us, but inspite of that, we have in our collective wisdom come to a decision that we shall have this model wherein the ring of Service will be such that will keep the country under control.”

Even in Patel’s time, there was strong opposition. It continues to be so as many power centres periodically attack the services. This is mostly either some political executive unhappy with civil servants trying to show the rule book or an ambitious individual wanting to move ahead to the top positions. Often inter-service rivalry – when taken into consideration other prestigious services like police service, foreign service, among others – results in criticism of the IAS, and demands from them for various positions have not been met. This constant questioning of the relevance of the service is not good for the stability of our democracy. Reforms are fine but attacking the very structure will weaken us.

The evolution of IAS

Post-independence, the responsibilities of the state have expanded enormously. It is no longer a regulatory structure concerned with the maintenance of law and order only. Economic development, and our emergence as a global power, has become important for our nation. This has given rise to demands for personnel for new institutions and public sector enterprises.

It has also seen a shift in expertise in the IAS, as a large number of engineers from the IITs, and doctors have joined the service in the last three decades. A number of officers who have specialised from reputed foreign universities, like Harvard, Stanford, Oxford and London School of Economics, have joined and improved the service’s professional expertise. Over the years, there has been a major improvement in the professional capabilities of civil service officers.

Development, growth and economic liberalisation have also led to the growth of the public sector setting up new regulatory bodies. Of these, while the public sector has been managed primarily by domain experts or financial managers, several regulatory bodies have used the services of the IAS or central services. Thus, units spending billions of dollars like Oil and Natural Gas Corporation (ONGC), Indian Oil Corporation (IOC), National Thermal Power Corporation (NTPC), Coal India, and Steel Authority are all managed by professionals.

Also read: Book Review: What Ails The IAS And Why It Fails To Deliver

In many areas, both professional economists and experienced economic administrators have been used. The Reserve Bank of India (RBI) has had governors like Dr. C. Rangarajan and more recently Raghuram Rajan, both eminent economists. It also had ICS officers like H.V.R Iyengar, L.K. Jha, and IAS officers like Y. Venugopal Reddy and S Venkitaramanan.

When emergencies arise, like recently for Yes Bank, experienced IAS officers are asked to handle the matter.

India’s economic growth also requires a strong focus on science and technology. This has led to the posting of eminent scientists as secretaries of the department of science and technology, biotechnology; and chairmen of the earth sciences department. It has led to the development of the Council of Scientific and Industrial Research (CSIR), Defence Research and Development Organisation (DRDO), Indian Council of Agricultural Research (ICAR) and other institutions headed by eminent experts.

It has resulted in the space commission and atomic energy commission led by experts as secretaries. The broad approach has been to use IAS officers only in areas of management, where their expertise would add value. While it cannot be denied that at times certain selections have raised eyebrows (failings of a democracy where some interested groups want to protect their interest), the broad approach has been to let technical and professional experts run their areas, leaving the governance structure to the civil service.

The indispensability of IAS

In all democracies, there are certain jobs that have competing claimants from civil servants, bankers, economists or people from internal security or the foreign service. While such examples are not many, the competing claims are decided by the political executive in terms of needs of the job and outcomes as against individuals wanting to have it.

It is possible that individuals may lay claim to a job for which there are better claimants. But, to run down a whole service for it does not do justice to all the honest, committed civil servants and those who are engaged in discharging their responsibilities with zeal. It demotivates them as their image is tarnished. It has the possibility of bringing down the level of performance in implementing key development schemes of the government. This lowering of motivation is especially bad at a time like this when a pandemic is wreaking havoc on our society.

Political leaders in India draw their inspiration from their senior and more experienced party leaders. Modi is seen with great respect from his party colleagues. He is the tallest leader across the political spectrum in the eyes of many. His words carry enormous influence across the country.

There is a worry that in National Democratic Alliance (NDA) ruled states, or even in states ruled by opposition parties, the observations made by the Prime Minister in Parliament may be quoted to discredit secretaries from the IAS, and vested interests may gain ground. This may encourage unscrupulous ministers to ignore the advice of civil servants on important policy issues and further their nest. This may lead to a lowering of standards in governance.

Across the globe, the political executive is supported by civil service. The civil service, IAS in particular, forms the backbone of the governance structure in India. Governments will have to consider and carry an in-depth analysis of what administrative structure do they want.

But, carrying out the business of governance will require a strong and professionally competent civil service. Considering India’s diversity, fissiparous tendencies in some regions and the need for a strong centre, there is definitely a need for competent service. This calls for further professionalising the IAS, putting focus on specialised training, both in India and abroad, and reinforcing a beleaguered ‘steel frame’. Running it down will weaken us as a nation.

B.K. Chaturvedi is a former Cabinet Secretary and former Member of the Planning Commission.