Zafar Hussein intervened and tried to stop municipality officials from taking pictures of women defecating in the open, but was kicked, punched and beaten to death by them. 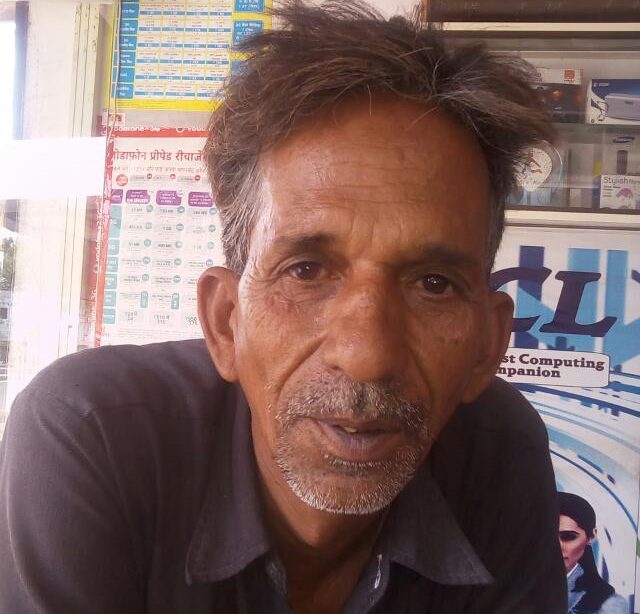 New Delhi: A 55-year-old man was lynched and killed by municipality employees in Pratapgarh in Rajasthan today when he tried to prevent them from taking photographs of women defecating in the open.

The incident took place early the morning near Bagwasa Kachi basti area when Zafar Hussein, a CPI(ML) activist, tried to stop civic officials, who were out to shame the women of the district, from taking photographs and videos. The municipality workers kicked, punched and beat Hussein, causing his death, according to the FIR filed by Hussein’s elder brother Noor Mohammad.

“When we heard about the attack, we rushed him to the hospital where he was declared brought dead,” Noor, told Hindustan Times.

Noor has lodged a complaint against Kamal Harijan, Ritesh Harijan, Manish Harijan, Nagar Parishad commissioner Ashok Jain and others, after which the police registered a case of murder, the Pratapgarh police said.

Pratapgarh superintendent of police Shivraj Meena said, “We are getting the matter investigated and a case has been registered against the four named accused in the FIR.”

Qayoom, Hussein’s nephew, told HT that there were no toilets in the slum where he was killed, and Khan had been demanding for a long time that the district administration build toilets in the area.

According to the CPI(ML) website, Hussein had submitted a memorandum to the nagar parishad a few days ago, “protesting against the public shaming and bullying of women” who were forced to defecate in the open. He had demanded the construction of community toilets and the repair of public latrines constructed under the Swacch Bharat Abhiyan. According to the party, he tried to submit the memorandum to the district magistrate as well, but the official refused to accept it. “We demand that the Nagar Parishad Commissioner Ashok Jain and others named in the FIR lodged in Comrade Zafar’s murder case be arrested and speedily punished. We demand that the central government and all state governments officially declare public shaming and lynch mob tactics in the guise of Swacch Bharat campaign to be illegal and punish officials promoting the use of such tactics…We salute Comrade Zafar’s lifetime of activism as a Central Executive Member of the All India Construction Workers’ Federation and a member of the CPI(ML)’s Pratapgarh district committee. Comrade Zafar gave up his life to uphold and defend the dignity of women who were at the receiving end of the draconian Swacch Bharat campaign,” the party has said.

Rajasthan chief minister Vasundhara Raje had said that her government was committed to making the state open defecation free by 2017. In a review meeting of the panchayat raj department at the end of last month, officials informed Raje that 58 lakh toilets had been constructed in the state in the last three and a half years under the government’s Swachh Bharat mission, and 4,973 of the state’s 9,891 gram panchayats were declared open defecation free.

Note: This article has been edited to reflect that Zafar Hussein was a member of the CPI(ML) and to add the party’s statement.