Candidates across Bihar are protesting against the Railways' decision to hold the exams in two stages, claiming that the second stage for final selection amounted to 'cheating' those who appeared and cleared the first stage. 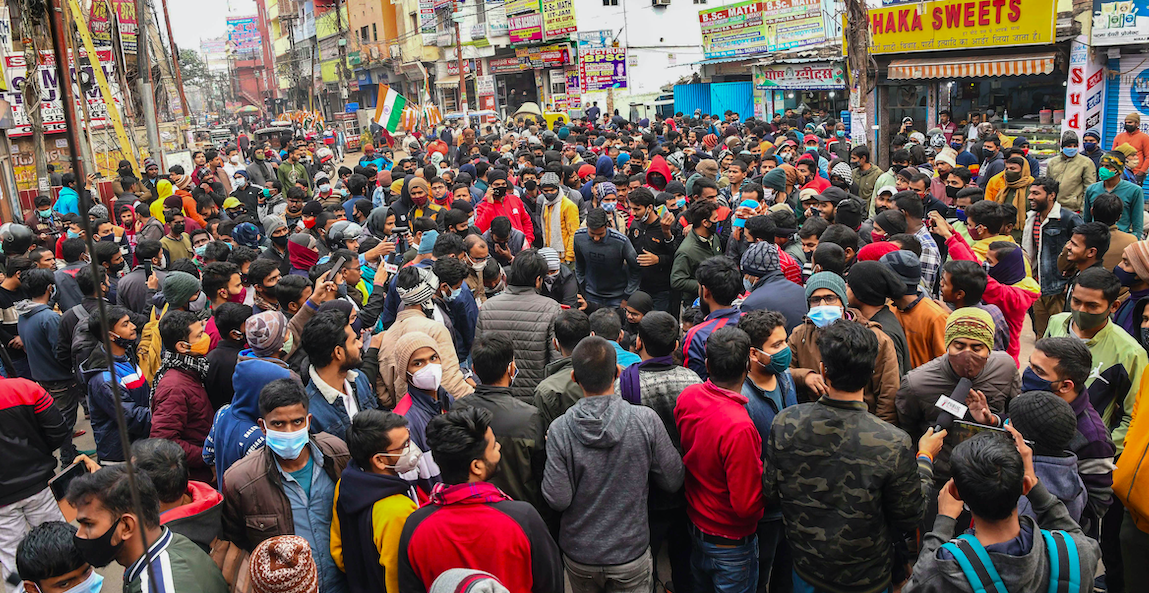 New Delhi: The Railways suspended the Non-Technical Popular Categories exam of 2021, a day after issuing an ultimatum to aspirants who have been protesting against the Railway Recruitment Board’s test and threatening them with a lifetime ban on employment with the Railways.

It has also formed a committee which will examine the grievances of those who have passed the exams under different railway recruitment boards (RRBs) and those who have failed.

Candidates are protesting against the Railways’ decision to hold the exams in two stages, claiming that the second stage for final selection amounted to “cheating” those who appeared and cleared the first stage of the RRB-NTPC computer-based test which was released on January 15.

The protesters say that there was only one examination mentioned in the Railway Recruitment Board notification issued in 2019 and accused officials of playing with the future of students.

Movement of around 25 trains on the arterial Kolkata-Delhi line on the East Central Railway (ECR) zone was affected. Protests were reported from Patna, Nawada, Muzaffarpur, Sitamarhi, Buxar and Bhojpur districts.

The Ministry of Railways’ January 25 statement warned candidates of being ‘Debarred for Life’ from getting a Railway job.

It said that those candidates found indulging in unlawful activities or vandalism will be rendered ‘unsuitable’ for Railway or government jobs. Footage will be made use in this regard.

“RRB NTPC protest videos will now be examined by the Ministry with the help of specialised agencies. Upon proper examination, those found in indulging in any of the mentioned activities, will be penalised accordingly. They will be liable to both police action as well as lifetime debarment from a Railway job,” said the statement. 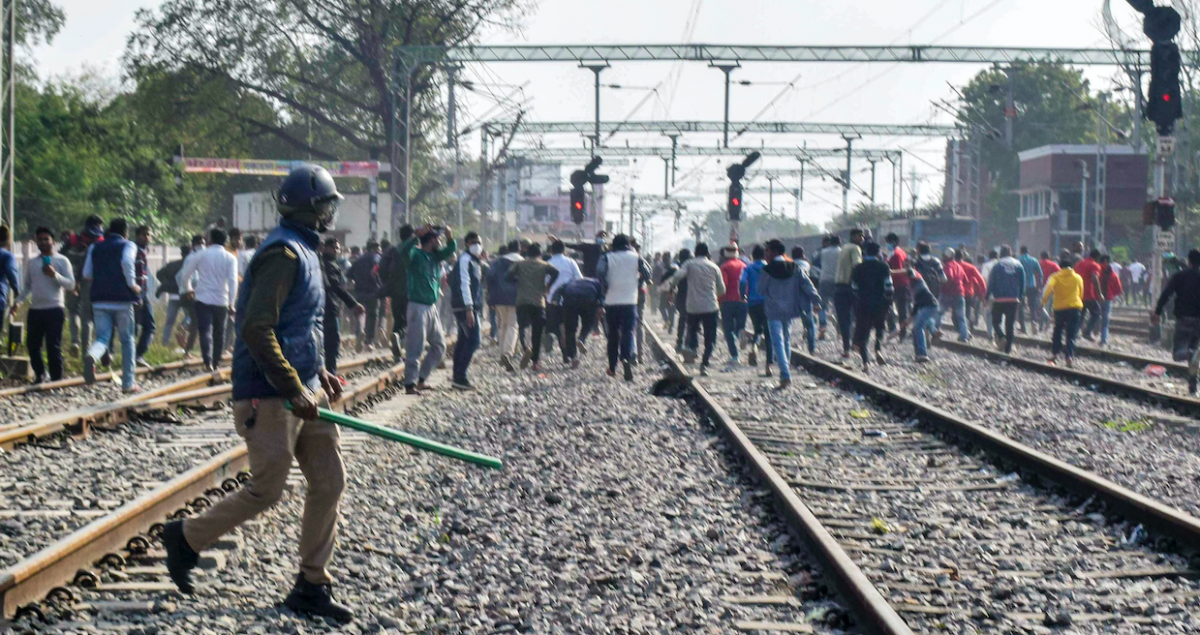 At some places angry protesters blocked railway tracks and clashed with security forces, resulting in damage to railway property. In Sitamarhi, police fired in the air to disperse demonstrators at the railway station. A stationary train coach was set on fire in Ara.

Chief public relations officer of the ECR, Rajesh Kumar, said Durg-Rajendra Nagar South Bihar Express, originating from the Rajendra Nagar station (Patna) had to be canceled for the day.

Besides, Gaya-Jamlapur passenger, Gaya-Howrah Express and Patna-Varanasi Express trains were also cancelled on Tuesday. Several other trains had to be diverted on Tuesday, he said. 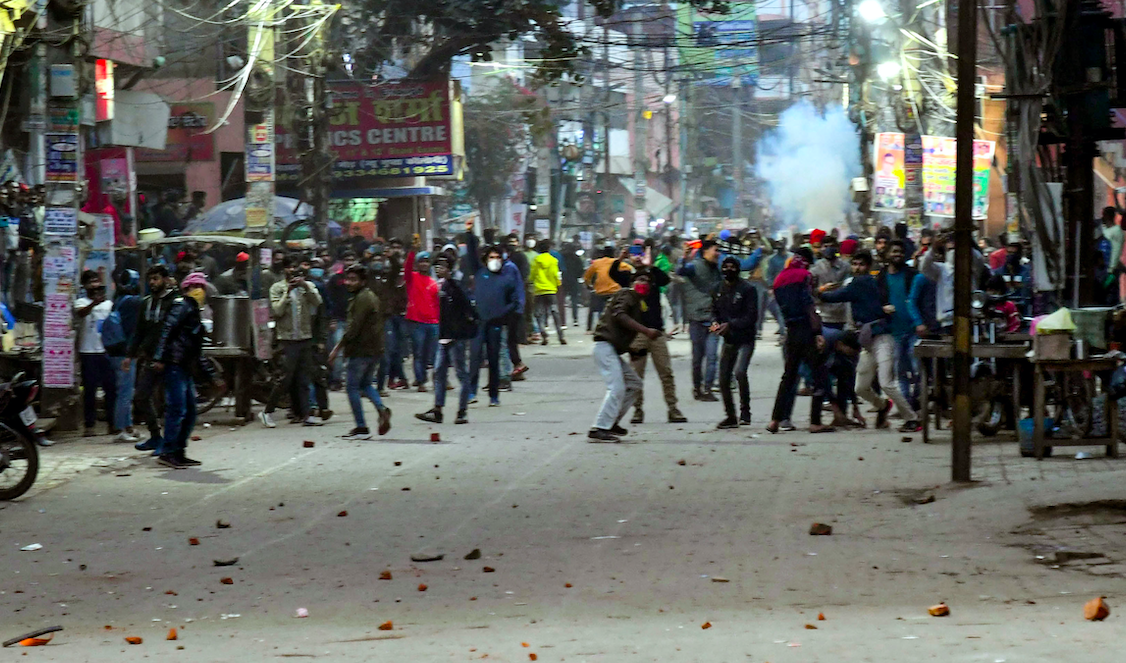 Students staged a protest at Rajendra Nagar Terminus in Patna a day ago as well. Four were arrested on Monday, January 24.

Officials said “mild use of force” was resorted to after attempts by officials, led by Patna district magistrate Chandrashekhar Singh and SSP Manavjeet Singh Dhillon to pacify the agitators yielded no results.

“An FIR has been registered in this connection. It is suspected that the protesters might have been instigated by those running coaching institutes for competitive exams. All those found complicit will face action,” said an official release.

Indian Express has reported that officials reached out to some popular coaching centres, which are also influential on social media, and asked them to disseminate the correct picture on the rules and regulations that govern the screening process of the recruitment drive in NTPC.