The Real Scandal in L’Affaire Rafale

In the recent past, very, very senior bureaucrats have been made to suffer prosecution for very, very minor infringements of established procedure. What is sauce for coal secretary H.C. Gupta must also be sauce for the prime minister. 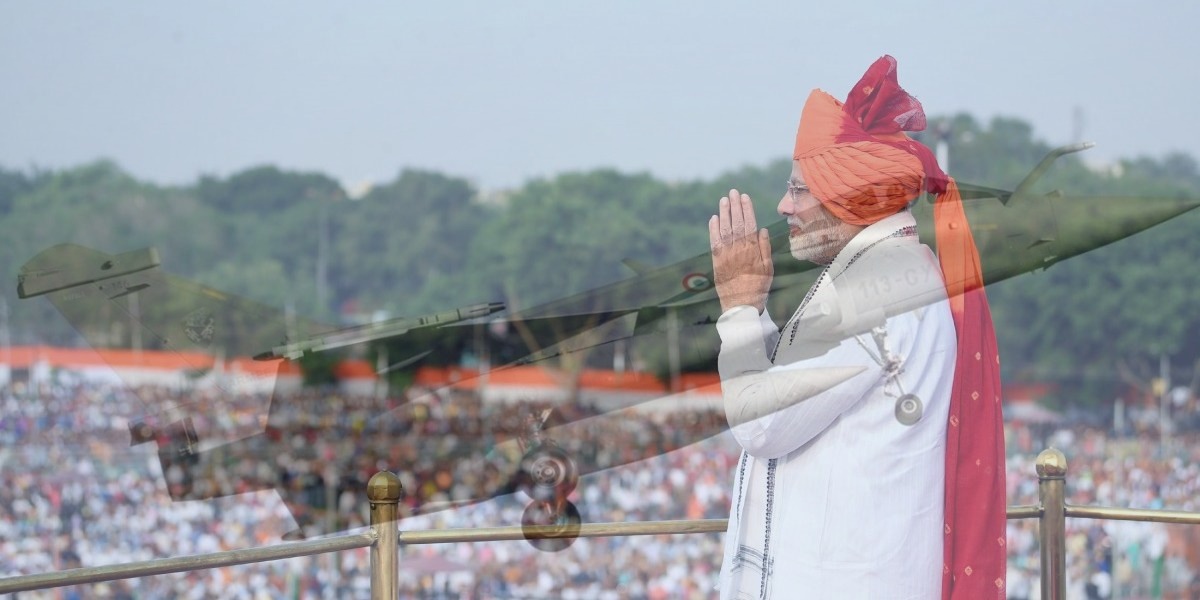 The imperious Modi claque faces the same dilemma in the Rafale controversy as was faced by Emperor Commodus in Gladiator when the vexed young Caesar asked General Maximus, “What am I going  to do with you? You simply won’t die.” And, as in the movie, the crowd is watching the emperor’s every move.

The Rafale controversy is simply refusing to fade away, even though the opposition and the critics have yet to produce a smoking gun.

The country has the good assurance of a minister of state, a new arriviste in the saffron tent, that there is no “Uncle Quattrochi” in this business. But that has not helped – nor have all the tantrums thrown by the snarky court jesters. The reason is simple: it is the presence of a jugaadu corporate face in the deal that casts its malevolent shadow over the whole affair.

There may not be a scam but there is a scandal.

And the scandal is the manner in which prime ministerial authority was exercised in Paris in April 2015 by Narendra Modi. What is even more scandalous is the BJP’s defence: this is the way Modi works – take it or leave it.

The government’s cheerleaders arguably point out that in the run up to the 2014 Lok Sabha elections, the BJP had indeed promised to restore the dignity and autonomy of the office of the prime minister, which was presumably diluted when Manmohan Singh gave preference to the principle of collective responsibility over prime ministerial predominance. The 2014 vote, the argument goes, gave Modi the mandate to behave decisively, even aggressively and assertively. Arbitrarily, arrogantly? So be it.

Yet it needs to be stated plainly and clearly: notwithstanding the promise of an “assertive” prime minister, India did not elect a pharaoh.

India is not a banana republic. The prime minister of India is not above the law, nor beyond the established procedures. He has no authority to act like an authoritarian overlord.

The nature of prime ministerial authority has always been a matter of argument. Very early in the life of the republic, Sardar Patel had reflected on this conundrum, when he had a reason to tick off Jawaharlal Nehru.

In the early weeks of 1950, Nehru was getting frustrated at not being able to quickly recruit competent and experienced hands to fill the vacancies in the Indian Foreign Service; there was a procedure, slow and ponderous, that had to be followed for the selections and the prime minister wanted to by-pass the Federal Public Service Commission (as the UPSC was known in those days). He was cautioned by his deputy, Sardar Patel, with this excellent bit of advice: “We are now faced with a constitution… that means that for every executive action there must be legal sanction and judicial justification.”

What the good Sardar was telling the well-meaning prime minister was that in a constitutional arrangement the executive authority cannot be exercised arbitrarily. The essence of a system of rule of law is that howsoever noble the ruler’s intentions, authority is still to be wielded as per the established procedure of law.

And that remains the most alarming part of the unfolding Rafale saga. From all the facts available so far in the public domain, the inescapable impression which emerges is that the sudden decision to opt for 36 fighter planes was a choice made in Paris by the Prime Minister and by him alone.

Respected public men like Yashwant Sinha, Arun Shourie and Prashant Bushan have managed to suggest with considerable success that Prime Minister Modi did not follow fully the “mandatory procedures.” The Cabinet Committee of Security was not in the loop; and, knowledgeable people have suggested that the then foreign secretary and defence secretary were totally unaware of the new arrangements Prime Minister Narendra Modi had made with the French.

An over-aggressive government has copiously produced reams and reams of arguments and allegations, but there is no adequate explanation for the suddenness of the Paris volte face.

The rationale for a sudden shift, from 126 to 36 fighter planes remains shrouded in mystery. All said and done,  the “126” decision was a collective product of an established procedure, diligently observed, presided over by an over-cautious raksha mantri who would not want even the remotest of suspicion about the deal. More importantly, the Air Force brass had fully participated  in the decision-making that had arrived at the contours of the “126” package.

Now suddenly we are invited to believe that the same Air HQ is perfectly happy and satisfied with these vastly reduced numbers. Is there no appreciation of intellectual integrity among those who are trusted with our national defence and security?

What is disquieting in the BJP’s defence of the deal is an unstated assumption that the prime minister had absolute discretion to upend an ongoing negotiation process.

This is a dangerous proposition.

We have been at this slippery crossroad before in the short history of our republic, before and during the Emergency. In 1975, a prime minister was “unseated” because her campaign manager was found guilty of not having observed a minor procedure.

Granville Austin, perhaps the most authoritative chronicler of our constitutional morals and manners, has meditated upon the elements of a prime minister’s authority:

A degree of ruthlessness is necessary for a political leader to be great, an ability to instil fear as well as respect and admiration in ministers, officials and members of the legislature. Otherwise, the leader is apt to be led. But in a great leader, these characteristics will be accompanied by sensitivity to the national ethos, to the aspirations and rules laid down in the county’s foundation document. Had Mrs Gandhi understood this, she neither would have imposed her Emergency in the first place nor called the elections of 1977 in the expectation that her transgressions against democracy would be rewarded by victory.

We are today at that Indira Gandhi moment.

The Narendra Modi that juggled the fighter planes numbers in Paris was a prime minister who was misguidedly presiding over a presidency. The BJP and the media were in thrall of the man; the only word of caution came from outsiders. The Economist in its cover story of May23-29, 2015 had reflected on the dangers of “India’s one-man band.”

Because no one raised any doubts about the April 2015 exercise of whimsical, arbitrary power, the prime minister became, predictably, more and more enamored of his notions of an absolutist authority. Given that we are already in the midst of a glorious personality cult, the Rafale scandal has alerted us well in time to the dangers lurking behind this fascination with a strong and decisive leader.