Why Is Punjab Electricity Department’s Move To Hire Jio Backfiring?

With a five-year contract with Vodafone coming to an end, PSPCL changing its service provider to the Mukesh Ambani-owned Jio has caused an uproar in Punjab in light of the farmers' protest. 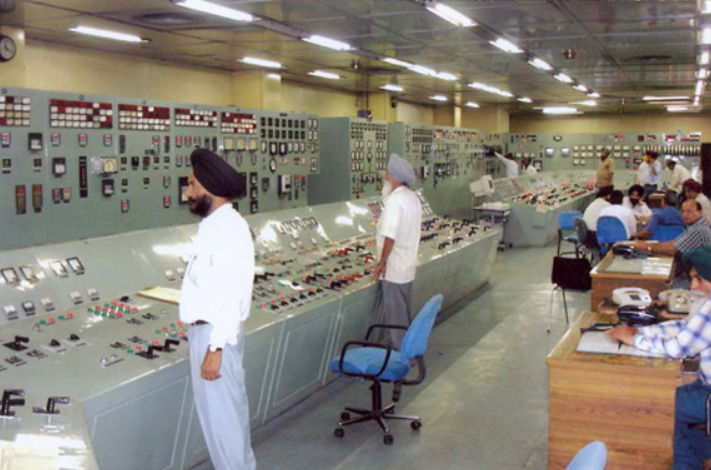 Chandigarh: Technically speaking, there was nothing wrong in the latest move of Punjab electricity department aka Punjab State Power Corporation Limited (PSPCL) to shift its telecom provider for its 14,000 field employees to Mukesh Ambani-owned Reliance Jio.

PSPCL chairman A. Venu Prasad said that SIM cards of employees were being changed because the five-year-old contract of the current telecom firm – Vodafone – was going to expire later this month. In the new tender in which three telecom firms, including the existing service provider participated, Jio emerged as the lowest bidder, offering its services at Rs 60 lakh a year less than the outgoing service provider, he said.

But in a state where ‘Ambanis’ and ‘Adanis’ have emerged arch enemies in the eyes of farmers who they think orchestrated Centre’s farm bills to monopolise farming in Punjab and the rest of India, anything associated with both these billionaires is likely to cause an uproar.

The row over PSPCL’s move to rope in Ambani’s Jio is therefore not surprising, given the long simmering anger against firms associated with Mukesh Ambani as well as the Adani Group over the farm bills.

This started with the gheroing of Reliance petrol pump stations and Adani properties at the beginning of farmers’ protest in Punjab in September before it spilled over after Centre’s refusal to roll back these acts.

The repeated public appeal by farm outfits following their permanent camping outside Delhi to boycott all products of Adani Group and Reliance Industries Limited, including the highly used Jio mobile SIM cards only made matters worse.

A February 19 report by the Indian Express revealed a dip of 15 lakh subscribers of Jio in Punjab and five lakh in Haryana for the month of December, 2020. Latest data of the Telecom Regulatory Authority of India (TRAI) is awaited.

In the last week of December and January first week, the protesters even damaged Jio mobile towers in Punjab.

Speaking to The Wire, a Jio official posted in Chandigarh claimed that 2,400 out of 9,600 Jio towers were then damaged. Later, police security stopped the attack. Reliance tried to calm the protesters announcing that it had no plan to foray in farming. Similar statements came from the Adani Group too.

But the opposition against them is far from over as the latest row over PSPCL’s Jio move suggests.

As the PSPCL’s move to hire Jio went public two days ago, it triggered widespread reaction not only from its employees but from other segments of public as well.

This resulted in PSPCL management slowing down the allotment process to Jio, citing pending internal assessments.

“Even though Reliance is the lowest bidder, the tender allotment is pending since there are various internal evaluations involved in the run up the final selection,” said Venu, even as a Jio official in Chandigarh claimed of getting allotment of PSPCL tender in conversation with The Wire on Saturday.

“The company officials may be thinking of getting our tender because it emerged as a lowest bidder but the allotment is pending,” said Venu.

Putting PSPCL in a fix, all major PSPCL employee unions say that they will not use Jio SIMs under any circumstances due to their unconditional support to the farmers’ protest.

BKU Ugrahan general secretary Sukhdev Singh Kokri was also quick to equate the Congress government under Captain Amarinder Singh in Punjab with the Bharatiya Janata Party (BJP) government at the Centre, saying that they both are two sides of the same coin when it comes to helping big corporates.

“I can’t believe that PSPCL management did not keep the chief minister in loop before their move to shift its employees to Jio SIMs,” said Bhardwaj.

He said that PSPCL employees would never use Jio SIMs primarily due to their support to farmers’ protests. “Secondly, they don’t want corporate monopoly in our organisation,” he said.

When Jio was launched, it offered its services for free. When a large number of people got attracted to it, it started charging Rs 200 for three months that has now been increased to Rs 600, explained Bhardwaj.

“Jio will use similar tactics here in PSPCL as well. It may have offered low rates to secure the tender here but later it will increase its rates that will only bleed the power department and finally our consumers,” he said.

He said, “Our joint meeting on Saturday will decide the future course of action on this issue. We want management to cancel the tender proceedings and rather rope in the services of public sector mobile service providers like BSNL rather than promoting the interest of big corporates.”

“We will stage protest if the management goes ahead with Jio,” said Bhardwaj.

Officer bearers of PSPCL Council of Junior Engineers and PSPCL Engineers Association that represents all engineers right from junior engineers (JEs) to chief engineers too have taken sides with PSPCL joint forum of employee unions.

He asked why PSPCL can’t stick to a single subscriber. In the last 15 years, it changed three telecom service providers.

This not only caused temporary inconvenience to the general public since change in network led to change in all our contact numbers, but it also added to financial burden on employees as well as they were forced to buy new mobile handsets due to change in technology.

“Earlier PSPCL would reimburse us for buying mobile handsets as well but the facility was stopped in 2011. Many of our employees have low salaries and buying new handsets for them is not economically viable. Even officers find it difficult to spend 1,000-15,000 for a new mobile handset,” he added.

Meanwhile, the matter also echoed in the Vidhan Sabha as well.

Leader of opposition from Aam Aadmi Party, Harpal Singh Cheema, said: “People of Punjab had boycotted Jio and shifted to other telecom companies. Now, why is the chief minister’s own department trying to favour Jio?”