'Only I knew about this case, neither the media nor the opposition had an idea about it. Had I wanted I would have covered it up,' Bhagwant Mann said in a video message. 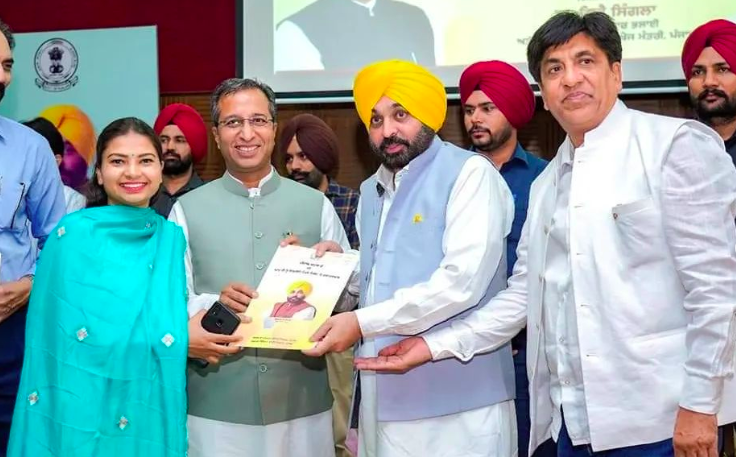 Chandigarh: Punjab chief minister Bhagwant Mann on Tuesday said he has shunted out minister Vijay Singla from the state cabinet.

The Anti Corruption Bureau of the Punjab police arrested Singla shortly after the announcement.

In a video message in Punjabi, Mann said he took the decision after learning that the minister was allegedly demanding one percent commission for tender allotment and purchases for the health department.

Singla is minister for Health and Family Welfare and Medical Education and Research.

“I am taking strict action against the minister. I am removing him from the cabinet,” the chief minister said.

“A case was brought to my notice that a minister in my Cabinet was seeking 1% commission for each tender and purchase-related to his department. Only I knew about this case, neither the media nor the opposition had an idea about it. Had I wanted I would have covered it up. And had I done so, I would have not only failed my conscience but also the lakhs of people who trusted me. I am taking strong action against him. I am sacking him from my Cabinet and directing the Police to take action against him,” he said, according to a translation by Indian Express.

Mann further claimed that Singla has admitted to wrongdoings.

In the video message Mann also said that the Aam Aadmi Party was a party that arose out of protests against corruption and that he wanted to protect its stand.

He also said that the “corruption regime” can be destroyed with resolve.

Aam Aadmi Party is the only party that has the integrity, courage & uprightness to take action against their own on grounds of corruption.

We saw it in Delhi, now we are witnessing it in Punjab.