Scores of journalists gathered to condemn the recent spate of killing, threats and violence directed at the press. 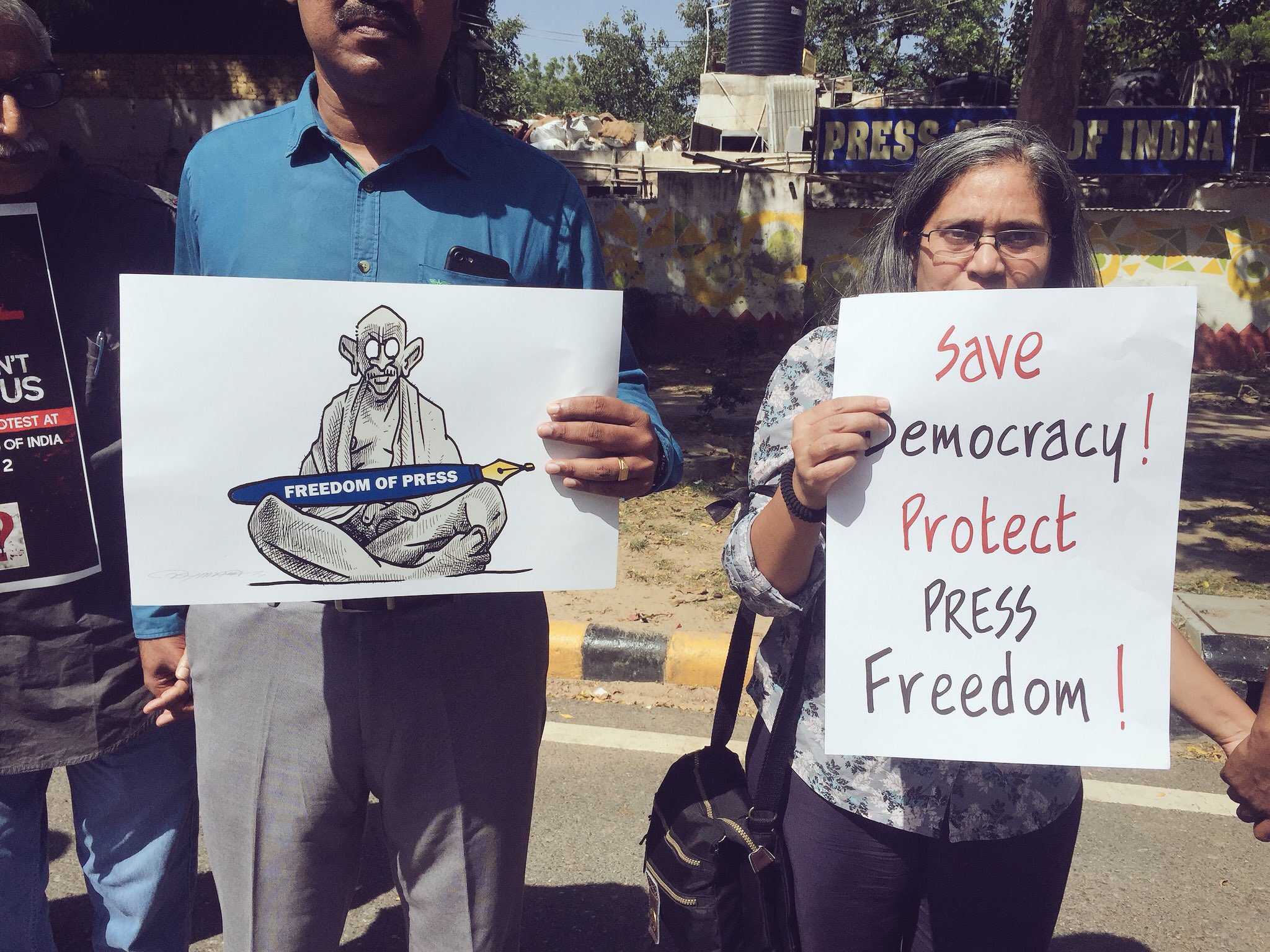 New Delhi: A gathering of journalists today vowed to take up the recent killings of people from the media in the country with the home ministry and demand a status report on the attacks against the media in various states.

Scores of journalists gathered at the Press Club of India (PCI) here and formed a human chain to condemn the recent spate of killings, threats and violence directed at journalists. 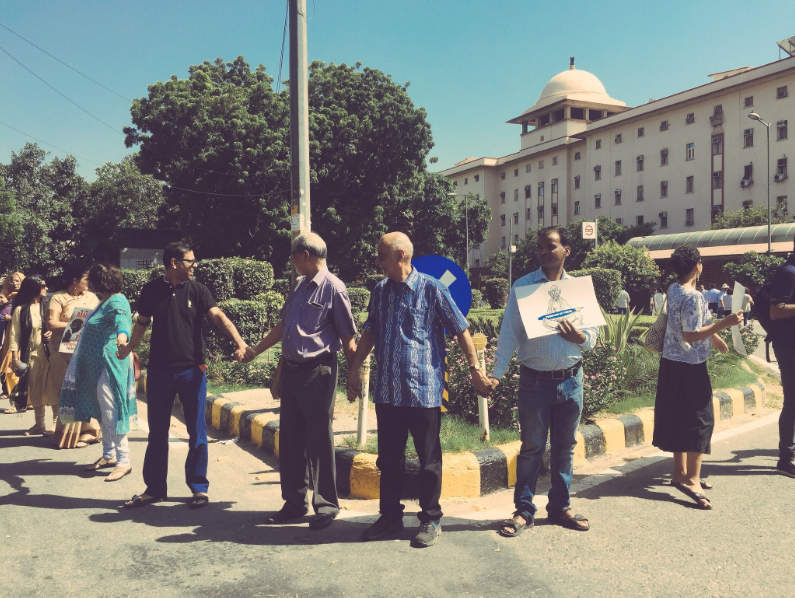 A petition, signed by hundreds of journalists, is going to be submitted to the home ministry on October 5, when the presidents of various press clubs from across the country are going to meet to chalk out the future course of action, PCI president Gautam Lahiri said.

Similar protests were staged by the PCI’s affiliate bodies across the country, down to the district-level, IWPC vice-president T.K. Rajalakshmi said, expressing anguish over the recent killings of veteran journalist Gauri Lankesh in Bengaluru and young reporter Shantanu Bhowmik in Tripura.

“A memorandum appending the signatures of hundreds of journalists will be submitted to the home minister, requesting his intervention for a status report on attacks against journalists in various states and action taken in that regard,” a joint statement issued by the PCI, IWPC, Federation of Press Clubs in India, Press Association, Kerala Union of Working Journalists and the Indian Journalists’ Union said.