Powerless, but Not Bill-Less in Rural UP

A village in Chitrakoot, Bundelkhand, awaits the benefits of rural electrification, even as it continues to pay for it – literally. 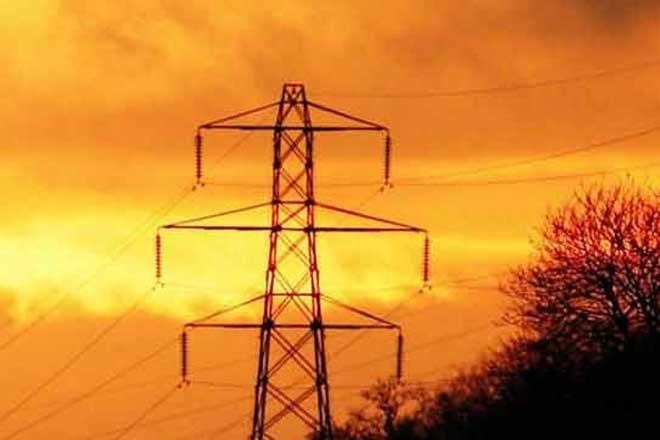 Official data for Chitrakoot, for instance, where Rampuriya is situated, claims 42% intensive electrification for the entire district. Credit: PTI

“We need some light to cook our food in the evening, but there isn’t ever any power. We don’t need it at any other time of the day – we are out working in the fields all day and then we sleep at night. Lekin yeh bhi naseeb nahi (But alas, it’s not in our fate).” Dayaram, a farmer and resident of Rampuriya village in Chitrakoot district in Bundelkhand, puts it as plainly as possible – and that his expectations are so low says a lot about rural electrification in Uttar Pradesh in general.

In 2016, Rampuriya got the most power connections, and hopes had risen because electricity metres were installed within six months. But most of them were defunct and almost two years down the line, they remain so. Our reporter informed us that some have even burned up.

But what is particularly abysmal about this rural electrification scenario is that the electricity bills have been coming regularly and they have been piling up – to the tune of Rs 18,000, Rs 20,000, Rs 25,000 – impossible amounts for rural households. As Anil Kumar Prajapati says, “To light one bulb, can we seriously be getting these bills?” His incredulity through the galis of Rampuriya village, along with that of Sumitra Devi, who says, “Rs 17,000! How is it possible, you tell me?”

According to an Indiaspend report, power cuts were among the leading issues for UP voters during the 2017 Lok Sabha elections, with 28% of the voters citing it as one of the main problems of the state, second only to employment. The survey also put the number of voters who experienced power cuts on a daily basis at 38%. Perhaps the Centre’s claim after having completed over two years in power – that 73% of the 18,452 villages identified for electrification in 2015 nationally, had got the promised power supply – is what worked for it in UP in 2017. But statistics can be misleading.

Official data for Chitrakoot, for instance, where Rampuriya is situated, claims 42% intensive electrification for the entire district. (Intensive electrification is a few leagues deeper than electrification, referring to remote and inaccessible areas being linked to the main power network.) Another impossible statistic is the one that is being claimed by the state, displayed proudly on the Deen Dayal Upadhyaya Grameen Jyoti Yojana, which showcases data from the Rural Electrification Corporation Ltd, the nodal agency executing the policy: 100% it says, if you hover your mouse over Uttar Pradesh.

Ashok Kumar Pande, sub station operator at Chitrakoot, doesn’t sound hopeful about the last mile connectivity. “Actually, the metres might need some checking.” He also offers strong advice to the Rampuriya village residents, “When the officials come to visit, they should raise this issue, bring their bills along. Aise ghar mein baithkar bolne se kuch nahi hoga. (There’s no point in them sitting at their homes and complaining).”

He should perhaps relay this information to Dayaram, as he tills his fields all day and hopes that at least one bulb will give him company in the evening.

Meanwhile, the deadline for electrifying all villages in India, after missing the May 2017 target, now stands at May 2018. That’s just a few days away.