Police has issued a notice to quash any marches led out by the students of the Banaras Hindu University (BHU) to protest the amended citizenship law. 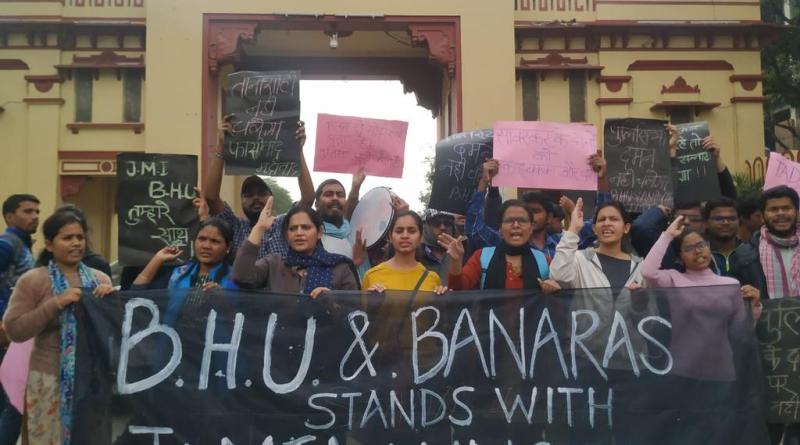 Varanasi: Police has issued a notice addressed to the students of the Banaras Hindu University (BHU)  asking them refrain from leading any marches outside the campus premises to protest the amended citizenship law.

The notice has been issued under provisions of section 149 (preventing commission of a cognizable offence) of the Criminal Procedure Code (CrPC), an official said.

The students have also been warned that action will be taken against them if they disobey the notice issued by police, he said.

BHU students had organised a march from the campus’ main gate to the Ravidas Gate to demonstrate against the controversial Citizenship (Amendment) Act and the National Register of Citizens (NRC).

As soon as news of the scheduled march reached the police, Lanka police station in-charge Bharat Bhushan Tiwari issued the notice to prevent the march.

“To ensure that law and order is maintained, section 149 CrPC has been put in place and the students have been asked to not take out the march,” Tiwari said.

“If the students fail to follow police’s instructions, then action will be taken against them as per the law,” he said.