Panellists discussed the police reforms and accountability after a report flagged biases in the system.

New Delhi: The need to make the police force more accountable, ridding it of political influence and identifying good cops to usher in changes in work ethics was stressed at a panel discussion on “Indian Police and the Rule of Law in Practice” on Tuesday. The discussion followed the release of a report on the Status of Policing in India Report 2019, which primarily dealt with the issue of police adequacy and working conditions.

Speaking during the discussion, retired Supreme Court Justice Chelameswar said police personnel violate norms of arrests while pursuing criminals, by citing past examples. However, the judge insisted that because he was aware of the problems plaguing the police, he could be prejudicial towards the force. “Every system has good and bad people. You need to find the good ones and put them to work,” he said.

With a vast experience in dealing with criminal cases, both as a lawyer and judge, Justice Chelameswar also raised the issue of personnel being overworked with a large number of cases. They have to perform a variety of duties, from crime investigation to law and order, the judge said.

Former DGP of UP police Prakash Singh said India was ranked 68th out of 126 nations in the World Justice Project Rule of Law Index 2019. Of the eight parameters on which the nations were judged, the Border Security Force chief said India performed the worst in “order and security”, standing 111th. “It is not that we do not have rule of law, we also have law of rulers,” he said, citing the reason behind the abysmal situation.

Singh said, unfortunately, in a critical situation, police officers do not think what the IPC or CrPC says, but what his superiors or political masters would think of his handling. “This dilemma or distortion is because we still have a colonial structure of police,” he added.

Singh said all commissions on police reforms, an idea first mooted in 1902, had suggested that the police should be insulated from outside pressure. He lamented that there has only been “farcical compliance”.

The retired cop said in the past, transfers were used as punishment for non-adherence to directions from politicians. Now, other methods are also used to intimidate police personnel, which include harassment, suspension, threats and even filing false cases against them. Saying that the police work in hazardous conditions, Singh noted that over 500 personnel die while performing their duties every year. 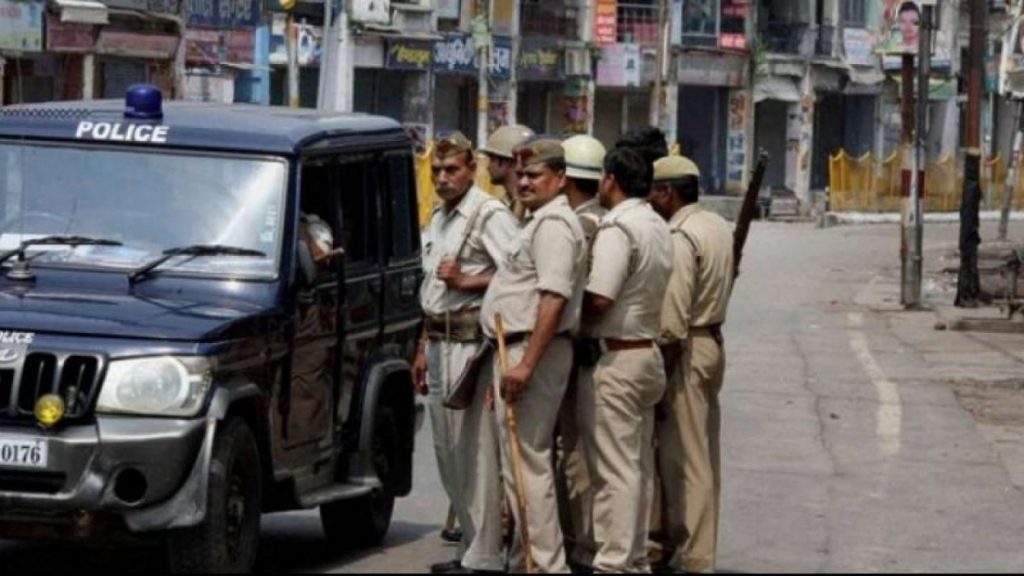 Around 500 police personnel die on the job every year, according to a panellist. Representative image: PTI

Activist Aruna Roy described police as a baton in the hands of the system, saying orders come from elsewhere. So, she reasoned, “You can’t blame the hand alone. The person holding the baton also needs to be held accountable.”

Noting that there were a large number of good police officers, she said the failure of the system to develop the human side of the police is also to be blamed for the present situation.

‘Other institutions also failing in their role’

Lawyer Vrinda Grover said she did not believe that the police is a “demonic force” and demanded that the compulsions and exigencies police personnel work under need to be kept considered while evaluating it.

Grover held other institutions equally responsible for the situation. She said the National Minorities Commission, despite several pleas, refused to conduct proper research on the issue of discrimination by police.

Likewise, in the Hashimpura killings case of 1987, she said, the high court had pointed to institutional bias against Muslims. She said the Muslim community has only 2.5% representation in police forces and that 62% of people from the community remain fearful of the police.

Furthermore, Grover said, while acquitting all the accused in the Akshardham case, the Supreme Court had detailed the use of torture. “And yet, when the men who lost over ten years of their lives approached the court for compensation, their plea was dismissed.”

Also Read: We Must Recognise That Discrimination Plays a Large Role in Custodial Torture

Grover also noted that there was no law for malicious prosecution in the country and a police officer could go scot-free even if he or she tries to misuse the law to implicate someone.

She said often, it is not political pressure but the police’s own biases which make them act erroneously. “In Naraina, when they made people strip for not doing cleaning work, it was not political interference. It was their own police culture,” she said. Grover called for greater accountability of the police as a whole.