Having been a social worker on both sides of the border, Sumaiya Sadaf believes that while the Indian government’s intentions for J&K’s development are good, the execution of schemes is poor. 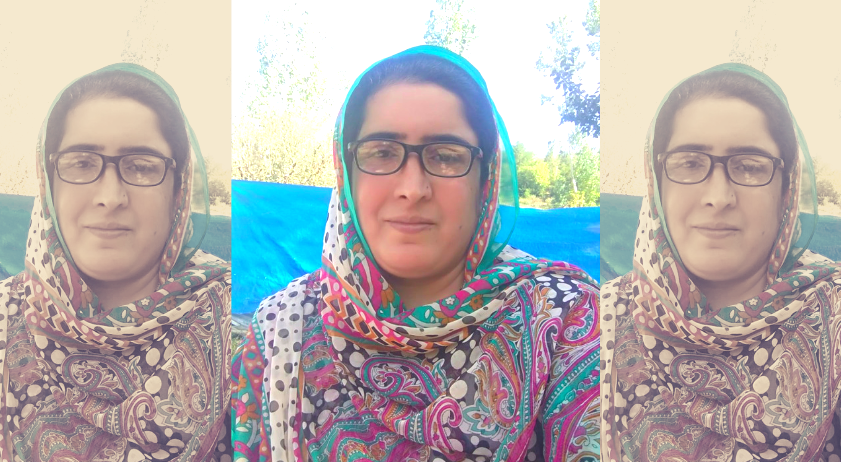 Kupwara, Kashmir: Among the many candidates standing for the District Development Council (DDC) elections in Kashmir, is 36-year-old Sumaiya Sadaf of Batergum, Kupwara district, who is originally from Muzaffarabad, the largest city in Pakistan-Occupied Kashmir (POK).

Sadaf, the mother of four children, had moved to Jammu and Kashmir with her husband, Abdul Majeed, under the rehabilitation scheme announced in 2010 by the Omar Abdullah government for militants who had gone to Pakistan for training during the 1990s. Many of these militants had married and settled in POK, but given the option to surrender and return home, they arrived complete with their families.

Five years after moving to J&K, Sadaf joined Umeed, a programme funded by the Central government to address social problems in far-flung areas.

“I have been in social work for the last five years and I have seen the hardships that common people suffer every day. None of them have been addressed by authorities,” she told The Wire.

So when the DDC elections were announced on November 5 and Sadaf’s colleagues and friends suggested that she stand for election, she wondered whether she should do so or not.

When she asked Majeed what she should do, his immediate reaction had been “No”. Like many young men in 1990, when Kashmir witnessed its first armed struggle against the Indian government, Majeed had gone to Pakistan after his Class 10 examinations. However, he decided to stay there without joining the militancy. Associated with the Muslim Janbaaz Forces, an armed group, he had continued his education and started a new life, acquiring post graduate degrees in English and Arabic from the National University of Modern language in Nimbal (Islamabad) and International Islamic University respectively.

Majeed met Sadaf in college. They realised that Sadaf’s relatives in Kupwara, who had been lost to her family since Partition, were known to Majeed and in 2002, they decided to marry.

“I did not want Sadaf to stand for elections because I was associated with the freedom struggle of Kashmir,” said Majeed. “But later, when I listened to her friends and understood what she could accomplish, I decided to support her.” 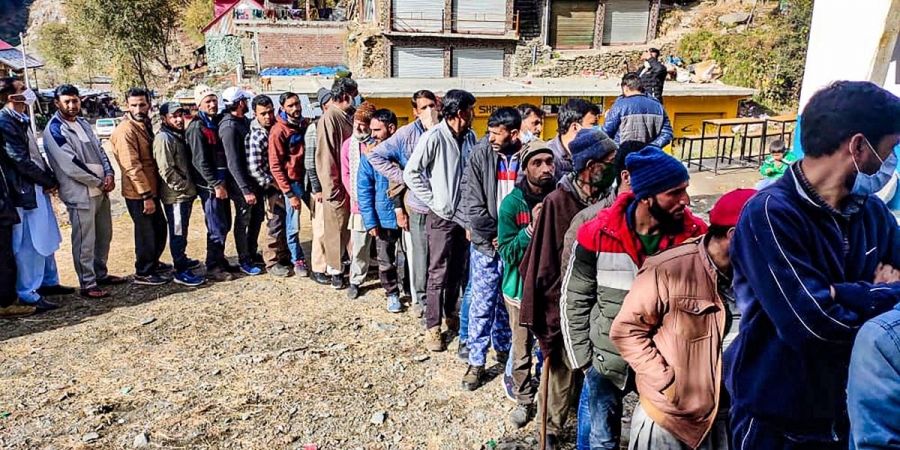 People line up to cast their votes in the DDC polls. Photo: PTI

‘Money is not utilised properly’

When Majeed and his family moved to J&K after 20 years in POK, they started a dairy farm and later, a poultry farm, given the lack of employment in their home district. By 2013, they were doing reasonably well and so Majeed suggested that Sadaf get a post-graduate degree in Urdu from Maulana Azad University, Hyderabad.

Today, in their well-decorated home in Batergum, Majeed helps Sadaf plan her campaign. Batergum is a small hamlet, some 85 kilometers from Srinagar, with around 300 households surrounded by paddy fields and woods. The hamlet has remained underdeveloped for years; a damaged narrow road leading to the village tells the story of how the government approaches the village and its people.

Also read: Jammu and Kashmir: Seven Members of a Family Are Contesting the DDC Polls in Budgam

Sadaf is fighting as an independent candidate from Drugmulla constituency, where six other contestants are in the fray. Her election icon is a laptop computer, which she explains signifies growth.

As a social worker, she knows that people in her area lack awareness about the schemes and programmes announced by the government. Her main reason to stand for elections is to utilise these programmes and schemes to bring change to the area.

“A lot of money comes from the government, but as I have experienced in my last many years in social service, it is not utilised properly and most of the time, people receive no benefits,” said Sadaf. “In our area there are several issues pending which need to be addressed.”

Sadaf had cast her first vote in India in the 2018 Lok Sabha by-polls, hoping that her trust in the candidate would be justified. But it was not.

Her life in Muzaffarabad was different from her life here. “I worked for the government in the social welfare department and I decided to quit the job when we came to Kashmir,” she told The Wire. “It was very difficult to start a new life here. Muzaffarabad is more developed than Kashmir. I haven’t seen any major developments here.”

Sadaf believes that both India and Pakistan have the same intentions for the development of the region, but “they (the administration in Muzaffarabad) use the schemes properly and here it seems the money has not been used for growth”.

She hopes that both sides of Kashmir will be equally developed. And she also hopes that by standing for election, she will be able to highlight the longstanding issues of people like herself who have moved to J&K from POK, including, first of all, permission to travel to the other side of the line of control to meet their families.