In July 2019, a group of 49 celebrities, including Ramchandra Guha and Mani Ratnam, had asked the prime minister to act against the mob lynchings and rising hate crimes. 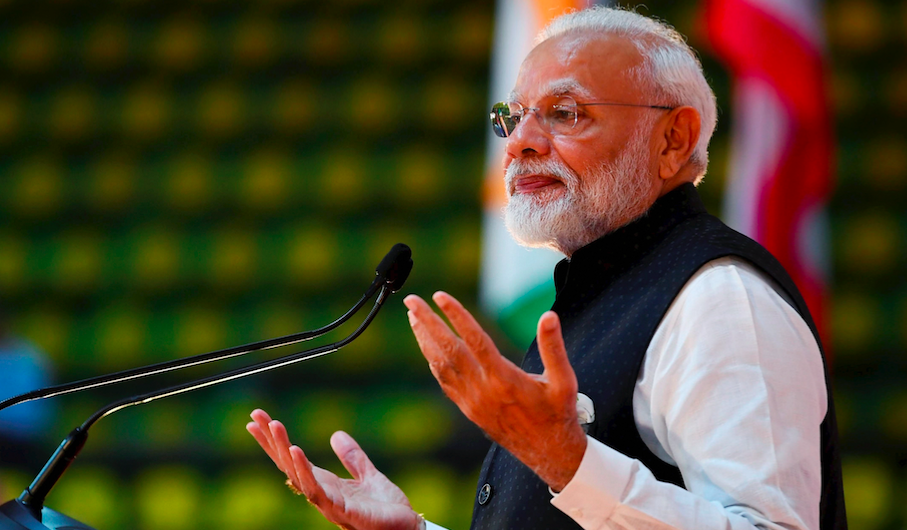 New Delhi: The Prime Minister’s Office (PMO) has responded that it is unaware if any action was taken in response to the July 2019 open letter written by a group of 49 celebrities asking Narendra Modi to take action against mob lynchings and hate crimes. This has been revealed by the PMO in response to the information sought under the Right to Information (RTI).

The matter assumes significance as it, at that time, had created quite a buzz and led to the registration of a first information report (FIR) by a Bharatiya Janata Party (BJP) supporter against the 49 personalities – including Ramchandra Guha, Mani Ratnam, Aparna Sen, Shyam Benegal and Anurag Kashyap. Subsequently, it evoked a strong response from 185 other celebrities who issued a statement saying “more of us will speak every day” against mob lynching, silencing of people’s voices and misuse of courts to harass citizens. The case was shut down eventually.

Ram Kumar, in an RTI application first filed in September 2019, sought to know what “requisite steps” were taken by the prime minister in the matter. With no information forthcoming, Kumar filed two appeals over the years.

During the hearing in the matter before chief information commissioner (CIC) Y.K. Sinha late last month, the central public information officer (CPIO) of the PMO, who is the respondent, said “requisite information is not part of the record held in this office” and “since the information sought was not available on records, hence the appellant had been informed accordingly.”

In response to the query by Kumar, the PMO first did not reply on what Modi had done in the matter. He then filed his first and second appeals in September 2019 and January 2020, respectively. On both occasions, the CPIO said the PMO did not have any such information. The response surprised the applicant as the PMO is supposed to have information on issues pertaining to the Prime Minister’s official work.

The applicant says that no attempt was made by the PMO to gather the required information over the past two years. The appeal was nevertheless disposed of, as the CIC observed that the reply furnished “did not suffer from any legal infirmity.”

Incidentally, the issue which was raised in the case had hogged the headlines during the latter part of 2019.

Following a spate of hate killings, the 49 signatories had written to Modi that the Citizen’s Religious Hate-Crime Watch had recorded that Muslims (14% of India’s population) were the victims in 62% of cases and Christians (2% of the population) in 14% cases. They had added that “about 90% of these attacks were reported after May 2014, when your Government assumed power nationally.”

They had demanded that “the lynching of Muslims, Dalits and other minorities must be stopped immediately.” They had also stated that as per the National Crime Records Bureau reports there had been 840 instances of atrocities against Dalits in the year 2016 alone, and a definite decline in the percentage of convictions.

Also, the letter had charged that 254 religious identity-based hate crimes were reported between January 1, 2009 and October 29, 2018, where at least 91 persons were killed and 579 were injured.

Stating that he had “criticised such lynchings in parliament”, the celebrities had pointed out to the PM that this was “not enough.” They asked “what action has actually been taken against the perpetrators?” and stated that they “feel that such offences should be declared non-bailable, and that exemplary punishment should be meted out swiftly and surely.”

The letter had also regretted that “‘Jai Sri Ram’ has become a provocative ‘war-cry’ today that leads to law and order problems, and many lynchings take place in its name. It is shocking to see so much violence perpetrated in the name of religion! These are not the Middle Ages!”

Following this letter, an FIR was lodged against the 49 celebrities on October 3, 2019. It was lodged under several sections of the Indian Penal Code, including sedition. This happened despite the Supreme Court’s stance that sedition charges cannot be invoked for criticism of the government.

The issue drew the ire of a larger community of celebrities and 185 of them charged that the FIR was lodged against their “colleagues in the cultural community simply because they performed their duty as respected members of civil society.”

The second set of celebrities in a statement subsequently asked if writing such a letter could be called an act of sedition. “Or, is harassment by misusing the courts a ploy to silence citizens’ voices?”