On Wednesday, the prosecution had submitted draft charges against the 19 accused named in the case, including several rights activists. 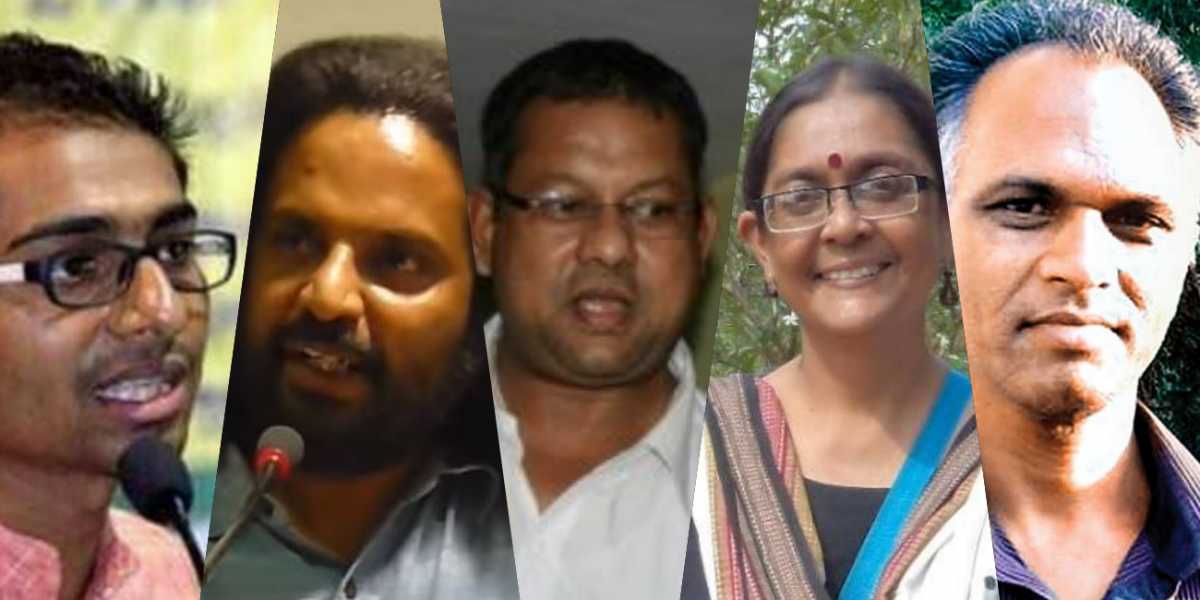 Pune: Conspiracy to “assassinate” Prime Minister Narendra Modi and “overthrow” the government besides “waging war” against the Government of India are among the charges brought against all 19 accused by the prosecution in the Elgar Parishad-Koregaon Bhima case of Maharashtra.

On Wednesday, the prosecution had submitted draft charges against the 19 accused named in the case, including nine activists and lawyers – Sudhir Dhawale, Rona Wilson, Surendra Gadling, Mahesh Raut, Shoma Sen, Arun Ferriera, Vernon Gonsalves, Sudha Bharadwaj and Varavara Rao. All of them are under arrest.

“These charges include conspiracy to wage war against the Government of India, to overthrow the government, conspiracy to murder the constitutional authority, recruitment of students and training them for subversive activities, procuring weapons and ammunition and other unlawful activities,” said Ujjwala Pawar, special public prosecutor.

According to the draft charges brought under IPC sections 121 and 121A, some of the arrested accused along with some absconding accused, who are active members of the banned CPI (Maoists) and other front organisations engaged in “waging war” against the Government of India and the Government of Maharashtra, the prosecution stated.

It said the accused were conspiring to assassinate Prime Minister Narendra Modi during his roadshows in a manner similar to the killing of former PM Rajiv Gandhi on May 21, 1991, at Sriperumbudur in Tamil Nadu.

“For the same, they conspired to demand and organise Rs 8 crore for the supply of M-4 (sophisticated weapon) with 400,000 rounds and other arms and ammunition through designated supplier from Nepal and Manipur and conspired to assassinate Prime Minister of India Shri Narendra Modi during his roadshows on the lines of Rajiv Gandhi incident,” according to the draft charges.

“Thereby (the accused ) committed an offence punishable under section 121A of the IPC,” it said.

The prosecution said after going through the evidence, the court will frame charges against the accused, setting the stage for the commencement of trial.

According to the Pune Police, the Elgar Parishad conclave held here on December 31, 2017, was supported by Maoists, and the inflammatory speeches made at the event led to caste violence at Koregaon Bhima war memorial on outskirts of the city the next day.

The Left-leaning activists arrested during the subsequent probe had links with Maoists, the police claimed.

In pursuance of the conspiracy, some of the arrested accused along with some those absconding and underground, organised Elgar Parishad through their front organisation Kabir Kala Manch for creating communal disharmony, according to the draft charges.

At the conclave, they enacted provocative songs, short plays, dance, and distributed books and Naxal literature and exploited communal sentiments of Dalits and other classes in order to create violence, instability, and chaos in Pune district, including Koregaon Bhima, the prosecution said.

The accused have been booked UAPA, an anti-terror law, and relevant sections of the IPC.

The IPC sections slapped against the accused include 120B (criminal conspiracy ), 121 (waging or attempting to wage or abetting waging war against GoI) 121A (conspiracy to commit offences punishable under section 121), 124A (sedition) and 153A (promoting enmity between different groups) and 117 (abetting commission of offence by public or by more than ten persons).

Anyone convicted under the IPC section 121, which deals with waging, or attempting to wage war, or abetting waging of war, against the Government of India, faces the death sentence or imprisonment for life.

The activists have denied the charges, while their counsel has called the evidence against them “flimsy“. Several people who were attacked in the Bhima Koregaon violence have accused Hindutva leaders Sambhaji Bhide and Milind Ekbote of orchestrating it. The police overlooked those complaints and instead named the rights activists as the accused.

After the Maha Vikas Aghadi government of the Shiv Sena, Congress and NCP was formed, there have been signs that the prosecution may be dropped. NCP MLA Dhananjay Munde wrote to chief minister Uddhav Thackeray, requesting him to look into the “false allegations” made against the activists and lawyers.