Petrol and diesel prices hiked for the 16th time in a row. 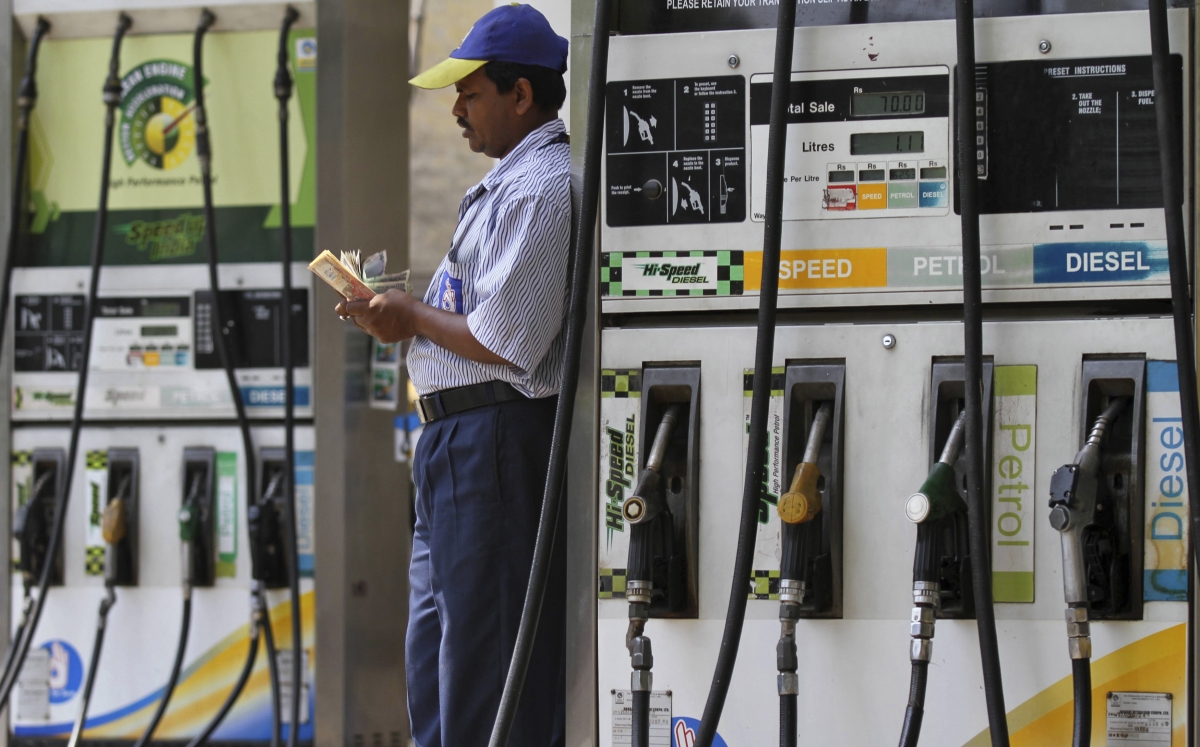 This is the second price increase in petrol since the ending of a three-week-long hiatus in rate revision and the fifth in the case of diesel.. Photo: Reuters

New Delhi: Petrol prices on Monday were hiked by 33 paise per litre and diesel by 58 paise to take retail rates to record high as oil companies increased prices for the 16th day in a row.

In 16 days, the petrol price has been hiked by Rs 8.3 per litre and diesel by Rs 9.46—a record increase in the rates of the fuel in any fortnight since pricing was deregulated in April 2002.

The petrol price in Delhi was hiked to Rs 79.56 per litre from Rs 79.23 while diesel rates were increased to Rs 78.55 a litre from Rs 78.27, according to a price notification of state oil marketing companies.

Rates have been increased across the country and vary from state to state depending on the incidence of local sales tax or Value Added Tax (VAT).

The increase in rates since June 7 is the highest in any fortnight. When petrol and diesel pricing was deregulated in April 2002, oil companies revised rates every fortnight in line with the cost. They switched to daily price revision in May 2017 to allow cost to reflect instantaneously in retail rates.

According to pricing data, the maximum rates have increased in any fortnight was Rs 4-5 per litre.

The 16th daily increase in rates, since oil companies on June 7 restarted revising prices in line with costs after ending an 82-day hiatus in rate revision, has taken diesel prices to fresh highs. Petrol price too is at a two-year high.

When rates had peaked in October 2018, the government had cut excise duty on petrol and diesel by Rs 1.50 per litre each. State-owned oil companies were asked to absorb another Rs 1 a litre to help cut retail rates by Rs 2.50 a litre.

Oil companies had quickly recouped the Re 1 and the government in July 2019 raised excise duty by Rs 2 a litre.

The 82-day freeze in rates this year was imposed in mid-March soon after the government hiked excise duty on petrol and diesel to shore up additional finances.

The government on March 14 hiked excise duty on petrol and diesel by Rs 3 per litre each and then again on May 5 by a record Rs 10 per litre in case of petrol and Rs 13 on diesel. The two hikes gave the government Rs 2 lakh crore in additional tax revenues.

Oil PSUs Indian Oil Corp (IOC), Bharat Petroleum Corp Ltd (BPCL) and Hindustan Petroleum Corp Ltd (HPCL), instead of passing on the excise duty hikes to customers, adjusted them against the fall in the retail rates that was warranted because of fall in international oil prices to a two-decade low.

International oil prices have since rebounded and oil firms are now adjusting retail rates in line with them.