Two prominent political personalities from Assam, Samujjal Bhattacharjee of AASU and Anup Chetia of the pro-talks faction of ULFA figure in the leaked list of potential spyware targets, as does a Manipuri writer. 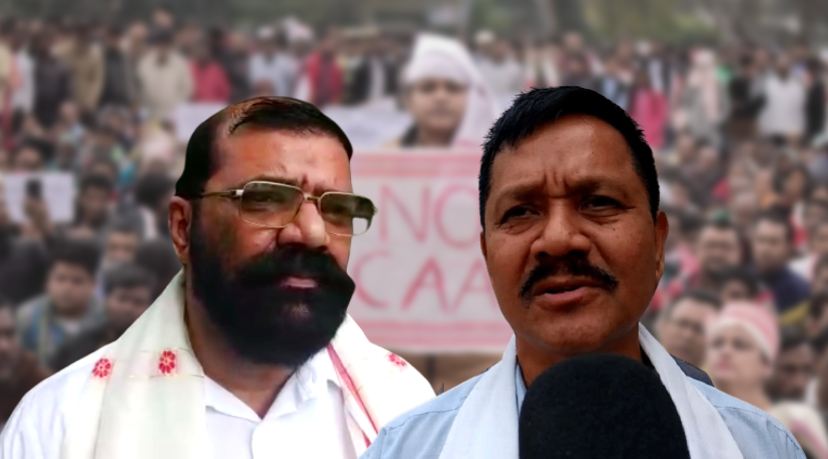 Samujjal Bhattacharjee and Anup Chetia. In the background is an anti-CAA protest in Assam. Illustration: The Wire

New Delhi: On July 16, 2019, the Ministry of Home Affairs (MHA) announced the reconstitution of a ‘high level committee’ to implement Clause 6, a salient section of the Assam Accord.

The clause is designed to provide ‘constitutional safeguards” to the “Assamese people” and its importance had come to the fore in the wake of the Modi government’s stated desire to amend the Citizenship Act to make it easier for Bangladeshi Hindu migrants settled in Assam to become Indian nationals. The move, predictably had triggered protests within the state.

The re-formed committee was headed by a new chairman – retired Gauhati High Court Justice Biplab Kumar Sarma – and saw an increase in the number of members from nine to 12.

Among the new members was Samujjal Bhattacharjee, advisor to the All Assam Students Union (AASU), a signatory to the Accord with the Union government in 1985 which was meant to put an end to the anti-foreigner agitation that the powerful student body had spearheaded. It is because of this Accord that Assam has a spelt-out exclusive citizenship cut-off date – March 24, 1971 – unlike the rest of India, based on which the National Register of Citizens (NRC) for the state was updated in August 2019.

Tucked away in the leaked list of thousands of phone numbers that were analysed by Pegasus Project partners, is one that belongs to Bhattacharjee.

In past statements, the NSO Group has disputed the authenticity of this list, saying the database has nothing to do with the company.

The Wire’s examination of this list – most numbers of which are  clustered in countries that experts say have had active Pegasus operations in the past, and some of which were found to have been targeted by Pegasus through forensic analysis – revealed that one number belongs to Bhattacharjee.

His number was added on the list less than a month before the MHA’s announcement of  the new Clause Six committee.

As The Wire and other Pegasus Project media partners have noted, only the technical examination of a phone’s data can establish whether an attempt to hack, or a successful compromise, took place; but the presence of a number on the list is a clear indication that the person had been identified as a possible candidate for surveillance.

While it is not known why Bhattacharjee would attract such interest, the period in which his number was added to the list offers some clues.

One reason the MHA reformulated the Clause Six committee in July 2019 was because earlier committee members had refused to be part of the exercise.

The reconstitution must have been done also because the Modi government had felt the pressure from certain quarters to not ignore AASU in the matter. Some political observers of the state that The Wire spoke to who didn’t want to be identified said that the exclusion of AASU in the original committee had not gone down well with Bhattacharjee and the rest of the top AASU leadership. In the past, all official confabulations on the implementation of the Accord by the MHA – the nodal agency for its implementation – had been conducted keeping AASU representatives at the table.

The new committee formulated by the Narendra Modi government brought in not only Bhattacharjee but also the then AASU general secretary Lurinjyoti Gogoi and president Dipanka Nath. 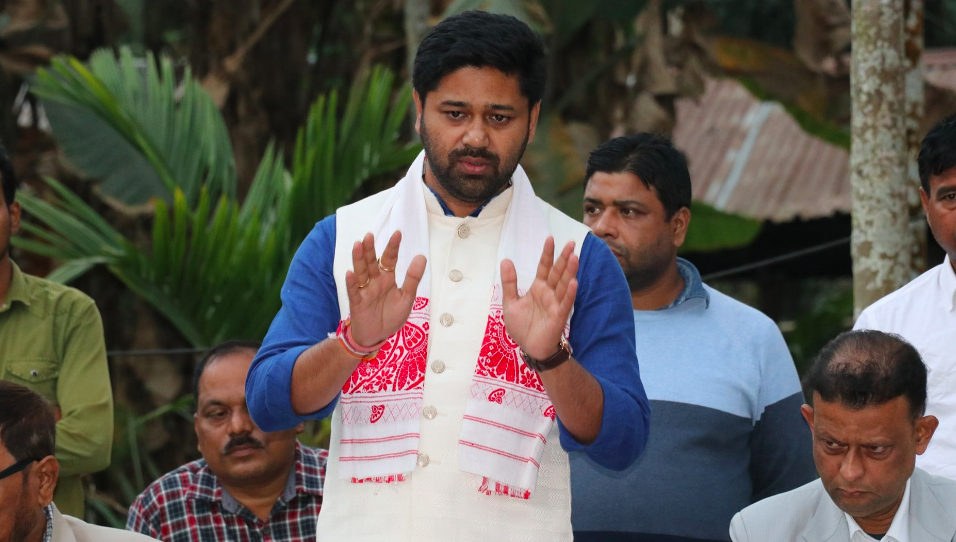 Yet another person whose phone number is in the leaked database is the pro-talks United Liberation Front of Asom (ULFA) leader Anup Chetia. One of his two phone numbers were selected as a possible candidate for surveillance in late 2018.

On being informed about this, Chetia told The Wire that he was always aware that his phones had been tapped. “I have two numbers, all the time the police keeps listening to my conversations. I am not surprised at all. One number was given to me by the Assam Police itself after I was released from jail (in 2015). So it would be naïve to think that there is no surveillance on me through that number.”

“I took the other number (present in the leaked data) may be a year after that,” he said.

The second number that Chetia is referring to appears in the leaked data for a considerable amount of time, from late 2018 and well into mid-2019.

It is not known why he could attract the attention of a possible Pegasus operator. Chetia, who took active part in the ULFA’s peace talks with the MHA as the general secretary of the ULFA (Progressive), had, along with other members, in May 2018,  demanded the scrapping of the Citizenship Amendment Bill – a precursor to the controversial Citizenship (Amendment) Act passed in December 2019 – and had threatened to walk out of the negotiations if the law was not dropped for Assam.

In November 2018, Chetia, while visiting Tinsukia after the killing of five Bengali Hindus by unidentified gunmen during the thick of the anti-CAB protests in the Brahmaputra valley, had told reporters that Assam would burn if “they continue to push the bill”.

While the state police had then detained Chetia’s ULFA associates Jiten Dutta and Mrinal Hazarika in the case, Chetia had then told reporters that there was a conspiracy to derail the Assam peace talks as they had reached the final stage. He also said, “If the bill is passed in Parliament, the situation will worsen and the recruitment for ULFA (Independent), the anti-talk faction, will increase.”

In January 2019, Chetia, along with Mrinal Hazarika, were also summoned by the Assam Police, which suspected their role in the picketing of the Bharatiya Janata Party office in Guwahati by several women.

Chetia said, “Those women had come from (the then) chief minister Sarbananda Sonowal’s hometown, Chabua; we knew one or two of them; they came over to our office to use the bathroom after the picketing; we couldn’t have said no to them. It made the police think we brought the women to Guwahati to protest at the BJP office. We had nothing to do with it.” The picketing women had shouted slogans against Prime Minister Narendra Modi, demanding that the CAB be scrapped.

Chetia’s number appears on the list till the end of the 2019 general elections – in the run-up to the polls, he was active in demanding that the BJP fulfil its promise of granting Scheduled Tribe status to six communities of Assam. 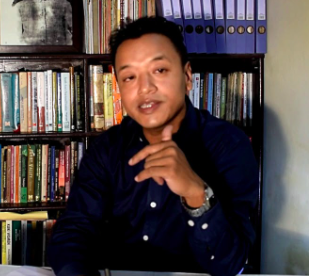 Yet another phone number found in the leaked data is is that of a Delhi-based writer from Manipur, Malem Ningthouja.  When approached, he told The Wire that “some people” had already told him that his phone “must have been tracked”.

“There are also unexpected calls, noise disturbances, interruptions, etc. But I have had no scientific proof so far,” he said.

Ninthouja said, “I am a writer, have written three books, am a part of an academic journal; I get in touch with a number of people for my work. All types of people come to meet me including government officials for my opinions on various issues. Many think I am with the Manipur Students Union of Delhi (MSAD) but I am not a part of their organisational structure; sometimes I have responded to them when invited to attend programmes. Since I interact with a cross section of people which also include pro-underground forces, the government thinks that I am with the underground groups, while those groups think I am a government stooge.”

Ninthouja selection as a possible candidate for surveillance primarily happened in mid-2019, according to the leaked data.

He couldn’t think up a reason as to why he might have come under the radar particularly during that period but added, “Between 2012 and 2019, I was getting in touch with several underground groups operating in Manipur to understand their ideology for my book writing exercise. I wanted to pose them questions, like, what is their definition of national sovereignty’ what is their stage of revolution, their opinion on globalisation; what could be a solution to peace, etc. Several thematic questions were sent to them. While some underground groups responded to it, some didn’t.” 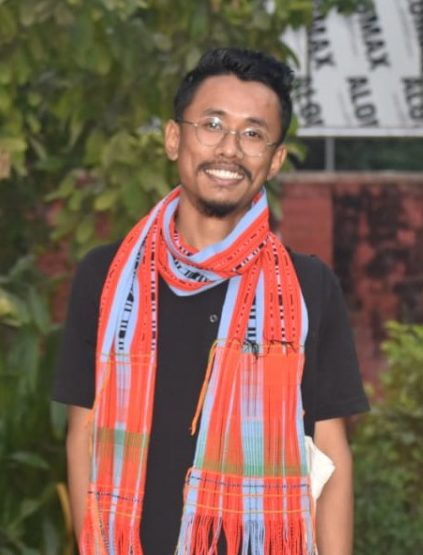 The entry of his number in the leaked data was also when Thokchom Veewon, an advisor to MSAD, was arrested by a joint team of Delhi Police and Manipur Police.

On February 16, 2019, Veewon was picked up from his rented house in Delhi on charge of sedition for a Facebook post against passing of the CAB in the Rajya Sabha. Veewon was at the forefront of a protest in the high security New Delhi zone against the CAB and also in demonstrations organised in the city against the BJP-led Manipur government’s decision to arrest journalist Kishorechandra Wangkhem under the National Security Act in November 2018.

Ningthouja, an alumnus of the Hindu College of Delhi, was a former student leader active in the national capital.

He said, “Since 2010, I have not been active in political activism; I have a family to look after; am only involved in academic writing and social advocacy for peace and permaculture ethics to help build sustainable ecosystem. I am confined to Delhi only because as a contemporary historian, I am interested in accessing regularly the National Archives of India.”

In the latter half of 2020, Ningthouja led an online initiative called “Rethinking War against Drugs” on Imphal-based Kanglaonline. He had invited the state chief minister N. Biren Singh, some KNO leaders, police officers among others for interviews on the state’s drug menace as part of that initiative.

“The chief minister attended the programme. The proceeding of the 14 episodes programme has been transcribed. Translation into English is in process. It will be published soon,” he said.