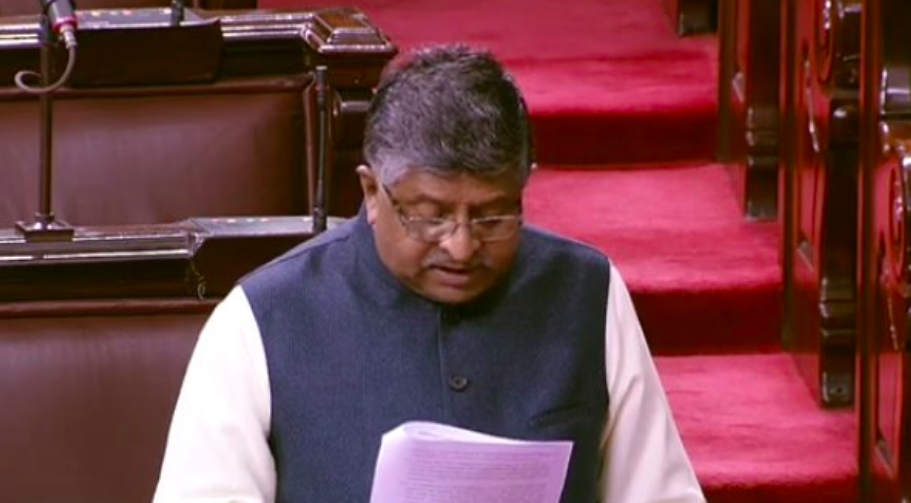 New Delhi: The Narendra Modi government on Thursday once again dodged questions asking whether it had used the NSO Group’s services to snoop on the phones of over 100 Indians.

In a debate in the Rajya Sabha on Thursday, Information Technology minister Ravi Shankar Prasad avoided answering specific questions raised by a range of Opposition party MPs, merely stating that no “unauthorised interception” ever took place.

Prasad denied the allegations that the Israeli spyware maker had met Union home minister Amit Shah and reiterated that all electronic interception of communications in India followed a standard operating procedure.

“Any violation of the procedure is actionable in law. Anyone who has a problem can file and FIR or a formal complaint and the government will look into it. No unauthorised interception has been done,” the IT minister told parliament, but refrained from issuing a categorical denial when asked whether the Centre had ever bought the NSO Group’s Pegasus spyware.

Here’s the video of RS Prasad’s response on the #Pegasus spyware controversy.

Prasad also added that it seemed “too much of a coincidence” that the names that had “come out in the open… have a chronic hatred against Narendra Modi”, a reference to the fact that a substantial number of those targeted by the WhatsApp vulnerability include activists and human rights lawyers.

Also read: Israeli Spyware: Ask Not What Pegasus Does, But How Powerful Actors Operate in India

Congress leader Digvijay Singh, who initiated the discussion by calling attention to the “reported use” of Pegasus in India, laid out a series of questions that framed the debate.

Some of the questions, which get to the heart of the matter, were laid out as below:

So my question is that did the government order any inquiry against NSO. If yes, what came of the inquiry?

Singh also added that WhatsApp asked Toronto University’s Citizen Lab to probe the matter and questioned whether the  government had gotten in touch with Citizen Lab for details.

Union Minister Ravi Shankar Prasad in Rajya Sabha: It also mentioned that based on WhatsApp data available, they believe that the attackers may have attempted to reach the devices of approximately 121 users in India. https://t.co/PqSXMX2bAE

The Congress leader also alleged  that Amit Shah had met top Facebook officials to speak about the Pegasus spyware and went onto demand a JPC probe into the overall issue.

Prasad declined to respond to these questions, and many others, directly and instead reiterated the Centre’s position that there was an official standard operating procedure for any surveillance.

As The Wire has reported, technology rights activists and privacy lawyers have indicated the usage of spyware like Pegasus is likely a violation of provisions of both the IT Act and the Telegraph Act, which lay the foundation for official interception of communications.

The IT minister then went onto declare that WhatsApp had not given the government a list of 121 Indians that had been affected.

“Our view is very clear. Whoever has a complaint, he can file a case, get a damage of Rs 5 lakh, and send him to jail. The union government will cooperate fully in that enquiry. But government should not be involved in any fishing enquiry as it is a matter of Indian people’s respect,” he said.

Prasad then went onto say that there was talk of “right to privacy” and “freedom of expression” but little worry about who dies for the nation. He added that the soldiers do not talk about privacy or free speech but are instead martyred fighting for the good of the nation.