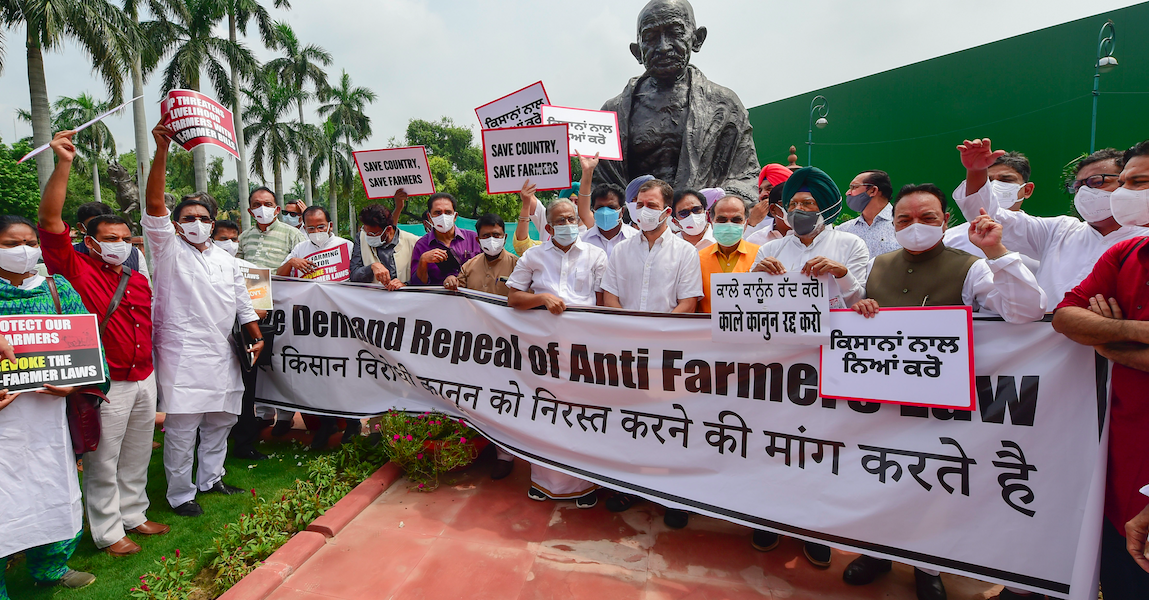 Congress leader Rahul Gandhi with other opposition members takes part in a protest against the farm reform laws, during the Monsoon Session of Parliament, in New Delhi, Thursday, July 22, 2021. Photo: PTI

New Delhi: Lok Sabha proceedings were adjourned till noon on Thursday following sloganeering by opposition members protesting over a range of issues, including the Pegasus snooping controversy.

As soon as the House assembled for the day, members from various opposition parties raised slogans slamming the government over the three agriculture laws.

They later trooped into the Well of the House shouting slogans and holding placards. Some of the placards were in Gurmukhi.

While members from Congress and Shiromani Akali Dal targeted the government on the farmers’ issue, TMC members gathered near the Speaker’s podium raising the Pegasus snooping issue. They shouted slogans seeking answers from the prime minister.

Posters with messages like “save the country, save the farmer” were also raised by opposition members.

The Question Hour barely continued for 12 minutes before Speaker Om Birla adjourned the House till 12 noon.

Birla said members are elected to raise issues related to the common man and not raise slogans and hold placards inside the House.

The speaker said he would allow discussions on all the issues the opposition members were raising through slogans and placards.