Amid protests in both houses over the Union government ignoring their demand for discussion on Pegasus, the latter introduced two Bills. New Delhi: Opposition parties on Friday, July 30, continued with protests over the Pegasus snooping issue in both houses of parliament, leading to their adjournment till Monday.

Led by the Congress, parties pressed for a discussion on the issue and an independent probe into the matter, but the Union government refused to relent to these demands. Parliamentary Affairs Minister Pralhad Joshi, stressing the need for allowing members to ask questions in Lok Sabha today, said that “this is not a serious issue”.

For two entire weeks now, proceedings in both houses has been impacted by the Pegasus snooping, details of which were first revealed by The Wire, which is part of an international consortium of media outlets that investigated a list of numbers that were potentially subjected to surveillance using the Pegasus spyware.

As on other days, today too Opposition members, particularly those from Congress and Trinamool Congress strongly protested against the Union government’s refusal to discuss the issue. Both parties have demanded a judicial probe into the matter.

Earlier this week on Wednesday, a united opposition, comprising leaders of 14 parties, met in the chamber of Leader of Congress in Rajya Sabha Mallikarjun Kharge and declared that it would only lift protests if the matter is discussed in the presence of Prime Minister Narendra Modi or Union home minister Amit Shah during the discussions on it. 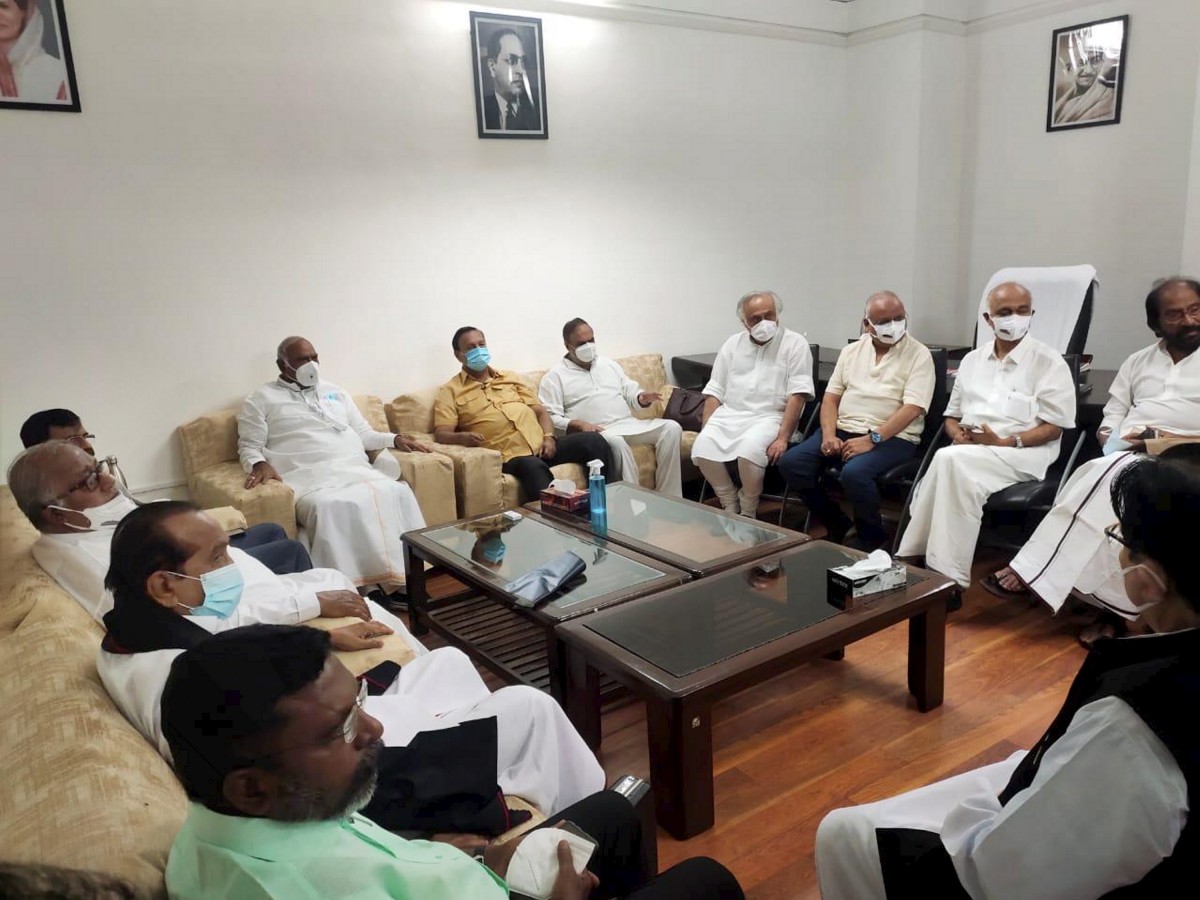 LoP Mallikarjun Kharge and leaders of other opposition parties during a meeting, at Parliament House in New Delhi. Photo: PTI

Congress leader, Rahul Gandhi, whose name had also figured in the snooping list and who had termed the scandal one amounting to “treason“, has also maintained that there is a need to stick to this strategy.

‘Not a serious issue’

In the Lok Sabha, when the proceedings began at 11 am, the Opposition raised slogans on Friday. At this, Parliamentary Affairs Minister Prahlad Joshi stated, “More than 315 members of the House want the Question Hour to take place. Despite that, behaviour like this is extremely unfortunate.”

Saying that the Information Technology Minister has already given a detailed statement in both houses regarding the Pegasus issue, Joshi added that “this is not a serious issue at all”.

Protests only grew louder and the house was adjourned till noon. 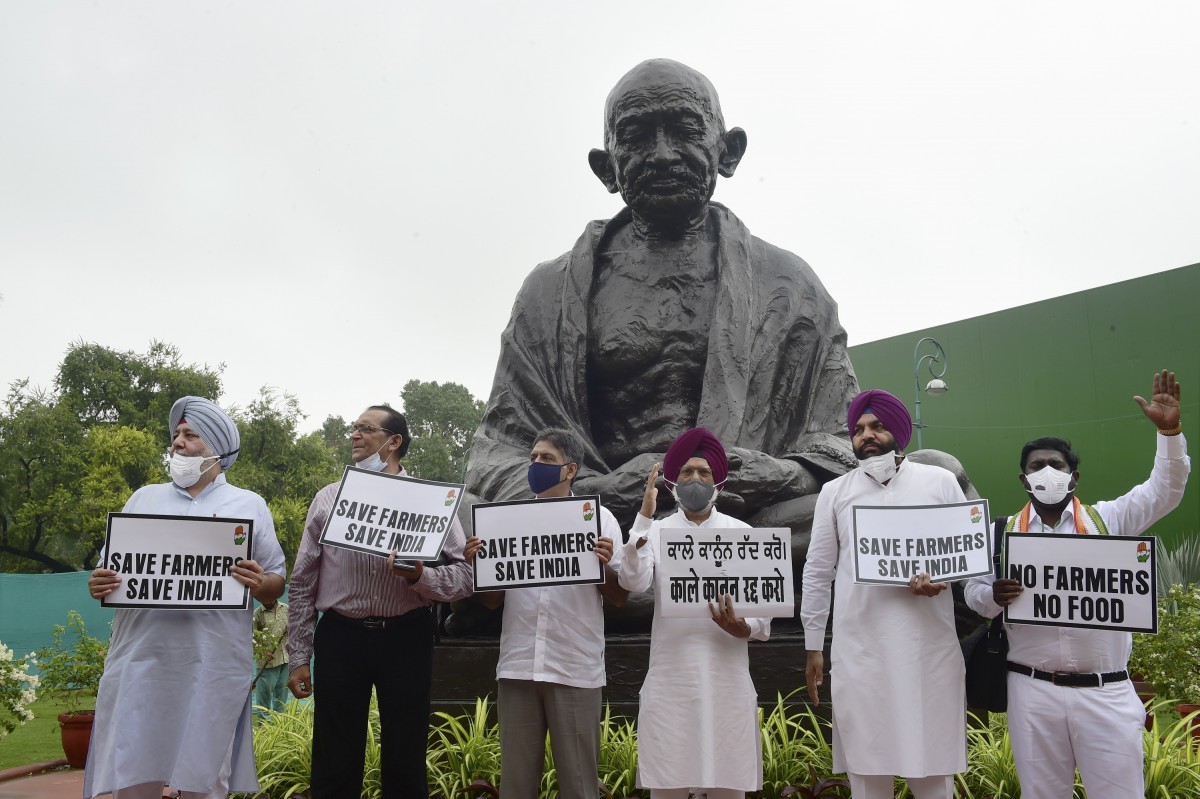 The statement of objects of the Insurance Bill stated that it would remove the requirement that the Union government holds not less than 51% of the equity capital in a specified insurer.

Speaking about the Insurance Bill, which allows the government to pare its stake in state-owned insurers, Union finance minister Nirmala Sitharaman said that it would not lead to privatisation. Rather, she said, the passage of this Bill would help generate required resources from the Indian markets so that public sector general insurers can design innovative products.

As the Opposition expressed its apprehension that the Bill would allow foreign investors to come in and result in privatisation of general insurance companies under the public sector undertaking, Sitharaman claimed that these “apprehensions are not well-founded”. She said only enabling provisions were being introduced so that the Centre was able to bring in public, Indian citizens, and common people’s participation in the general insurance companies.”

Following the introduction of the two Bills, the Chair, Rajendra Agrawal, urged the protesting MPs to return to their seats saying a discussion on the COVID-19 situation was scheduled to take place under Rule 193.

As the protests continued, he adjourned proceedings till August 2.

In the Rajya Sabha too, the Pegasus issue dominated proceedings with the Opposition urging a discussion on how and why the Israeli-made spyware was allowed to be used for snooping on journalists, politicians, their close associates and others.

Parliamentarians in the Rajya Sabha during the Monsoon Session of Parliament, in New Delhi, Friday, July 30, 2021. Photo: PTI

Once the papers had been laid in the House, Chairman Venkaiah Naidu allowed Congress MP K.C. Venugopal to read out his notice of moving a privilege motion against Minister of State for Health Bharati Pravin Pawar for allegedly misleading the House on the deaths due to shortage of oxygen during the COVID-19 outbreak.

As Opposition members continued with the protests over the Pegasus issue and the farmers’ bills, Naidu objected to the manner in which some members whistled and placing placards in front of ministers during the proceedings and he claimed that the conduct of some of the MPs had “touched a new low”. He later adjourned the House till noon.

When the House reassembled, the protests continued, leading to another adjournment till 2.30 pm and afterwards, till Monday.