Parliament Owes an Apology to Those Who Died During Second COVID Wave: Manoj Jha in RS

The RJD member said that those who had died during the second wave but whose deaths were not officially acknowledged have left behind a 'living document of our failure'. 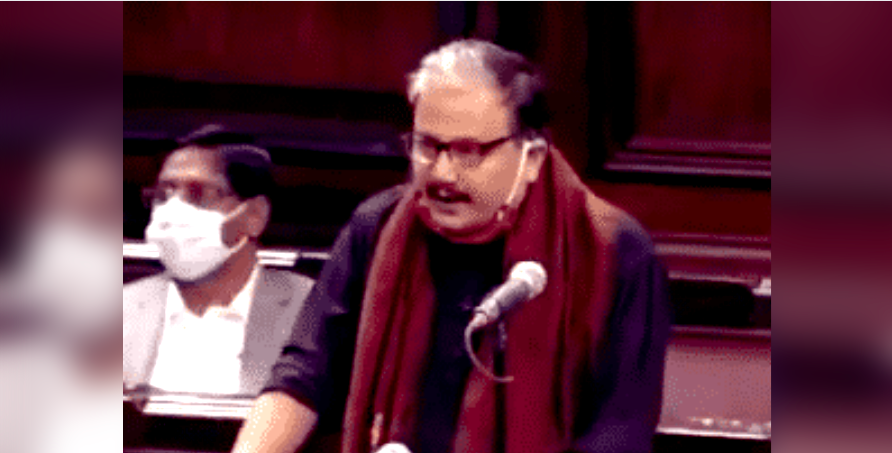 New Delhi: Rashtriya Janata Dal (RJD) MP Manoj Jha, speaking in the Rajya Sabha on Tuesday, said that parliament owes an apology to those who died during the second wave of COVID-19 but whose deaths were not acknowledged. He said that these deaths have left behind a “living document of our failure”.

According to the Indian Express, which translated portions of his Hindi speech into English, Jha said that the focus needs to shift away from numbers and instead work towards protecting the right to health and right to work.

His speech began with an apology to those who had died during the second wave of COVID-19, but whose deaths have not been acknowledged. “This apology is not just from me… we should issue a collective apology from this House for those people whose bodies were floating in the Ganga,” Jha said, according to the Indian Express.

He expressed shock that an obituary of 50 people been read out between two sessions of parliament, wondering if this had occurred before. He recollected that some of his colleagues who died due to COVID-19 had gone too quickly, saying, “This pain is personal. I don’t want to talk about numbers. Mera aankda, tumhaara aankda. Apni peeda mein aankda dhoondiye (My number, your number. Search for numbers in your pain).”

Jha, recollecting the devastating effect of the second wave, said is “not one person in this country, in this House” who can say they have not lost someone known to them.

“People would call for oxygen. We could not arrange it. People think he is an MP, he will arrange oxygen. Of a hundred phone calls, in the evening we would sit and see. Success rate two, success rate three. Who will explain numbers to me? I don’t want to talk about numbers. The people that have gone have left behind a living document of our failure,” the MP said, according to the Indian Express.

The RJD MP also criticised the government for saying advertising that it was providing vaccines, ration and treatment for free. Jha said that every citizen of India, irrespective of how rich or poor they are, pays taxes and therefore, it is the commitment of the state to provide welfare services. He said the government should work towards the right to health, which is constitutionally guaranteed.

Jha said during the second wave, not just the Union government but also many states were helpless. “During that time, it was being said that governments didn’t fail, the system failed. What is this system? From childhood we have heard, there is a person behind the system. If the system has failed, whether in Delhi, or in the lanes of a village, then the governments have failed, don’t give it the name of a system. They make the system,” he said, according to Indian Express.