One Killed in Police Firing in Assam's Goalpara District

Yakub Ali was part of a protest held against alleged inclusion of Indian citizens in the doubtful voters list by the foreigners’ tribunals. 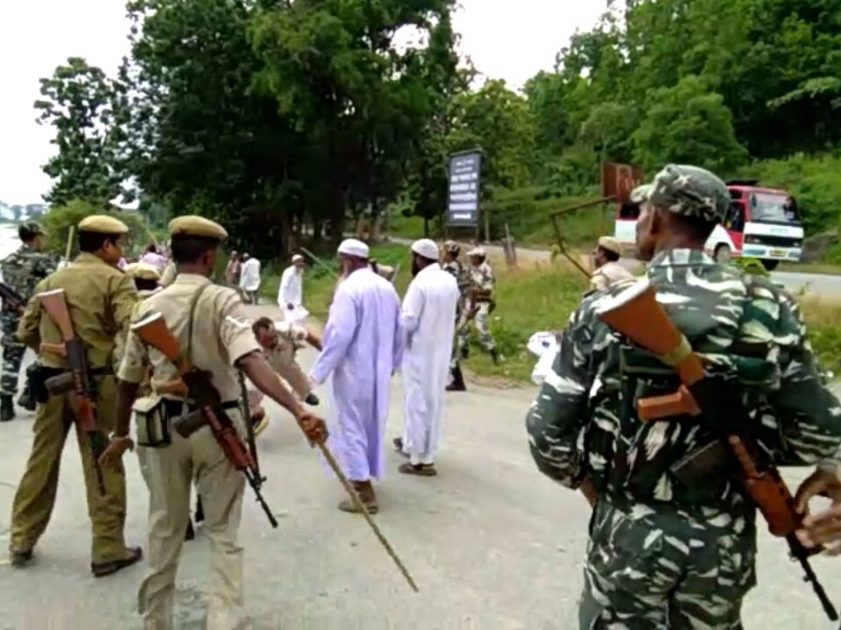 New Delhi: A 22-year-old man, Yakub Ali, died in police firing in Assam’s Goalpara district on June 30 during a public rally to protest against the alleged inclusion of several Indian citizens in the D (doubtful)-voters list in the state by police and foreigners’ tribunals.

The rally was organised by a local advocate Nazrul Islam, who has been out on bail, along with two other advocates. The four were charged in a case of assault on a foreigners’ tribunal judge and ransacking of his office in February to protest against a verdict he delivered which turned eight suspected undocumented immigrants as foreigners.

Presently, as many as 100 foreigners’ tribunals, set up as per a Supreme Court directive, are reviewing the list of D-voters, who were put in that list by the state government stating lack of proper citizenship credentials and thereby, disenfranchised. Many such voters, mostly Bengali speaking Muslims and Hindus of Bangladeshi origin, have been lodged in detention centres across the state.

Based on the verdicts of the tribunals, the 1951 National Register of Citizens (NRC) is soon going to be updated in the state. This has been done as per a clause of the Assam Accord signed between All Assam Students Union and Asom Jatiotabadi Yuva Chatra Parishad with the state and central government in 1985.

On June 30, the protesters, belonging to Khutamari village of the district, came out in response to a call by Nazrul Islam who stated in a leaflet written in Assamese that the rally would end the “injustice meted out to Assam’s Muslims and Bengali Hindus.” Urging the protesters to be non-violent, the leaflet said, “The national highway would be blocked on June 30 from Makori to Sulmara and Pancharatna and Naranarayan Setu against the injustice.”

Hussain Ahmed Madani, an eyewitness of the police firing, told The Wire on July 1, “About hundred people raising slogans demanding inclusion of genuine citizens in the NRC were stopped close to Naranarayan setu (a bridge over river Brahmaputra) by the police asking them for the permission letter to hold the protest. CRPF personnel were also present. The aim of the protesters was to block the National Highway 37 which connects Goalpara to the neighbouring Bongaingaon district (and thereafter to West Bengal). Though the protesters had applied for permission, it was not granted by the police.”

Videos of protesters arguing with personnel from Assam Police and the CRPF have been circulating on social media, which also showed police tearing off their banner and then resorting to lathi charge without much provocation. The police action dispersed the crowd. However, some local youth, angry at the police action, began to hurl stones at them after sometime.

“A railway line passes by the area. The youth picked stones from the railway line and began throwing at the police and CRPF personnel, who also threw back stones at them. It went on for about half an hour. After that, the OC of the Goalpara Sadar police station, present at the site, ordered an Assam Police man to fire at the youth, which killed 22-year-old Yakub Ali on the spot,” said another eyewitness who didn’t want to be named here.

He said, “Neither the policemen nor the CRPF personnel had tear gas or rubber bullets to control the crowd, something that should have been done. They straightaway shot at them, which led to the death of the young man.”

Later, speaking to local media, Goalpara superintendent of police Amitabh Sinha said the incident happened near Kharubosa area of the district. He said, “The police had dispersed the crowd by cane-charge. However, the agitators re-grouped and began pelting stones at the vehicles passing by the national highway which led police to open fire at them. It led to the killing of the youth.”