What We Know About Why ED Is Interrogating Omar Abdullah

There has been no word from either the ED or the National Conference leader on what the questioning has been in connection to. But sources said it is linked to alleged irregularities in the J&K Bank's functioning that took place during his tenure as J&K CM. 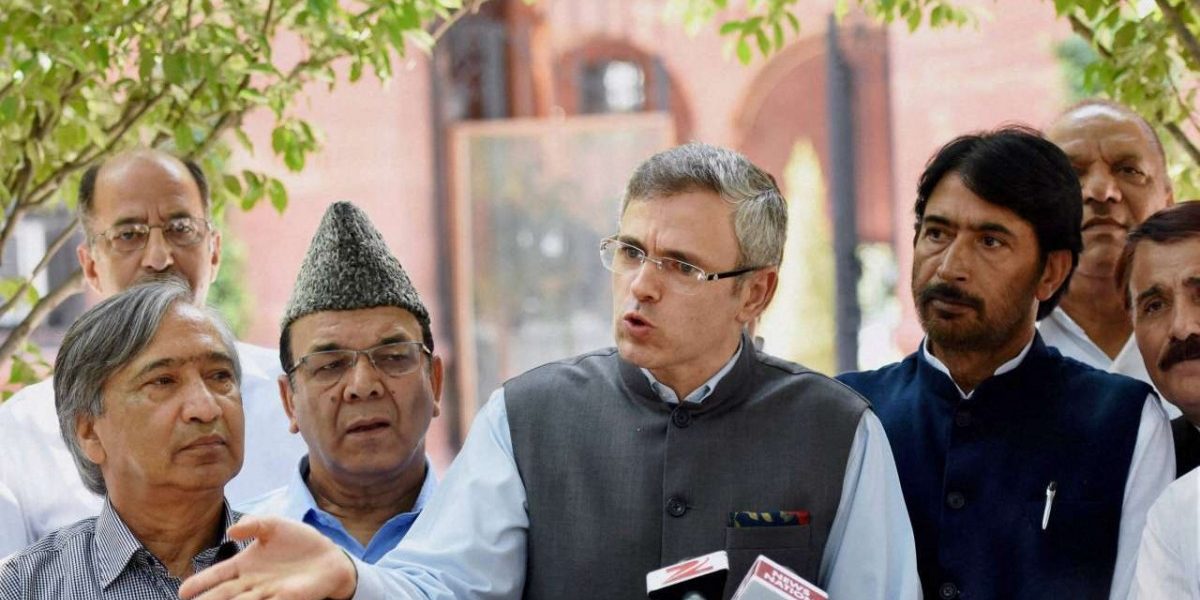 Srinagar: Former Jammu and Kashmir chief minister Omar Abdullah was questioned by the Enforcement Directorate (ED) at its headquarters in the national capital on Thursday, April 7, in connection with “12 or 13 year-old case”.

Abdullah, who is the vice-president of National Conference, was issued summons by the anti-corruption agency last week. He arrived at the ED headquarters at around 11 am on Thursday and was questioned for nearly five hours before being allowed to go at 5 pm.

“I have not been accused of anything. It is an ongoing investigation in which I was called for questioning. I answered their queries as much as I could,” Abdullah told reporters outside the ED headquarters after facing the investigators, adding that he would cooperate with the agency if required.

The ED did not specify the case in which the former J&K CM was questioned. Repeated attempts were made by The Wire to contact Abdullah for details of the case, but no response was received. However, sources said Abdullah’s questioning is linked to the alleged irregularities in Jammu and Kashmir Bank under his tenure as J&K chief minister from 2009 to 2014.

ACB to CBI to ED

Sources said Omar was questioned in connection with the purchase of a 65,000 square feet property by the bank in Mumbai’s Bandra Kurla in 2010, allegedly at an exorbitant price by flouting the norms. A written complaint was filed with J&K’s Anti-Corruption Bureau (ACB) in connection with the purchase in 2019 following which an FIR (14/2021, dated July 10 2021) was filed by the agency.

Following the reading down of Article 370, the ACB had filed nearly dozen cases in 2019 against J&K Bank officials, including former chairmen Mushtaq Ahmad Shaikh and Parvez Ahmad, former vice-president Romesh Vaid, and other bank officials for sanctioning loans on fake documents, illegal appointments, criminal conspiracy and misusing official position among other charges.

The purchase of the Mumbai property was approved by J&K Bank’s board of directors which had set up a two-member committee headed by its then chairman Haseeb Drabu. Although the J&K government has a majority stake in the bank, the bank is under the supervisory control of the Reserve Bank of India. One report in the Indian Express suggested that Omar was questioned by the ED sleuths over the appointment of certain directors in the bank.

The agency has already questioned another former J&K chief minister and president of Peoples Democratic Party, Mehbooba Mufti, in connection with the alleged irregularities in the bank. Mehbooba’s mother was also questioned by the agency last year.

The Union government has termed the cases filed against J&K Bank officials and questioning of top political leaders and bank officials by central investigation agencies an attempt to crack down on alleged corruption and nepotism while bringing transparency and accountability in the bank’s functioning.

However, regional mainstream parties have accused the BJP-led government of using the agencies for political vendetta.

After Omar walked out of the ED headquarters, his party accused the BJP-led Union government of “misusing investigative agencies” for political interests. Sources in the National Conference said the purchase was approved by the board of J&K Bank and, as the chief minister, Abdullah had no say in the issue.

“This (summoning of Omar) is another step in the same direction. No political party that puts up meaningful opposition to the BJP has been spared, whether it is the ED, CBI, NIA, NCB – all have been used for political purposes… We have no doubt that this fishing expedition will yield no concrete results to the BJP,” National Conference said in a statement.

The party said the summons to Omar Abdullah illustrates a “vicious vilification campaign that started even before August 5, 2019, when constitutional position holders like the then Governor were used to make slanderous accusations against opponents of the BJP, knowing full well that there was no legal recourse available to those at the receiving end of these lies,” a party spokesman said.

The party said that Abdullah was asked to appear before the central agency because he was told that his attendance was ‘necessary’ for the investigation “Inspite of it being the holy month of Ramzan, and Delhi not being his primary place of residence, Abdullah did not seek a postponement or a change of venue and appeared as per the notice,” the party statement said.

“Over recent years we have seen that wherever state elections are due, agencies like the ED move in and target those parties who pose a challenge to the BJP. Even though this exercise is political in nature, Omar Abdullah will cooperate with investigative agencies as there is no wrongdoing on his part and he is not an accused in any matter under investigation,” the statement added.