The central agency has sought permission from a court in Mumbai to investigate into the enforcement case information report (ECIR) registered against the activist in March 2021. 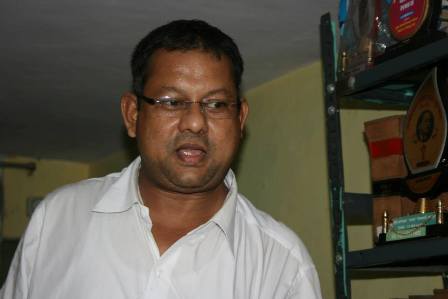 Mumbai: The Enforcement Directorate on Thursday, July 28, moved an application before a special court seeking permission to question Surendra Gadling, one of the activists jailed in the Elgar Parishad case, in connection with an enforcement case information report (ECIR) registered against him in March 2021.

The Nagpur-based human rights activist has already been in jail for four years and will now be probed by ED in a “money laundering” case.

Gadling, one of the first among the 16 human rights defenders arrested in the Elgar Parishad case, is presently lodged at the Taloja Central prison on the outskirts of Mumbai.

The ED application, filed by assistant director Praduman Sharma, claims that Gadling used to receive funds to “organise and run activities” of the banned Communist Party of India (Maoist). The agency linked its probe to the existing Elgar Parishad case being investigated by National Investigating Agency, another central agency.

In the application, the ED has claimed that Gadling allegedly participated in organising Elgar Parishad at a Brahmin hub Shaniwar Wada on December 31, 2017. The NIA’s case is that the activity at Elgar Parishad was a Naxal front and was organised with an intention to proliferate the ideology in the urban spaces.

Gadling and 15 other activists have all been accused of being “Urban Naxals” trying to spread the ideology of the banned organisation among the urban youths and eventually have them recruited.

Several independent investigations have raised serious doubts about these claims and have pointed to the probable tampering of electronic devices of those arrested.

The Pegasus investigation, handled by The Wire, along with several other international publications, had pointed to a probable malware attack on the phones belonging to Gadling’s wife Minal, his associate lawyers Nihalsingh Rathod and Jagdish Meshram.

Another independent investigation by the Massachusetts-based digital forensics firm Arsenal Consulting had found that Gadling’s computer was attacked and surveilled upon, and incriminating documents were planted on it

The ED’s case now claims that Gadling, in collusion with other terrorist organisation, was involved in raising funds for terror activities and spread of the CPI (Maoist) ideology. For this, the ED, in its application, has claimed that along with Gadling, his family members’ bank accounts were also used.

“They have used email and SIM card in the name of fictitious persons for communicating among themselves,” the ED alleges in the application.

In the ECIR, the ED has invoked Section 3 of the Prevention of Money Laundering Act, to the existing sections of the Unlawful Activities Prevention Act, which are also slapped against Gadling and other accused in the Elgar Parishad case. The application comes up for hearing next on August 10.

Special Public Prosecutor Sunil Gonsalves, appearing for the ED, argued that the agency wants to record Gadling’s statement as per Section 50 (2) of the PMLA between August 17 and 19. The court, however, did not decide on the application and adjourned it until August 10.

Since his arrest on June 6, 2018, the investigating agency has managed to file three volumes of charge sheet (one main charge sheet and two supplementary). But the trial is yet to begin in the case.

Meanwhile, Gadling’s bail application is pending before the court, on the lines similar to that of his co-accused, also an academic and lawyer, Sudha Bharadwaj, who was granted a “default bail” by the Bombay high court in December last year.