Flying in the face of a Supreme Court directive, the Centre has reserved the right to remove Subodh Kumar Jaiswal before his term ends. 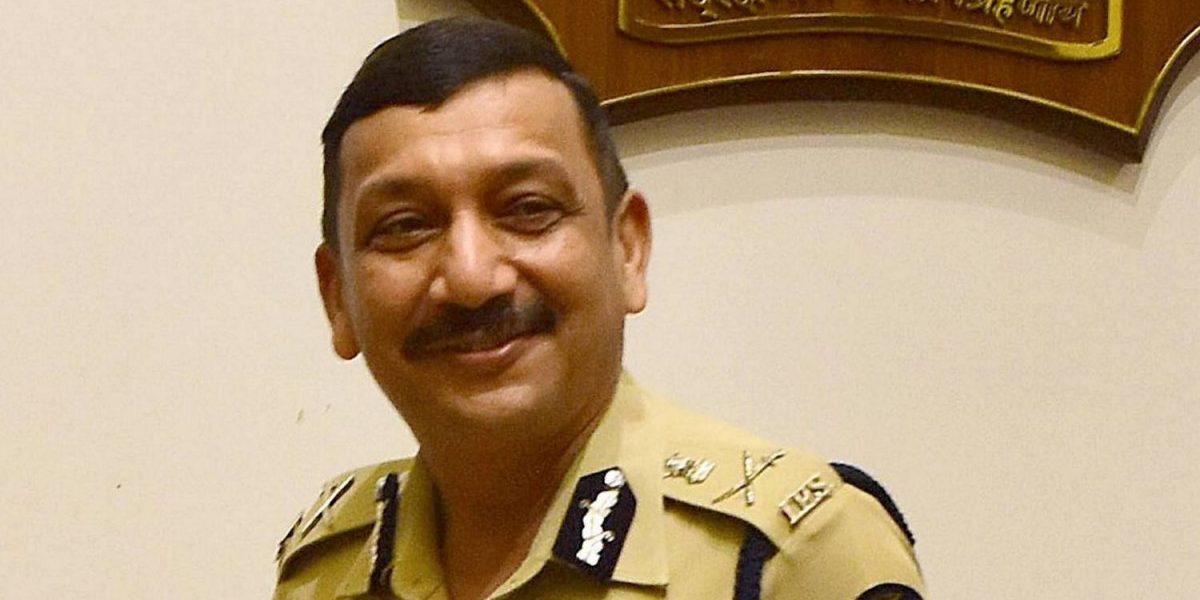 New Delhi: The devil, as the well-known adage goes, is always in fine print. So it was in the notification released by the secretariat of the Appointments Committee of the Cabinet (ACC), Ministry of Personnel, Public Grievances and Pensions (Department of Personnel and Training) on May 25 appointing Subodh Kumar Jaiswal as director of the CBI. The notification said the ACC, based on the panel recommended by the committee, had:

“approved the appointment of Shri Subodh Kumar Jaiswal, IPS (MH:1985) as director, Central Bureau of Investigation (CBI) for a period of two years from the date of assumption of charge of the office or until further orders whichever is earlier (emphasis added) ”.

The notification was signed by Srinivas R. Katikithala, secretary of the ACC and establishment officer. And it was sent to the secretary of DoPT, Deepak Khandekar, with copies to officials in the Prime Minister’s Office (PMO) and the home ministry.

Compare this with the notification issued on February 2, 2019 appointing Jaiswal’s predecessor, Rishi Kumar Shukla, which read as follows:

“The Appointments Committee of the Cabinet has, based on the panel recommended by the Committee constituted as per Section 4A(1) of the Delhi Special Police Establishment Act, 1946, approved the appointment of Shri Rishi Kumar Shukla, IPS (MP: 1983) as Director, Central Bureau of Investigation (CBI) vice Shri Alok Kumar Verma, IPS (AGMU:1979) for a period of two years from the date of assumption of charge of the office”.

Note that there are two significant changes between the notifications approving the appointments of Shukla in 2019 and now of Jaiswal. The notification approving Shukla’s appointment acknowledges the role of the selection committee constituted under section 4A(1) of the Delhi Special Police Establishment (DSPE) Act, 1946. The one approving Jaiswal’s appointment does not refer to the relevant provision in the DSPE Act, but ambiguously refers to the “panel recommended by the committee”.

Even as one wonders whether the omission of any reference to the Act in Jaiswal’s appointment is deliberate, the second change makes the government’s intentions very clear. By adding the words “or until further orders whichever is earlier” immediately after giving Jaiswal a tenure of two years from the date of his assumption of office, the government appears to reserve for itself the power to terminate his appointment before he completes the term.

But does the government have that power to do so?

The Supreme Court in the Vineet Narain case (1997) had fixed a minimum tenure of two years for the CBI director. In its January 8, 2019 judgment in the former CBI director Alok Verma case, the Supreme Court bench comprising the then CJI Ranjan Gogoi and Justices Sanjay Kishan Kaul and K.M. Joseph cited the Vineet Narain judgment and relied on the clear legislative intent in the Central Vigilance Commission (CVC) Act, 2003 to ensure complete insulation of the office of the CBI director from extraneous influences and to uphold the integrity and independence of the institution of the CBI.

Section 4B(2) of the DSPE Act states that the CBI director shall not be transferred except with the previous consent of the High Powered Committee. Section 4B, including sub-section (2) thereof, of the DSPE Act was brought in by the CVC Act.

In its January 2019 judgment, the Supreme Court held that if the legislative intent were to confer in any authority of the state a power to take interim measures against the CBI director, thereby affecting his functioning, surely the legislation would have contained enabling provisions to that effect and consequently would have been worded differently.

If the word “transferred” has to be understood in its ordinary parlance and limited to mean a change from one post to another, and on that basis the requirement of “previous consent of the committee” is understood to be only in such cases, that is, purely of transfer, such an interpretation would be self-defeating and would clearly negate the legislative intent, the bench ruled.

“In such an event, it will be free for the state authority to effectively disengage the director, CBI, from functioning by adopting various modes, known and unknown, which may not amount to transfer but would still have the same effect as a transfer from one post to another, namely, cessation of exercise of powers and functions of the earlier post. This is clearly not what the legislature could have intended. The long history of evolution has shown that the institution of the CBI has been perceived to be necessarily kept away from all kinds of extraneous influences so that it can perform its role as the premier investigating and prosecuting agency without any fear and favour and in the best public interest.”

The head of the institution, namely, the director, therefore, had to be the role model of independence and integrity, which could only be ensured by freedom from all kinds of control and interference except to the extent that parliament might have intended, the bench held.

“In a situation where such interference may at all be called for, public interest must be writ large against the backdrop of the necessity. The relevance and adequacy of the reasons giving rise to such a compelling necessity can only be tested by the opinion of the committee constituted under Section 4A(1) of the DSPE Act in whom the power to make recommendations for appointment of the Director has been vested by parliament.”

“This alone can provide an adequate safeguard to ensure the independence of the office keeping in view the legislative intent, as found and held by us. In this regard we feel fortified in saying that the status of the committee having undergone an upward movement by the amendment brought in by the Lokpal and Lokayuktas Act, 2013, it cannot but be said that the legislative intent in shielding and insulating the office of the director from any kind of extraneous influence has been foremost in the mind of parliament.”

Dwelling on the relevance of Sections 14, 15 and 16 of the General Clauses Act, 1897, so as to confer a power in the Central government to pass the impugned orders, including the order of appointment of an acting director of the CBI, the bench said they had no application in the present case in view of the clear and apparent intention to the contrary that unequivocally flowed from the provisions of the DSPE Act.

On October 23-24, 2018, the Modi government abruptly removed the then CBI director, Alok Verma in a midnight operation, by asking him to go on leave, although his two-year tenure was to end on January 31, 2019. Verma had rattled the government by receiving complaints from lawyer Prashant Bhushan seeking to probe irregularities in the acquisition of Rafale fighter jets. A petition filed by Bhushan, Arun Shourie and Yashwant Sinha in the Supreme Court for a court-monitored probe into the controversial deal didn’t succeed. The official reason for removing Verma was a Central Vigilance Commission report against him. The CVC had divested Verma of his duties, following allegations of corruption against him, before the government removed him from the CBI on the same day.

In January 2019, Verma who had challenged his removal in the Supreme Court succeeded in securing an order in his favour, restoring his position as the CBI director. However, a day after he resumed his duties, the HPC, in a 2:1 decision, removed him, citing the CVC report against him. In the HPC, as the CJI recused himself because of hearing Verma’s petition, Justice A.K. Sikri took his place and supported the government, thus making Verma’s exit possible. The government resorted to transferring Verma, as his removal was not legally possible, before the completion of his tenure.

Although the ACC posted Verma as the director-general, Fire Services, Civil Defence and Home Guards, for the remaining period of his term ending on January 31, 2019, he declined the new position and chose to resign.

The HPC’s decision to transfer Alok Verma arbitrarily, without a reasoned order, therefore, left everyone in the dark about the allegations against him. The HPC didn’t hear Verma, in a move that was inconsistent with the principles of natural justice.

In Alok Verma, the Supreme Court took note of the fact that parliament amended the DSPE Act in 2014 to provide for the three-member selection committee, comprising the PM, the CJI and the leader of the opposition. The court also recognised the fact that parliament intended to keep the office of the CBI director distinct from the offices of director general of police in the states, and that of the CVC at the Centre. The court emphasised that the law dealing with the CBI director did not provide for his removal prior to his completing the two-year tenure, whereas in the case of the other offices such as DGPs and the CVC, a provision for removal before the completion of their tenures was enacted.

“Such intendment, in our considered view, would require all Authorities to keep away from intermingling or interfering in the functioning of the Director,” the Supreme Court bench in Alok Verma held.

Thus it is clear that while the law envisages transfer of the CBI director before he completes two year tenure, with the prior approval of the HPC, the law does not at all contemplate his removal from office before the end of his tenure. Therefore, the ACC’s note approving the appointment of Jaiswal is not only mischievous, but flies in the face of a clear and unambiguous ruling of the Supreme Court in the Alok Verma case against any direct and indirect meddling in the functioning of the CBI’s director. Worse, the official note is tantamount to the government wielding a Damocles sword over the CBI director, even before he assumed office.

The notification on Jaiswal appointment also raises the question whether the government, hurt by the CJI N.V. Ramana’s citing of the 2019 order of the Supreme Court to eliminate its favourites in the race for the post of the director, has hit back by insisting that it has the power to terminate Jaiswal, notwithstanding what the law says.