'No Merit' in EC Order That Parties Don't Come Under RTI, Say Activists

The Central Information Commission had earlier held that political parties are public authorities, and a petition is pending in the Supreme Court on whether they need to make their funding sources public. 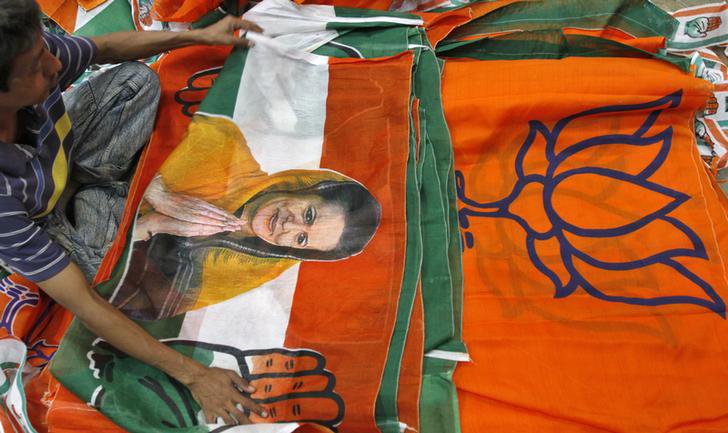 New Delhi: The Election Commission’s order stating that political parties are “out of the purview of the RTI (Right to Information)” has not gone down well with transparency activists. They have said that this claim has “no merit”, as the Central Information Commission’s 2013 order declaring that six national parties were indeed covered under the Act still holds. The political parties, which had opposed the CIC order but had not contested it in court, have again questioned the need for bringing them under the purview of the RTI.

The poll panel’s order came on a petition filed by Pune-based Vihar Dhurve, who had asked for the details of donations collected by the six national parties – Bharatiya Janata Party, Congress, Bahujan Samaj Party, Nationalist Congress Party, Communist Party of India and Communist Party of India (Marxist) – and the Samajwadi Party through electoral bonds, which were introduced by the Centre in the Union Budget 2017-18.

Upholding the view taken by the chief public information officer (CPIO), the First Appellate Authority and a senior principal secretary in the EC, K.F. Wilfred, stated in his order that the “requisite information is not available in the Commission”.

He went on to cite the CPIO’s comments that “this is related to political parties and they are out of the purview of the RTI. They may submit information of donation/amount collected through by Electoral bonds in their contribution report for the financial year 2017-18 in the ECI for which the due date is September 30, 2018.”

Later, when asked by news agency PTI why he delivered the order despite the matter having been taken to the Supreme Court by RTI activists, Wilfred said he meant that not all political parties are covered under the RTI Act. The agency said when it was pointed out that the RTI appeal pertained to the six political parties which were held to be under the RTI Act by the CIC order, Wilfred “did not give any explanation except to say that the DoPT (Department of Personnel and Training) has issued an order that when an RTI plea pertains to multiple public authorities, it is not compulsory to transfer the question to them.”

The agency also recorded that the order had not mentioned this aspect, though he had transferred a question relating to a meeting held by the EC with political parties on the issue of electoral bonds to the finance ministry.

CIC had in 2013 stated parties fulfilled criteria of “public authority”

A full bench of the CIC had on June 3, 2013, issued the order on a petition by RTI activists Subhash Agrawal and Anil Bairwal of the Association for Democratic Reforms (ADR), who had asked that the sources of finance and contributions to six national parties be made public. The CIC had held that the parties were answerable under the RTI Act as they fulfilled the criteria of being public authorities.

The bench had subsequently directed the president and general secretaries of the six parties to designate central public information officers and appellate authorities at their headquarters and to comply with and make available on their website the provisions of the mandatory proactive disclosures clauses as per the RTI Act.

Though the political parties had opposed the decision, they never challenged the order in the Supreme Court. At the same time, they continued to refuse information under the Act and this had compelled RTI activists to knock at the doors of the apex court, where the matter is still pending.

‘No merit in Election Commission order’

Former chief information commissioner A.N. Tiwari questioned the logic behind the EC delivering an order like this at the current juncture. “When the Central Information Commission has declared six national political parties as a public authority, the Election Commission cannot take a position contrary to that unless the order of the CIC has been overturned by the Supreme Court or High Courts. The order of EC has no merit,” he told PTI.

The political parties, however, continue to oppose the idea for various reasons.

Communist Party of India leader D. Raja told The Wire that under the RTI Act, only public authorities are answerable. “Once I had appeared before Central Information Commission also and I asked them what do they mean by public authorities, they should make it clear, because parties like ours do not function on funds given by the government. We raise funds from our own members and supporters.”

As for making public the information about donations received, he said everything is placed before the income tax authorities. “Earlier we did not have to disclose details of donations less than Rs 20,000 and that figure has now been reduced to Rs 2,000, but we disclose all the details. Even when in party meetings the leaders receive donations, or there are ‘hundi collections’, they later deposit these and submit all the details.”

Moreover, he said, when it comes to disclosures to the EC too, whenever the elections come the expenditure details are submitted to the panel.

Raja said while all the major decisions the party takes are made public, the CPI was opposed to the idea of making public discussions that take place in the national secretariat, for instance. “We cannot reveal all those things. Then why should we have a party? We might as well have all the party meetings in a public park,” he said.

The CPI leader also said his party was opposed to corporate funding and even electoral bonds. “There is some element of anonymity in electoral bonds. They help big parties like the BJP, or else how could it have become the richest party. On a lighter note, its one day’s expenditure is equal to our entire year’s income.”

Both the BJP and the Congress have also openly opposed the CIC order in the past.

As far as the Congress is concerned, a few months after the CIC order was issued in 2013, the Manmohan Singh-led government had observed that calling political parties public authorities was an “erroneous” conclusion. In fact, his government had first considered bringing an ordinance but later decided to amend the RTI Act itself. In the urgency to amend the Act, perhaps for the first time, a secret cabinet note was uploaded by the government.

The Congress had, through its secretary in-charge of the legal department K.C. Mittal, gone on to question the power of the CIC, saying it was “neither a court nor is competent to exercise plenary jurisdiction”.

Mittal had also stated that the CIC had “no power even to decide upon its jurisdiction or interpret the provisions of the act and the definitions”. He had further claimed that the CIC had no adjudicatory powers and that the applicants who filed a petition seeking the disclosure of funding information had not been able to substantiate their argument that political parties were financed by the government.” This, he said, had made the CIC’s ruling “arbitrary and illegal”.

He also countered the claim that exemptions and concession granted to parties amounted to financial contributions by the government and said such benefits were also allowed to various organisations, individuals persons and bodies that were not under the purview of the RTI Act.

The BJP has also been opposing the CIC’s order. In August 2015, the Narendra Modi government submitted that the move to bring political parties under the RTI Act would have an adverse impact on their internal working and political functioning.

In an affidavit filed through the Department of Personnel and Training, the Centre had also submitted that “if political parties are held to be public authorities under [the] RTI Act, it would hamper their smooth internal working, which is not the objective of the RTI Act and was not envisaged by parliament”. Further, the Centre said that political rivals might file RTI applications with malicious intentions.

Activists demand parties be not given any government benefits, all existing facilities be withdrawn

In their submission to counter the reluctance of political parties to submit to the RTI Act, activists had urged the CIC to direct the Centre to “suspend all direct and indirect funding” to political parties as an interim measure since the parties are reluctant to adhere to its order. They had also demanded suspension of further land allotment at a subsidised cost, free voters’ lists, free Doordarshan and All India Radio slots and all other government-provided free facilities to political parties.

Moreover, activists had demanded that political parties should not be allotted any government accommodation and should be asked to vacate existing premises within a stipulated timeframe. Also, they said, the buildings constructed by parties on land provided at subsidised rates should be taken over by the government.

Agrawal had also demanded the suspension of all income tax exemptions on contributions made to by political parties.