The letter says the delay in implementation 'has created a strong perception that that your government does not wish to put in place an effective anti-corruption institutional framework'. 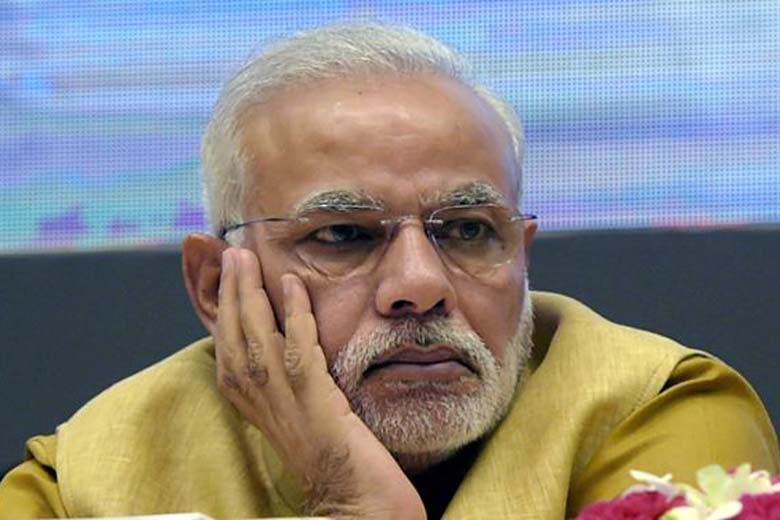 The letter says the delay in implementation ‘has created a strong perception that that your government does not wish to put in place an effective anti-corruption institutional framework’. 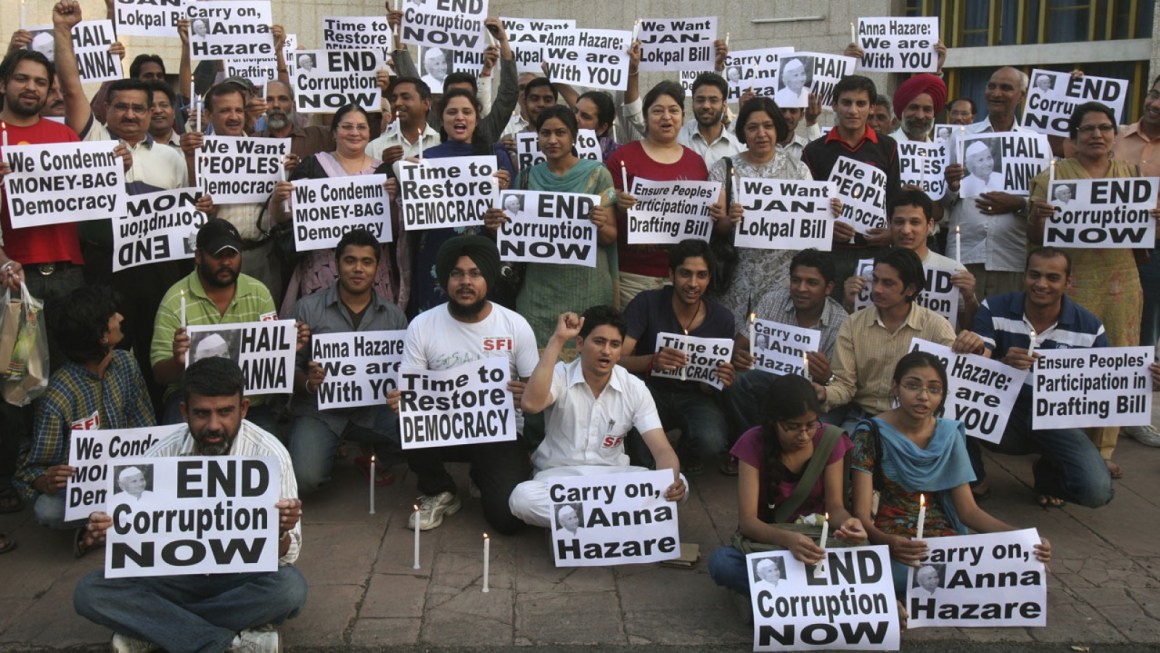 Four years have passed since the Lokpal and Lokayuktas Act 2013 was passed by parliament, but not a single Lokpal has been appointed. Since the Narendra Modi-government has used the premise of there being no leader of opposition to sit in the selection committee, civil rights activists have now written to the prime minister to take urgent steps to ensure the implementation of the Act saying “the undue delay in implementing the LL Act, in letter and spirit, has created a strong perception that that your government does not wish to put in place an effective anti-corruption institutional framework.”

No appointment till date

The letter by activists from the National Campaign for Peoples’ Right to Information (NCPRI) notes that the the Lokpal law was passed by parliament in December 2013 and was notified in the gazette on January 1, 2014. But four years have passed since the law was notified and not a single Lokpal has been appointed till date, it says.

“The Lokpal law was demanded by the people of the country as there was a need for an independent and empowered body to look into cases of corruption of public servants. The stated objective of the law is to ‘provide for prompt and fair investigation and prosecution in cases of corruption’. An important principle for ensuring independence of bodies like the Lokpal is that the selection committee responsible for making appointments to these institutions should not have a preponderance of members of the government and the ruling party,” the activists point out.

No legal barrier in recognising LoP

Stating that the Act provides for a “selection committee comprising the prime minister, speaker of the house of the people, leader of opposition in the house of the people, the Chief Justice of India (CJI) or a judge of the Supreme Court nominated by the CJI and an eminent jurist, as recommended by the chairperson and members (Section 4(1) of the Act),” the letter said, “despite the fact that there appears to be no legal barrier to prevent the recognition of a Leader of Opposition (LoP), in the 16th Lok Sabha no LoP has been recognised. As a result the selection committee under the LL Act has not be constituted and therefore no appointments have been made to the Lokpal”.

Further, it points out that the Lokpal and Lokayuktas (Amendment) Bill, 2016, introduced by the current government in parliament in July, 2016, for immediate passage, does not include a provision to alter the composition of the selection committee (to provide that in the absence of a recognised leader of opposition, the leader of the single largest party/group in opposition in the Lok Sabha will be included in the selection panel).

“In the absence of a recognised LoP, to operationalise the LL Act, a simple amendment was required to the law to provide that in the absence of a recognised leader of opposition, the leader of the single largest party/group in opposition in the Lok Sabha will be included in the selection panel for appointing the Lokpal. However, the Lokpal and Lokayuktas (Amendment) Bill, 2016 introduced by your government in parliament in July 2016 for immediate passage did not include this provision to alter the composition of the selection committee,” the letter notes. 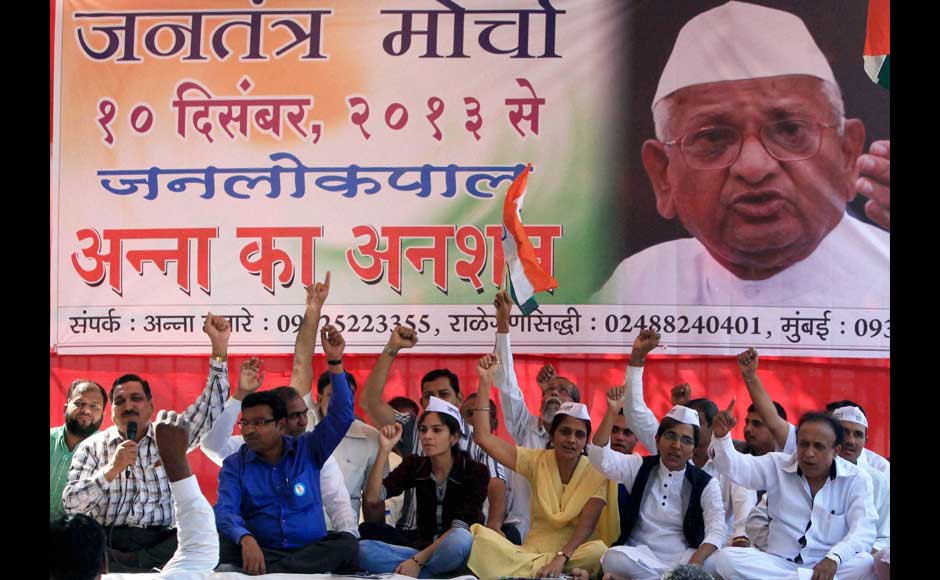 Rather than lending strength to the original law, the letter has charged that this amendment Bill, which was passed by parliament, fundamentally diluted the 2013 law by doing away with the statutory provision to publicly disclose the assets and liabilities of spouses and dependent children of public servants.

Further, the NCPRI activists have stated that when the matter of non-implementation of the Lokpal law was agitated before the Supreme Court, the judgment, in April 2017, recorded the Attorney General informing the court that an amendment to alter the composition of the selection committee was pending in parliament.

“Recognising its limitation in terms of being able to direct the legislature to pass the amendment, to ensure that there is no further delay in the implementation of the Lokpal law, the court held that under Section 4(2) of the law, a truncated selection committee (without the LoP) could appoint the Lokpal,” the letter says.

The NCPRI activists – Anjali Bhardwaj, Nikhil Dey, Venkatesh Nayak, Rakesh Reddy Dubbudu, Dr Shaikh Ghulam Rasool, Pankti Jog, Pradip Pradhan, Amrita Johri and Kathyayini Chamaraj – say that “while the judgment of the Supreme Court is welcome in terms of ensuring that the implementation of the LL Act is not further delayed, an independent and robust selection procedure is critical to ensure public trust in the institution of the Lokpal, which citizens across the country will look towards to effectively tackle the menace of corruption”.

But they lament that despite eight months having passed since this decision of the apex court, the Modi government has still not appointed a Lokpal. They say they hoped that to uphold the spirit of the law, the government would take immediate steps to ensure that the LoP is recognised or that the requisite amendment to change the composition of the selection committee would be urgently brought before parliament for passage.

This is “critical to preserve the spirit of the law as in the absence of the LoP, the search and selection committees for appointing the members and chairperson of the Lokpal would have an inherent bias towards candidates favoured by the government and ruling party, thereby defeating the very purpose of the law”. However, they underline how neither has the LoP recognised and nor has the government taken serious steps to ensure the passage of the requisite amendment in parliament in the monsoon session or the winter session, which is now drawing to a close.