Who really gains from the myriad 'reforms' being implemented in vehicular regulation? 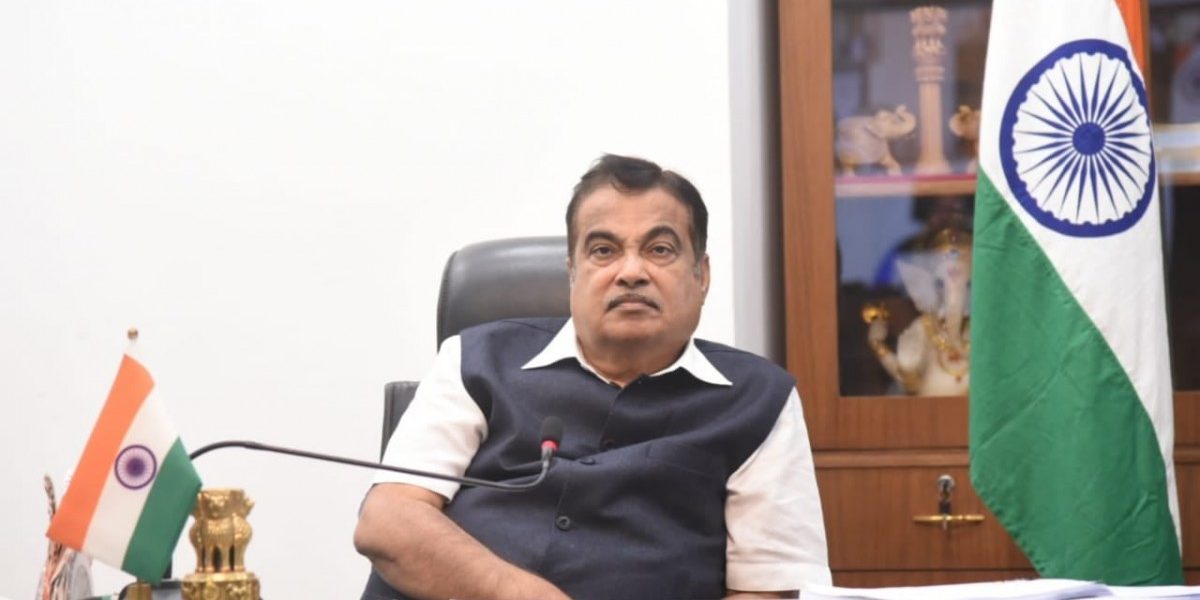 I bought my first car in 1982, a second-hand Fiat, for Rs 32,000. It was easy buying a car then: there were no non-performing assets then and you didn’t have to do multiple KYCs or reveal all the secrets of your life in order to get a loan, which is pretty much the standard operating procedure today. Assessing the car itself was even easier: one simply checked to see that it had an engine in front and a stepney tyre at the rear, and drove off with a hugely impressed wife.

The same exercise today is a nightmare, with one having to check for a range of gadgets which in our times could be found only in the cockpit of a Boeing 747: GPS, Park Assist, Reverse Assist, dashboard cameras, surround sound speakers, monitor screens, gauges which tell you when you need to refuel, when you need to change gears and when your next toilet break is due, and so on.

The actual driving was easier too, and much more fun. Petrol cost about Rs 8 per litre, one didn’t have to stop at extortive toll plazas every 20 km, one could make a U-turn at any point if one had missed the favourite dhaba, cops didn’t stop you for PUCs, HSRPs and not wearing masks. It used to take me eight hours from Shimla to Delhi; it still takes me that long in a car which costs 30 times my Fiat, running on petrol which costs 12 times more, on roads which have 12 lanes instead of the earlier two. In Delhi one could park anywhere, even in Khan Market or Connaught Place – today a parking slot in Greater Kailash will probably cost more than a two bedroom flat in East Delhi. And things are getting more difficult with each supposed brainwave of Nitin Gadkari’s. He has prepared an impressive toolkit of reforms for us, far more lethal than Greta Thunberg’s.

Every “reform” of this government (and here Arvind Kejriwal also has to share the blame) has some distinct features: it is ill thought out and badly implemented, what one famous economist calls “jhatka” rather than “halal” reforms; there is no stakeholder consultation; no effort is made to build up the required infrastructure before rushing through with the disruptive process; the public is never given an option – it has to comply, or else; the “reformee” is invariably required to shell out more of his hard-earned money, some crony or the other makes pots of money at the citizens’ expense; no one is held accountable for the mistakes and glitches.

Take for instance the HSRP (High Security Registration Plates) scheme which is more akin to a gold-plated scheme for some. I have been waiting for three months now, after having paid in advance, for my new plate and sticker to be installed. Appointments are not kept, helplines don’t ring, emails are not acknowledged, and after every aborted appointment I have to shell out another Rs 100 for a fresh date. Every single person I know has a similar experience. And to top it all, I can’t take my car out for fear of a Rs 5,000 fine.

Was the scheme at all necessary? Where is the evidence that it will bring down car thefts, the ostensible reason for introducing it? Everyone knows that stolen cars are not sold as a single unit (where the number plates may be relevant) – they are cannibalised within 48 hours and the untraceable parts sold off separately. In any case, fake HSRP plates are already available for the asking, at less than the official price! Even a certified idiot (and there are plenty in the government) could have told Kejriwal that affixing 40 lakh registration plates (in Delhi alone) was a mammoth task for which the needed infrastructure should have been created first – plate manufacturers, dealers, affixation teams, proper software – before issuing deadlines and imposing fines. A large number – maybe 40 or 50 – vendors should have been empanelled for the job, instead of favouring just a couple who will take years to do it, by which time, according to Gadkari again, our cars will have crossed the 20-year age limit and will have to be trashed!

So who gains? Well, if you haven’t figured it out yet, do the maths, folks. At Rs 1,300 for a plate-sticker combo, for the 40 lakh cars in Delhi itself, that comes to Rs 520 crore. Assuming a profit margin of 25% (it’s probably much more), that’s Rs 130 crore to be shared by just a couple of fat cats, an atmanirbharta that will last them a few generations. No wonder an activist-lawyer has filed a PIL in the Delhi high court alleging a massive scam in the whole deal. But, as usual, that case will probably be heard after the last HSRP has been installed, though I wouldn’t bet on that either. And that’s only Delhi. For the country as a whole, there were 253 million vehicles in 2017 – that’s a lip-smacking pie of Rs 30,000 crore. Now, I wonder: how many MLAs could one purchase with that?

Take the FASTag scheme, still a work in progress (like most of this government’s plans, even seven years down the line). One cannot fault the basic idea, but why make it mandatory? Why not leave at least two lanes for cash payers? Regulars on the toll roads would themselves opt for it, but the once-a-year types (like me, going to Shimla from Delhi) would prefer to pay at the toll booth, rather than lock up their moneys and go through the hassle of obtaining/charging their FASTags. Because there’s plenty of money involved here too, folks, for some lucky types and the banks. For each tag one has to pay an initial Rs 200 and thereafter maintain a minimum balance of Rs 150 in your FASTag wallet at all times. So far 21 crore tags have been issued, so that makes for Rs 4,200 crore spent on the purchase and Rs 3,200 crore locked up for ever as the minimum balance. There is an additional security deposit of Rs 200, so that’s another Rs 4,200 crore with the banks which in due course will be converted to NPAs. It still takes between 15 and 25 minutes to cross a toll plaza: not all motorists have the grand vision or Alexander-like impatience of Gadkari. This scheme too has now been challenged in the Bombay high court.

I am not even going into the highway robbery of toll roads, which appear to be the only type of roads now being built by NHAI. The road tax we pay when purchasing a new vehicle should be the means of financing new roads, not an additional toll-tax. There appears to be a Shylock kind of gouging greed involved in charging toll tax, which delivers Rs 36,000 crore to the government’s kitty every year. And this tax is the perfect example of attainment of immortality; it is supposed to end after a few years, when the franchisee has recovered his costs of construction and reasonable profit, but it goes on and on. Some years ago the Delhi high court had to order that toll fee would no longer be charged on the DND highway. Now the Bombay high court has issued a similar notice to the government for the Mumbai-Pune expressway.

Gadkari, however, has an inventive mind, and he has more goodies lined up for your toolkit. He has just announced that, in a few years, even FASTags will become superfluous as every vehicle will have a GPS which will track it constantly, and every time it crosses a toll plaza the fee will automatically be deducted from your digital wallet. Of course, it also helps that the government can also keep constant surveillance on your movements at the same time. The toll fee is only small change, the real payback will be in tracking all those anti-national seditionists to their dens.

And just when you have installed all these gizmos in your car, and locked up more of your money in various dedicated wallets, it will be time to trash your car. No coherent policy for this has been announced so far, but you can bet your frozen DA instalments that one of the “hamare do” (it may have become “hamare char” by then) will be driving this gravy train when it is flagged off. Gadkari may pretend that we are a high-income country but the fact is that we are a low-middle-income one. Your average Joe cannot afford to buy a new car every 20 years; no sensible country condemns cars on the basis of their age, but does so on the basis of their fitness.

The touted objective of the government is to improve the environment, but in fact the reverse is true.There are 6.8 million light vehicles older than 20 years, the vast majority fitness compliant; scrapping them overnight will create millions of tonnes of non-biodegradable waste. Where is the policy for their recycling, and where is the infrastructure to handle this mammoth challenge? Middle-class people who have saved their last penny to buy an aspirational car and kept it in good condition are suddenly being told that they can no longer drive them. Would it not make more sense to tighten pollution norms rather than impose an unbearable burden on the common man and further ruin the environment? No, sir, it’s not concern for the environment that is driving this policy but concern for the the favoured 1% of our capitalist HNIs: the scrapping will lead to the sale of at least two million additional LCVs every year – the auto industry is already licking its chops and queuing up at the SBI counters to buy some more electoral bonds.

And where does this madness, this pretence of being a $5-trillion economy when we are actually a $2 trillion one and sliding back, stop? A friend who is in the government has pointed out with irrefutable logic that, by the same reasoning, all houses and buildings which are more than 50 years old should be demolished because their engineering is out dated, the materials not eco-friendly, they are not energy efficient, they have poor sanitation, they pose a risk, and so on. I’m not joking – this may happen post 2024 because, in the eyes of this government, R.K. Laxman’s common man is not just endangered, he is extinct.

So prepare for the new toolkit for your car. If you already have the standard toolkit in your boot, get rid of it fast. The tools in it can land you in jail for they can all be used against the state: the screwdriver to turn and twist young minds, the wrench to throw a spanner in the government’s works, the jack to “raise” anti-national slogans, the wire to light the fuse of dissent. There are toolkits and toolkits, and Greta Thunberg’s is not a patch on Gadkari’s when it comes to raising hell with your life.