In a letter to the Railway Board chairman, Amitabh Kant sought the formation of an ‘empowered group of secretaries’ to push forward the Rs 1 lakh crore project. 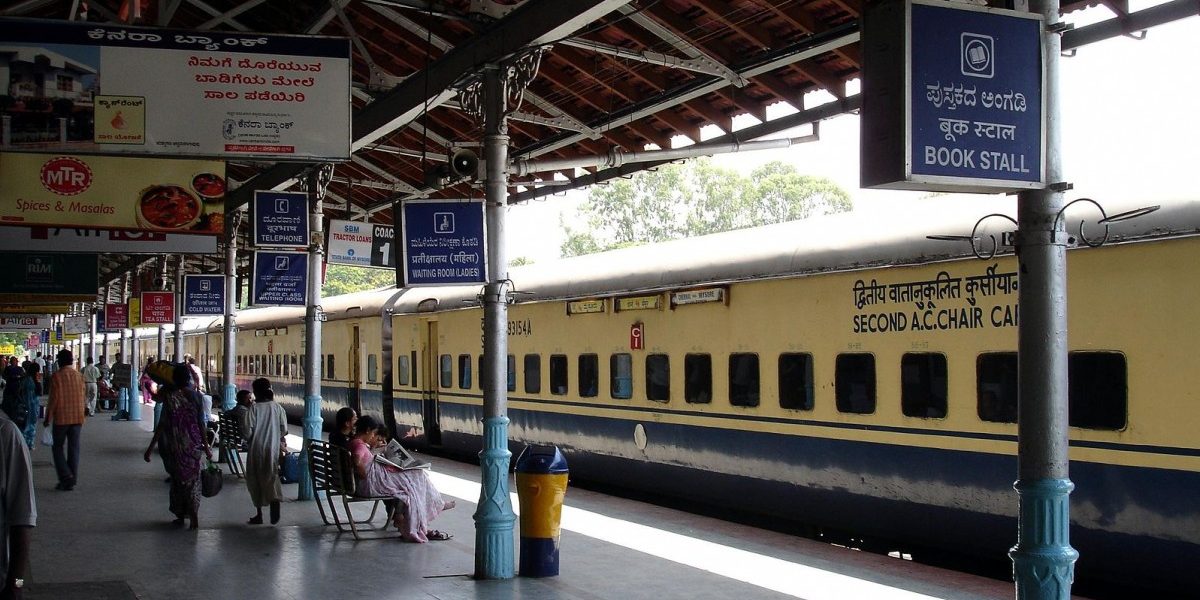 New Delhi: Perturbed over the slow progress of the Indian Railways’ station redevelopment work, the NITI Aayog has sought the formation of an ‘empowered group of secretaries’ to push forward the Rs 1 lakh crore project.

In a letter written to the chairman of the Railway Board on October, a copy of which has been seen by The Wire, the CEO of the government’s think-tank, Amitabh Kant, has criticised the prolonged delay in a station redevelopment project which has been “going for several years”.

In the letter, Kant suggests that an empowered group consisting of various secretaries and concerned railway officials will help speed up the project in a “time bound manner”.

The initiative, however, has failed to take-off in recent times, even after the Centre increased the lease period from 45 years to 99 years in order to attract major real estate players.

Before writing the letter to the Railway Board chairman, the NITI Aayog CEO had a detailed meeting with the railway minister. Sources say that  it was felt that an Empowered Group is the way forward to execute these rail projects.

“As you are aware the Ministry of Railways was required to take up 400 railway station projects to develop them as world class facilities. Despite the fact that the aforesaid commitment was given for last several years, actual implementation of the same has not happened except for a few isolated cases in which a few stations have been taken up through EPC Mode,” the letter stated.

Kant further wrote, “I had detailed discussion with the Minister of Railways wherein it was felt that there is a necessity to take up the matter on priority for at least 50 stations.”

Comparing the railway’s progress with what has been achieved in the aviation sector, the NITI Aayog CEO said, “Considering the recent experience in privatisation of 6 airports a similar process for setting up an Empowered Group of Secretaries comprising of CEO, NITI Aayog, CRB, Secretaries of Department of Economic Affairs and Urban and Housing Affairs may be constituted to drive the process in a time bound manner.”

It appears that the NITI Ayog also wants the empowered group to take over the reins on driving private train operations.

“As you are already aware that the Ministry of Railways has also decided to bring in private train operators for passenger train operation and is contemplating to take up 150 trains in the first phase. This would also bring in a paradigm shift in the operation of passenger trains over Indian Railways. The aforesaid Empowered Group of Secretaries may also be also be tasked to drive this initiative also,” Kant said in his letter.

The move to privatise train operations, a potentially bold move by the government, was included in the 100-day action plan of the national transporter. As per the plan, about 150 trains at an estimated cost of Rs 22,500 crore would be offered to private players for running passenger trains on 50 high-demand routes.

“For effective implementation of both these projects Member Engineering and Member Trafic, Railway Board, may also be co-opted in the Empowered Group,” Kant notes.

While the Railways aims to earn about Rs 50,000 crore over the next 10 years from commercialisation of rail land near stations, the ambitious project is expected to involve expenditure of over Rs 1 lakh crore – Rs 80,000 crore in commercial exploitation and Rs 35,000 crore in station redevelopment. It has allowed joint ventures with states, public sector participation, public-private partnership (PPP), and the engineering, procurement, construction (EPC) models as well.

Also read: How Successful Has the Railways Been in Implementing Its 100-Day Action Plan?

Other agencies, such as the Indian Railway Stations Development Corporation Ltd (IRSDC), have also been roped in to carry out the station redevelopment exercise.

Since the railways is losing money on its passenger services business, it wants to transfer some operations over to the private sector.

Concluding his letter, Kant says, “It is requested that the matter be considered suitably and necessary orders of the Railway Minister may be taken.”

The Wire has reached out to the Niti Aayog with a questionnaire and this story will be updated if and when a response is received.